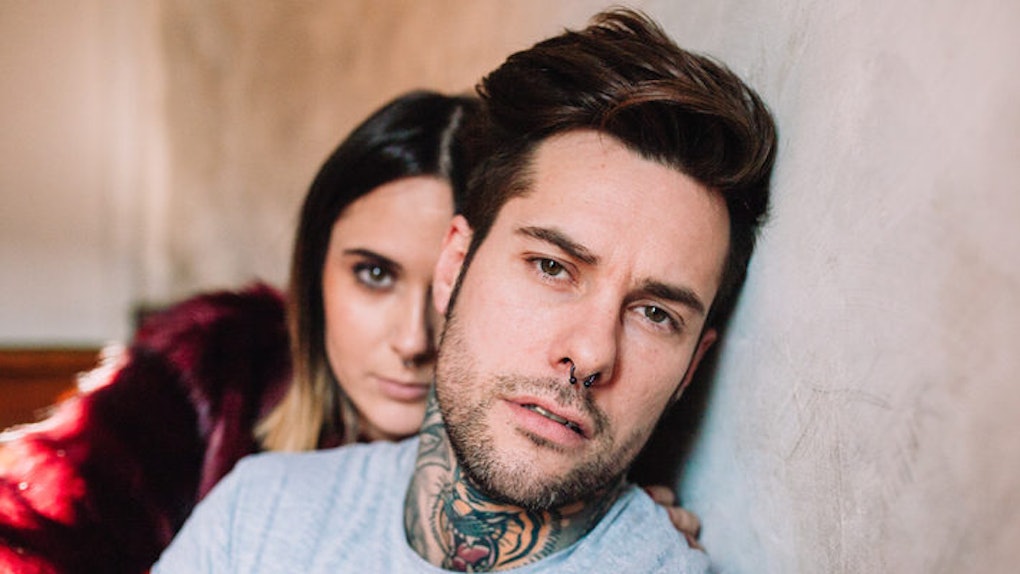 That being said, I understand that trying to figure out the difference between the two can be confusing. I mean, let's be real here: You're not a mind reader. How in the world are you supposed to tell the difference between someone not being interested and someone pretending to not be interested? If you're dying to figure out how to tell if she's playing hard to get, well, you've come to the right place. With the help of some excellent doctors, let me break it down for you.

Before we dive into all of the different signs, Dr. Kathryn Smerling advises you take a second and consider if this pursuit is even worth it. "If you really think about it, if someone is playing hard to get or they are not into you, you have to decide if you want to put in the effort to pursue the person and (hopefully) win them over," Smerling tells Elite Daily. Do you really like this person enough to try to figure it out and win them over? If the answer is yes, then it's time to dive in.

PLAYING HARD TO GET: Her body language says "Yes."

Listen, this girl is probably never going to make the first move on you, but Dr. Gary Brown, a prominent couples' and dating therapist in Los Angeles, says she’ll be giving you all sorts of encouraging signs that she wants you to make the move via body language. Some signs to look out for? Brown says she might maintain eye contact for slightly longer than normal when she spots you across the room, or she might give you a real hug instead of a platonic pat on the back.

DOESN’T LIKE YOU: Her body language is more screams "Get away from me."

“You can tell by body language and really just reading the situation that someone is truly not interested,” explains Dr. Smerling. Does she smile when she sees you? Does she look you in the eyes when you talk? If the answers to both of these question is a resounding no, Dr. Brown says she’s probably not interested.

PLAYING HARD TO GET: Takes a while to text you back, but always responds.

In an effort to play it "cool," she’s going to take her time texting you back. When you text the woman who’s playing hard to get. Dr. Brown explains that she “won’t reply very quickly.” That being said, he says she’s not going to wait too long. A few hours? Normal. A few days? Move on.

According to Brown, a clear sign she’s not into you is when “she doesn't return texts or phone calls.” When you open up your conversation with her, it's an endless string of blue bubbles gone completely unanswered. Don't let the one grey bubble from three days ago be your only source of hope. If she's not responding, chances are it's because she's not interested.

PLAYING HARD TO GET: You can never quite tell how she feels about you.

She's pretty guarded, so she might not verbally admit her feelings. But based on her actions, you can tell there might be something there. Bottomline: She's confusing. Even when you ask her out, she’s not going to be totally clear, says Brown. “She doesn't exactly say 'yes,' but also doesn't say 'no,' nor does she make it easy for you,” he explains.

She told you to your face that it's literally never going to happen, and her actions back that up. “You reach out and she doesn't respond, which likely indicates she doesn't have you on her radar,” says Brown. Nothing to be confused about here. Move on.

PLAYING HARD TO GET: Waits for you to add her on social media, gives it a few days and then accepts your requests.

“She wants you to make the first move on social media,” says Brown. But, hey, at least she's not opposed to being friends with you.

DOESN'T LIKE YOU: Never accepts your requests, and maybe even goes so far as to block you.

She doesn't want you anywhere near her or her cyber world. Sorry pal.

PLAYING HARD TO GET: Doesn't give you the time of day, but somehow, all of her friends know who you are and love you.

You assume you mean legitimately nothing to her because she plays it so freaking cool, but when (yes, when) you meet her friends, it's obvious they all love you and have heard a ton about you already. “Her friends tell you that she's into you, even though she hasn't told you so,” says Brown, adding that all her friends seem to know about you.

According to Brown, if “a friend you have in common lets you know she's not interested,” that’s a pretty strong sign she’s… you guessed it… not interested.

PLAYING HARD TO GET: Just so happens to be at all the same events as you.

If you mention you’re going to Becky’s birthday party on Tuesday, and she just so happens to be at Becky’s birthday party, that’s probably a coincidence. If you RSVP’d yes to Alex’s barbecue on Friday night and she just so happens to be there as well, that’s still a (slightly more promising) coincidence. But if she’s legit showing up to all of the events you’re going to, Brown says that could be a sign she’s into you. “She just happens to be in the same place that you are — more than once or twice,” he says.

DOESN’T LIKE YOU: Maybe she’s at the same event, but she couldn’t care less that you’re there.

OK, so you guys just happened to bump into each other once at a party. You might as well be on different planets, as far as she’s concerned. “When in the same room, she gives you no special attention, verbally or non-verbally,” says Brown. Oh, and if she’s into someone else, you can bet your bottom dollar she’s going for it. “You're in the same room of people, and she's clearly interested in someone else,” says Brown.

I really, genuinely hope for your sake that she's just playing hard to get. But if you read this list thoroughly and it turns out she just doesn't like you... it might be time to move on.

This post was originally published on 1/19/17. It was updated on 8/9/19. Additional reporting by Candice Jalili.