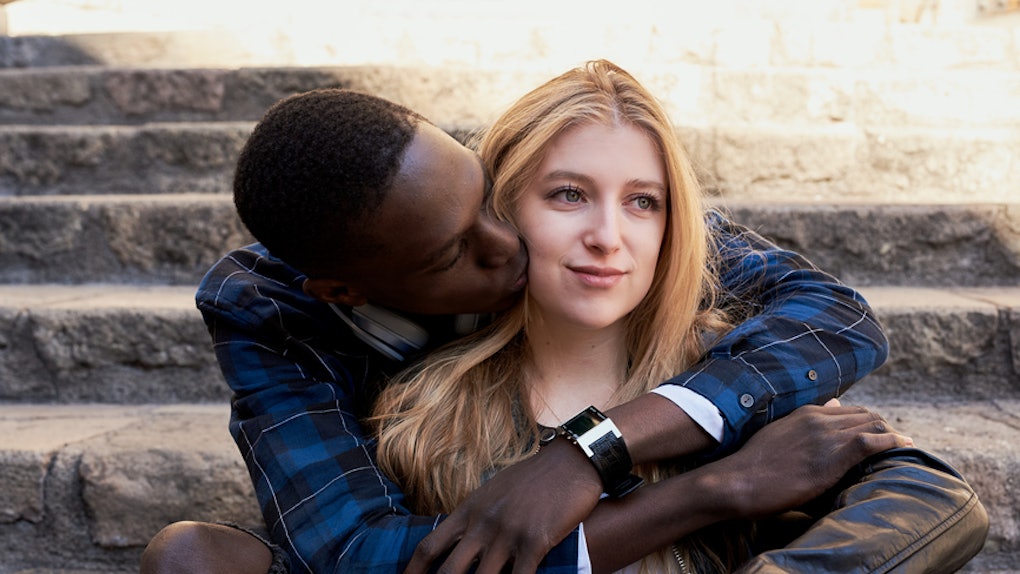 Does Playing Hard To Get Make Them Want You More? 21 People Reveal The Truth

When you like someone, do you intentionally play hard to get? Do you play it cool (cold, even) or do you think honesty is the best policy? I've never been very good at hiding what I’m thinking. Whatever the opposite of a poker face is, that's me, so when I'm interested in someone they pretty much know whether I want them to or not. When it worked, I would think, "Yeah, honesty is the best policy, playing mind games is for suckers." But when it wouldn't, I'd inevitably wonder, "Does playing hard to get make them want you more?" And I'd wish I had played the game better by acting like I wasn't totally crushing on them.

Conventional wisdom largely holds that we only really want what we can’t have, so, of course, you have to play coy and really make them work for it. But in reality, especially these days, is that idea totally outdated? Is playing games less intriguing than just putting it all out there and keeping it real? Apparently, I am not the only one who is feeling confused on the subject, because someone who was wondering the same thing posted "What are your thoughts on 'playing hard to get'?" on reddit, and honestly, people's answers surprised me. Here's what they had to say.

Some Guys Were Really Into A Girl Playing Hard To Get

It's a good way to filter out the time wasters from the people who are serious about you, in my experience.

Some guys will message a girl 50 times a day, buy expensive gifts, be their chauffeur, and basically declare love to them within the first week. That's how you turn a girl off. "Playing hard to get" in the sense that you hold yourself back, demonstrate that you're busy with other commitments, and that you have important things in life is showing your value and should absolutely be done.

Depends on how hard. If it's the flirty kinda teasing hard to get, that's fine. If it's the kind where you need to chase her, I ain't going for it.

I'm apparently in the minority here, but I find it to be extremely appealing to an extent. And its only attractive digitally (texting/snapchat/etc...) it lets me know that you aren't addicted to your virtual world, but when we're actually spending time together, if you aren't giving me a reason to believe you're actually into me, then I will probably give up on trying. But if I send a girl a text and she ignores me, it makes me want to be more a part of your life. I'm also really bad at texting people back, so I don't feel as guilty about forgetting to text back if we're both doing it.

You don't want to appear too eager, but that's a pretty high-bar these days. Don't play hard to get; just take a deep breath and don't be up under folks the minute you meet them.

I think IRL hard to get arises from the whole "hunter and prey" mentality of a girl doing all the inviting and a man doing all the chasing. The whole "push and pull creates tension" thing. I think it's good for a girl to slightly test the guys levels of interest but not to a point where it becomes boring or suggests that she doesn't like him.

I love it, and I can say with confidence that all men love it and want women to do it more.

A Couple Were On The Fence

Just don't fawn over people and it's fine. that's as hard to get as i really want. if you make it hard to see you, i generally assume it's a lack of interest.

One more opinion on the heap: playing hard to get is for casual relationships. If you are going for a one night stand, don't just hop in bed with a guy, make him work for it, but keep giving him hints that he is "winning" the game. Both of you will have a better time for it. But when you meet the right person, throw that out the window. Don't d*** around with games. Just get to know the person and enjoy yourselves. That will lead to a deeper and more stable relationship.

However, The Vast Majority Of Guys Were Very Strongly Against It

They don't realize that they aren't playing hard to get, they're playing "Hard to want"

Ain't got no time for that s***. If you like wasting time with playing hard to get, odds are you are a high maintenance pain in the a**.

It's s***y and counterproductive.

Playing hard to get is just playing a mind game. Emotional/mental Manipulations of this sort are a huge red flag. Also, most of us non-douchebag men try to respect when a woman says no, so the only guy that's going to pressure a woman who's already said no are of the douchebag variety.

Its a instant "bye" from me. I find it incredibly annoying and I treat it as a mayor red flag. Also bonus points for every women who played "hard to get" and then complains about their partner don't take them serious.

Don't do it. If you know she likes you, and you like her, why take more time than necessary to get to the point?

I work 40+ hours a week, I have a lot of projects at home, I have a dog, and I have hobbies (that I haven't been able to do much lately). Where do I have time to fit in a person's games? I'll pass on a person doing that, this isn't high school, we are both adults.

F****ing childish. If you're into me, tell me. If I'm into you, I'll tell you. I don't have the patience for games, and in today's hyper sensitive society I'm not going to push anything. If you don't seem interested, I'll take it at face value.

I don't waste my time with it

A woman can very much play hard to get if she wants to, however, i'll play easy to disappear.

A lot of people thrive on the dynamic those levels of flirting bring, that tension, the pursuing, the chase, etc., but I can't stand "the game". I'm thirty f***ing years old, we should be able to be polite, respectful, straightforward, and still be sexy about whatever with each other. But then again, I'm also terrible at "the chase". I'd probably like it more if I was intentionally good at it.