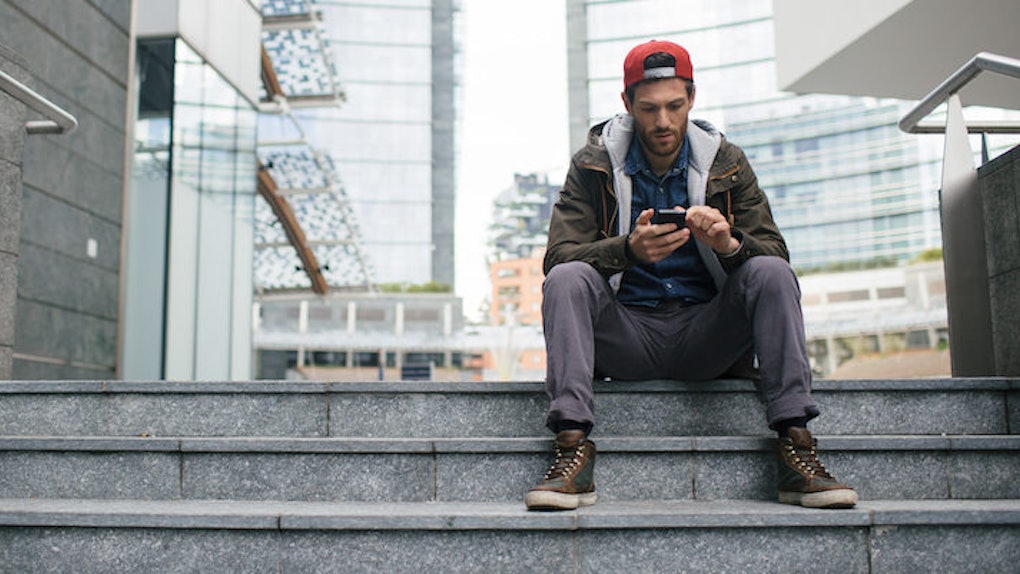 Guys Confess Their Thoughts When A Girl Ignores Their Texts

I overthink everything, so when it comes to texting, you best believe I'm the absolute worst.

If I'm texting with you, I expect to be answered in a timely manner. Of course, I never take into account what the other person may be doing, if their hectic schedule prevents them from checking their phone, or if they're just ignoring my texts.

But my phone seems to be glued to my side at all times — whether next to my computer at work or next to me in bed (you know, to fill in for my nonexistent boyfriend).

So, when you don't respond to my text right away, I tend to bug out.

I just don't understand how someone can brush over a message. I could be parachuting out of a goddamn airplane, and if I felt my phone buzz (because, you know, I have excellent service in the sky), you can sure as hell bet I'm going to check it and respond.

And believe me, there are guys around the world who share similar feelings when it comes to a girl ignoring their text messages.

Lucky for us, they took to Reddit to express what they think when a girl doesn't text back:

He thinks you're ignoring his text to spite him:

He thinks you actually hate him:

He thinks you'll just answer when you feel like it:

He thinks something probably came up:

He thinks it's just part of being an adult:

He thinks it means you're just not that interested:

He thinks maybe his own mindset isn't the best when it comes to texting:

He thinks it depends on what your relationship is like:

He thinks it's OK for your thoughts to vary:

He thinks a follow-up text isn't a bad idea:

He thinks we shouldn't get too hung up on it:

He thinks there are plenty of other fish in the sea:

He thinks he's way too old to play games like that:

He thinks it's time to move on:

Clearly, most guys freak out when you don't answer their text, so I'm in good company here. Your takeaway from all this? Don't leave a guy hangin'... text him back!