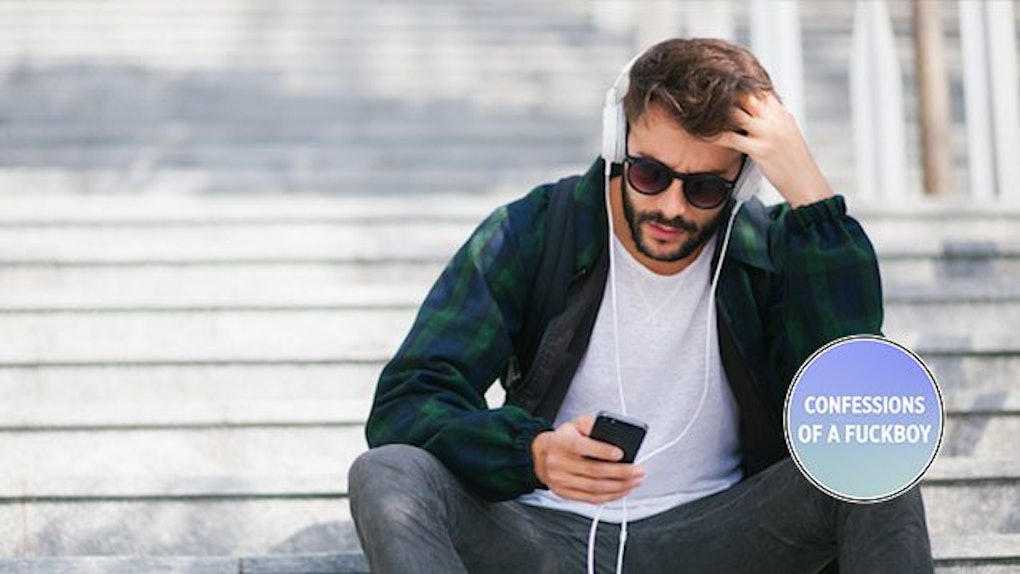 What Guys Really Think When You Say You're 'Busy'

I know this girl named Isabella. She studies fashion and ignores her father's phone calls and talks faster than a flight to Philly from NYC. She doesn't like me.

Sure, she liked me enough the night we met, when she needed someone's ear to chew over her recent breakup. And the next morning, too, when she was too shook to ride the subway back to Brooklyn by herself.

Since then, nothing. Isabella's been busy. So busy. Like, busy on Mondays, busy on Tuesdays. She's busy on Wednesdays, Thursdays, Fridays. Her weekends are packed.

Of course, she doesn't. She just doesn't like me and doesn't want to talk. That's fine.

Instead, she's playing The Busy Game.

She must have three jobs and three kids and three homes in three different states.

Like most men, I don't understand the point of the busy game or why women consider it their most trusted put-off tactic. Like, we're already texting. Isn't that enough of a buffer?

Also, do you think we believe it? Do you think we don't know what you're doing? We're not the smartest men in the world, but nobody is this busy.

Beyoncé isn't this busy. And Beyoncé wouldn't pretend to string us along like this (another reason Beyonce is the best).

If you want to be as much like Beyoncé as you all say you do, don't insult our intelligence and pretend to string us along. Say it won't happen. Shoot us straight down like Bey would.

Or don't answer. Anything else.

What's the worse that can happen? It's just texting. Am I going to come through the screen in a fit of rage?

Who cares about letting strangers down easy? Who is your "politeness" helping?

Don't push me off like a problem for another day, especially AFTER you've given me your number and answered a few texts.

If you think I'm that stupid and don't know what's going on – this is really the third week in a row you have friends coming from out of town? — then I'm going to make your life miserable and keep asking. Just out of spite.

I've texted Isabella every week since the beginning of December. I don't even want to go out with her anymore. I just want to see who breaks first.

Maybe next week. She's got a lot going on right now.

(You gotta have fun with this dating shit or you'll drive yourself insane.)

The best part is, I don't know if Isabella is playing the game with me or if she actually thinks I think she's still really busy.

I know she isn't busy. But does she know I know? How could she know? She doesn't know me.

She might think I really think she's going to say yes one of these days. That's a problem, I guess. But it's kind of not because I'll never see her again.

If there are any women out there who actually think we're buying your busy bullshit, let me clear the air.

Men know that when you play The Busy Game, you're doing one of three things. You're always pushing us off as problems for another day, but for one of these three reasons:

1. You have absolutely no intention of ever seeing us as anything other than an unsaved number on your phone. But you're “too nice” to just say no. In this case, spare me. You're not too nice because you're not saying no. Saying “no” is what's nice. What isn't nice is lying.

2. You might have some sort of tangential interest in us, but you've got a person more pressing you're either committed to or worried you won't be committed to for long. So you're using us as love insurance. In this case, just say so.

3. You're actually busy, which we'll never believe because of the prevalence of the first two options. This situation sucks for you, it sucks for us, it sucks for everyone – and the Busy Game players are to blame.

In this light, I offer an impassioned plea.

Women of the world: Please ditch The Busy Game. Give us the fake number instead.

It would all save us a lot of time, and we need it.

Haven't you seen our schedules?