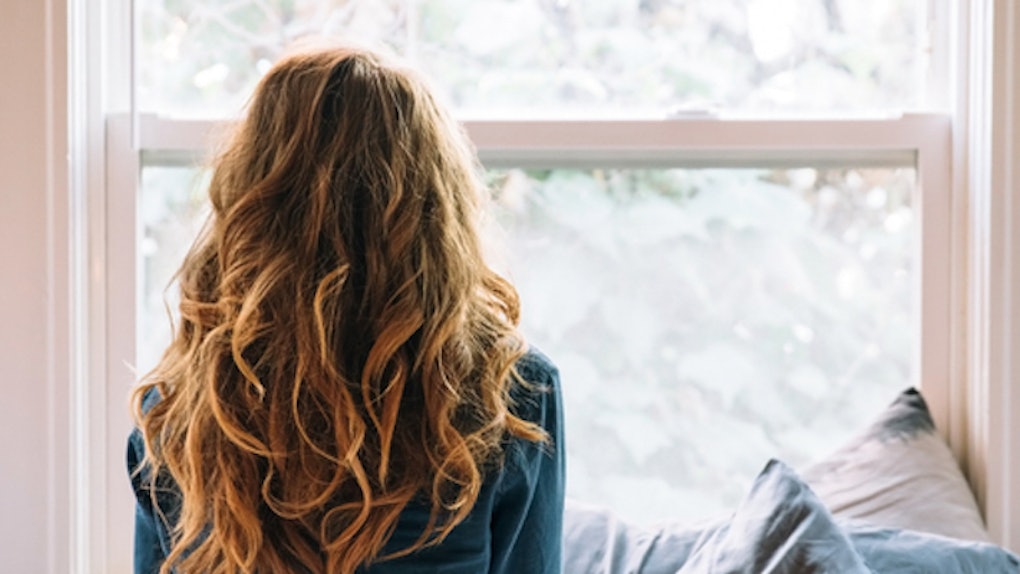 I had just moved to a new city. I barely knew anyone, and I found myself getting friendly with a guy I'd briefly met on my first day.

He worked at the university, and his personality intrigued me. He was the sort of guy who didn't take no for an answer.

He had the confidence to walk right up to me and strike up conversation. He asked for my number, and he took my shyness as an invitation to try harder. He wouldn't leave me alone until I agreed to go out with him.

His authority, his persistence, his confidence, well, to say I found it incredibly attractive was an understatement. This guy knew what he wanted and nothing was going to get in the way of that. I admired this, and I was certainly interested.

As the weeks passed, I met with him a few times. One evening, after a stressful day at work, he invited me round for a take-out and movie night.

I got lost on the way to his flat. I didn't know this part of town, and using Google Maps on my phone wasted half the battery before I even got there.

When I finally found my way, we ate food, had a catch-up and then settled down to watch a movie. Soon it was very clear to me he had more planned for the night than simply, "Netflix and chill."

I politely told him I wasn't ready, I continued to remove his lingering hand from my thigh and tried to move to the chair away from him.

He kept moving closer. He kept touching me when I asked him not to. He kept laughing that I was too "uptight," "frigid" and that I should "loosen up and relax" as he continued to kiss down my neck.

Suddenly, his forwardness and confidence didn't seem so attractive.

His "I refuse to take no for an answer" approach wasn't charming. It was frightening, and I was afraid of what would happen next. I didn't know what to do.

I no longer felt like a person with thoughts or feelings, instead just an object, a task, an accomplishment. I felt like a hobby he had been patiently waiting to tick off his list, and it was terrifying.

My phone was dying – he had taken it out of my hand as it was "distracting me away from him."

The more he kept trying to kiss me, the harder it was to get him to stop. Although I was scared — hell, I was terrified — I somehow managed to push him away long enough to stand up.

With a nervous, shaking voice told him I wanted to go home. Sitting up on the chair, he laughed at me in a patronizing, spine-tingling way before delivering to me an ultimatum:

"I'll give you two choices," he chuckled, "one, you stop being so uptight, take your clothes off, march yourself into my bedroom and I'll personally drive you home afterward. Or two, you put your coat on and find your own way home."

I couldn't believe what I had just heard. Maybe it was the adrenaline or the wine was kicking in, but I didn't even say a word as I picked up my coat and made as much noise slamming the doors behind me as I left.

Once outside, safe and away from him, I sat down on the side of the road and began to cry as the realization of what had just happened hit me.

My phone was dead; it was 2 am; I had no idea where I was or how to get home.

It was the most scared and vulnerable I had ever been in my life, and I was proud of myself for being able to stand up to him and defend myself, as it showed me how quickly situations like that can escalate.

Of course, he tried to contact me after that, laughing it off saying I made it sound worse than it really was. People who act this way tend to never think their actions are unacceptable.

But no one has the right to give you an ultimatum that effects your own safety for their own personal gain — I repeat: no one.

If this happens to you, stand strong and walk away. If he continues to sexually harass you, tell someone you can trust and figure out a plan for stopping his advances in the future.

The only way to stop wrongdoing is to stand up to it when we see it happening. So if this happens to you or if it happens someone you know, take a stand.