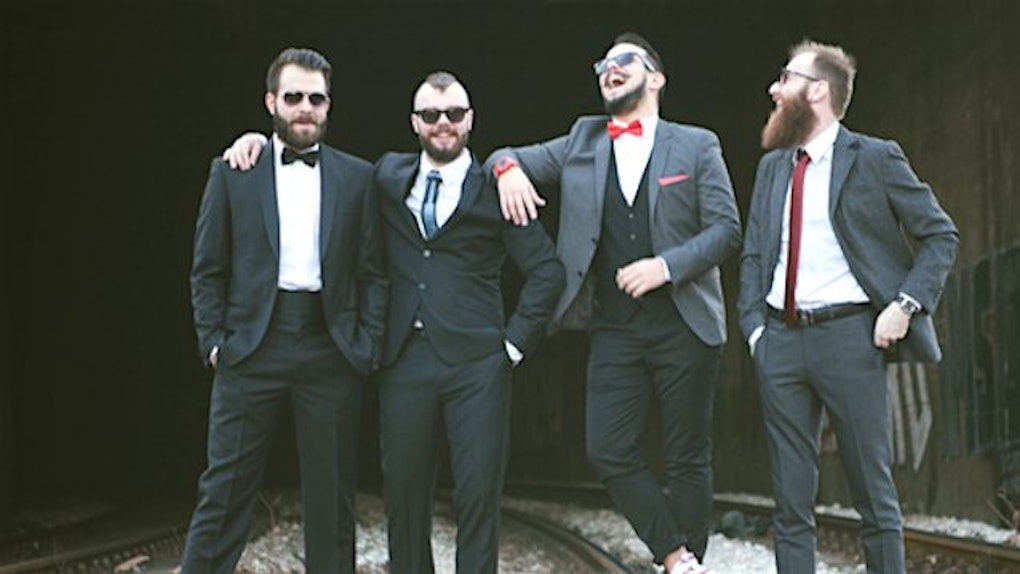 Groomsmen Admit Why They Ruined Their Friend's Wedding

When you ask your top bros to stand by your side on your wedding day as your groomsmen, you hope they'll have your back no matter what.

Even if the open bar is calling their name or there's a hot bridesmaid they're trying to hit on, you expect them to ditch all of that for a little while (at least) and do what you need them to do until the party starts.

But it doesn't always work out that way, and your best dudes might mess up — sometimes on purpose.

Read the reasons why these six groomsmen sabotaged the groom's wedding (and try not to roll your eyes):

1. I had feelings for the bride.

I always had this major crush on the bride, and I wanted to stop the wedding because I was a combo of immature and drunk. I hid the groom's tux in another room so he couldn't find it. I don't know what I thought would happen. He found the tux. I never told the bride I liked her. That's the end of the story.

I started drinking at like 7 am on my bro's wedding day. I was hammered by 11 am, and that's when we started taking pictures and stuff. I gave him bunny ears in every photo, and when the photographer asked me to stop, I stuck my tongue out in every photo. I was a terror on that day, but I blame it on the alcohol.

I was a groomsmen for my good friend, and he was an asshole during the whole thing. He just treated us like shit the entire time. He made us show up early and rent a really expensive tuxedo. You'd think he was a bridezilla or something. I was pissed at him, so I purposely didn't show up until the ceremony started. He was calling me all morning and pissed I wasn't at the hotel.

4. I thought it would be funny.

I thought it would be funny to tell the groom the bride called the whole thing off. So I did, and he went into panic mode and started to cry. I felt so bad. I let the joke linger for a good 30 minutes, and when I finally told him, he practically passed out from the roller coaster of emotion.

Weddings can be boring, especially when there are not hot girls there to hit on. I wanted to stir up some drama, so I told my friend I had hooked up with the girl he was marrying a few years ago. He punched me in the eye, so I got a black eye. Looking back, it was stupid, but I was bored and low-key drunk.

I was a groomsmen with all my frat bros, and we decided to haze the groom before the wedding. We made him drink half a bottle of vodka. He was so drunk. The bride found out and was so mad. Luckily, we had four hours before the ceremony started to get him as sober as possible.