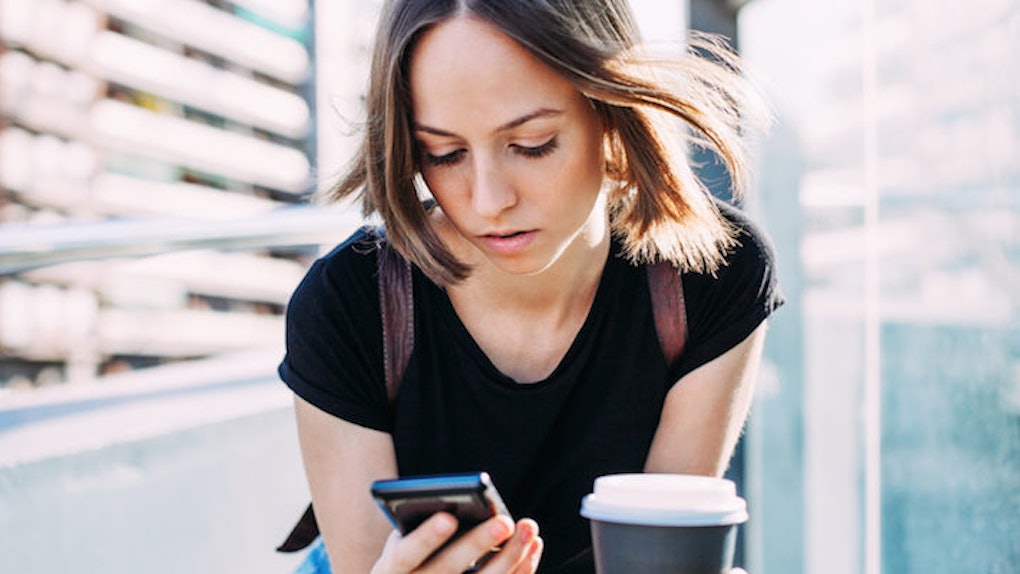 In Defense Of Ghosting: 5 Times Cutting Ties Is The Only Solution

Most of us are aware ghosting allows you to completely cut yourself off from someone, to the point where you are unreachable, unseen and essentially dead to this person.

I only recommend ghosting to those who are having an especially hard time getting over an ex.

If your ex cheated, told an unforgivable lie or did something inexcusable, and you're finding it impossible to move on, it’s time to give him or her the silent treatment.

Now is the time to ghost your ex.

Here are the reasons why it works:

1. Ghosting gives you the opportunity to move on without hard feelings.

If you and your ex are moving on semi-amicably — meaning you're friendly with each other, but one drink too many could send you off into a tearful monologue in which you admit you're still completely heartbroken — ghosting allows you to save yourself from saying something you'll regret.

It will let you move on without those last, harsh parting words.

Ghosting allows you to keep your dignity, all while trying to mend your broken heart.

That freshly-added Facebook photo of him or her at a party will only worsen your heartache and make you resent your crummy ex.

Do your heart a favor, and cut him or her off.

Maybe your timing wasn't right, and you're destined to be together later in life. Or maybe, you're just not meant to be.

Either way, you can't seem to get your ex out of your head, and because of this, you're one Facebook post away from saying horrible things to him or her.

Trust me, you don't want physical evidence of your heartbreak.

You can delete your conversation, but you can't delete the screenshot he or she will inevitably take.

2. It cushions the blow when you find out your ex has moved on.

You're entitled to a mental breakdown when you find out your ex has a new significant other.

When things are left (seemingly) unfinished between you and an ex, seeing him or her actually happy with someone else can do enough damage to land you in the psych ward.

But before you have a Britney Spears circa 2007 meltdown and shave your head, ghost your ex.

By ghosting him or her, the news will be less heartrending. You won’t be blindsided by the sudden changed relationship status and subsequent obnoxious couple pics.

Before your ex gets a chance to see how you're taking the news, block his or her number and social media accounts.

Give your friend permission to manage your phone when you go out, so you don't have the power to drunk dial him or her.

3. It boosts your ego when your ex gives in.

If you find out your ex has tried to contact you since the fateful day you blocked his or her number, then congratulations. You're winning the breakup.

Give yourself a pat on the back, and pop the champagne because you're clearly wanted and missed. This is the cherry on top of the break-up cake.

But don't let this sudden resurfacing of your ex-flame break the ghosting pact.

You've proven to yourself and others you're better off without him or her in your life.

As hard as it may be, you have to remember your ex is only trying to reach out because you cut him or her off completely.

He or she wants to feel important again, but this is your chance to show you won't be boosting his or her ego anytime soon.

4. It makes you feel like you have the upper hand in the relationship.

Ghosting an ex automatically gives you the power in the relationship. At the exact moment of the ghosting, you are wearing the proverbial pants.

“Power lies in the one who cares less” is the new motto of your life. No need to put it on your dream board anymore, girlfriend. You already have the power. Now, keep it.

Even if you don’t truly believe you're the one who cares less, it definitely seems that way to your ex.

You can make the first move to unblock him or her and step back into his or her life, or you can leave your ex high and dry for the rest of your days.

Your ex took the power when he or she broke your heart. By ghosting, you've taken your power back.

5. It doesn’t let you go back on your decision to move on.

Once you've decided to ghost someone, it's hard to take it back.

Ghosting allows you to take some time for yourself to figure out what you truly want in a relationship.

If you realize you're the one who messed up, and it's eating away at you, then ghosting your ex might be the best way to help you quell your feelings of guilt.

If you realize your ex is doing just fine after leaving you to fend for yourself in the tumultuous world of heartbreak, then ghost away until you no longer feel like you need to make an effort to.

Going cold turkey during a breakup is a hard adjustment, but you'll eventually warm up to this new lifestyle, sans heartbreaker.

By ghosting your ex, you're allowing yourself to move forward and open yourself up to new people.

It will hurt your ex more to know you want nothing to do with him or her than any compilation of harsh words you can come up with.

When trying to hit your ex where it hurts just isn’t enough, ghosting will show your ex you don't hate him or her, and you don't want to get back together.

You're just indifferent, and that's the deepest cut.