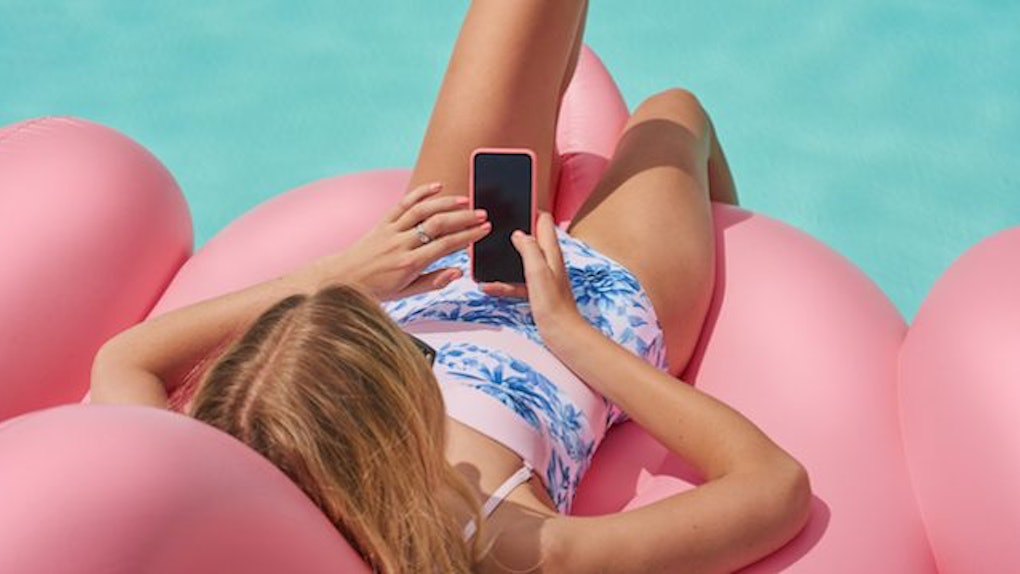 'Ghosting' Has Been Added To The Dictionary

Ghosting is the millennial phenomenon that's destroyed the dating lives of the many sweet hopeless romantics of my generation.

But it has also been a fabulous dating trend for timid, spineless, fickle bitches like me.

Sick of that loser who calls you too often? GHOST them, baby! Kiss that cute boy on the second date and the inside of his mouth tastes like rotting sushi made from mermaid tails? GHOST his ass, girl!

Meet a girl who is hotter, prettier and smarter than the dweeb you've been dating for the last six months? GHOST her, sugar!

Who the fuck needs to deal with negative confrontation when you could just avoid it and ~GHOST~?

Well, what I had predicted was just a passing term in online dating culture has now been cemented as an official WORD in the Merriam-Webster dictionary.

That's right, my sweet kittens, according to Metro.co.uk, "ghosting" and the verb "to ghost" are now in the legit dictionary.

And the definition is jarringly spot on. It reads,

The phenomenon of leaving a relationship of some kind by abruptly ending all contact with the other person, and especially electronic contact, like texts, emails and chats.

A bunch of other internet-y, millennial words have also been added to Merriam-Webster's online dictionary, including "safe space" (because we need safe spaces TO BE OURSELVES), "binge-watch" (because what else do you do on the weekends?) and "shade" (which annoys me because us gays have been throwing "shade" at bitches for over a decade and no one added it to the dictionary then).

But honestly, I have to say, I'm pretty depressed "ghosting" has been added to the dictionary.

It's not because I'm offended by ghosting and want it to stop. (Like I said before, I'm a big-time ghoster. In fact, I'm so afraid of confrontation, I ghosted my last therapist!).

I'm depressed because I'm one of those pretentious assholes who begins to hate things the moment they become mainstream.

I mean, I stopped listening to "Nirvana," my favorite band, when they started selling Kurt Cobain shirts in Hot Topic (I know, I hate me too).

So, what's a gal to do? It's time to hit the gay club and find some new, elitist term the masses won't understand.

And we all know that every elitist millennial term starts in the gay scene. (Thank you, god, for making me gay).