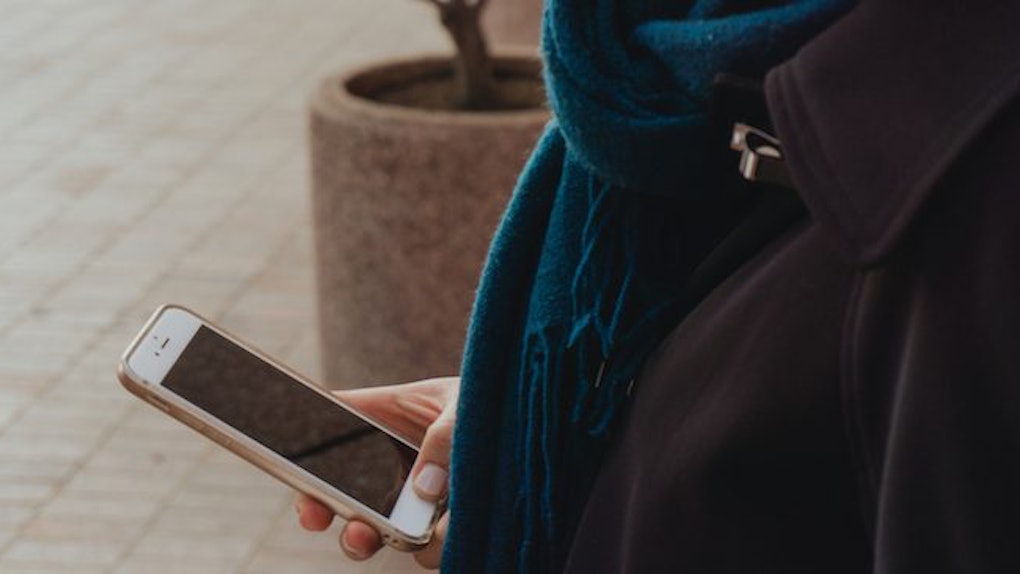 I Thought A Guy I Was Dating Ghosted Me, But He Actually Passed Away

Have you ever wondered where a third date with someone could have taken you if you had the opportunity to have one?

That's what I wonder about a guy I went out with two years ago. Let's call him Greg.

Eventually, it all died down to mostly just Snapchatting and the occasional phone call.

At one point, I saw Greg was no longer looking at my Snapchats. I sent him a text about a car I saw that was painted like the Mystery Machine (we both liked Scooby Doo). No response.

I was kind of irritated. I thought at least we could talk about how things were over. I let it go though. I had started seeing another guy and had deleted the dating apps.

It wasn't until recently, which is now two years since the last text, that I thought of Greg. I no longer had his number, but still knew his name to look him up on Facebook.

He had the word “remembering” above his name. I knew exactly what that meant.

Like most millennials, I met Greg by swiping right on a dating app. At the time, I was still a flight attendant and was on the go constantly. Most guys don't understand that type of lifestyle, so it was refreshing to have someone who at least tried to.

After we matched, we had to wait almost two weeks to actually go on a date because of our schedules (he traveled for work as well).

Greg was really funny and sweet. He actually called me while I was on a layover the second day of us talking, which set off a chain of talking on the phone most evenings, even though we hadn't met yet. We talked about everything, from our families to random facts we knew for trivia nights.

Finally, we were able to meet up. Greg took me to an area of town that had shops and restaurants. It's a good place to walk around and hang out.

Our first date went really well. There were little red flags though, like he seemed pretty hung up on his ex-girlfriend, he traveled for work a lot like I did, and it had already taken so long for us to meet up initially. Regardless, we decided to set up a second date, which once again took some time to actually happen.

Like most millennials, I was still on a few dating apps, not yet willing to put all my eggs in one basket. Before Greg called me after he finished with work, I matched on a dating app with another guy who started to pique my interest. We were able to set up a date sooner than my next date with Greg. We'll call this second guy Ted.

My first date with Ted went well, and there were already some perks to him that I wasn't seeing with Greg.

Finally, I went on that second date with Greg. He seemed a little more distant than before. He probably was starting to see that our schedules were having a hard time matching up. He was still easy to talk to, funny, smart, and charming, but it was starting to feel like things weren't going to go much further.

That's when he stopped answering my messages.

Finding out now that Greg did not ghost me like I had thought really made me think about how life can change in an instant. How quickly I had jumped to the conclusion that he had just lost interest and ghosted me. Now, I'm back in the dating pool again, and I've learned that maybe I shouldn't jump to conclusions so quickly. I should talk things out more and be more honest about if things are going to go somewhere, instead of letting it fade out.

Ted and Greg were both smart, funny, easy-to-talk-to guys, yet because Ted didn't travel for work and Greg did, it made Ted the more appealing boyfriend. But now, I've really started to think about how I might not have given Greg as much credit as he deserved. I wanted to look Greg up again partially to see if we could reconnect. Knowing that opportunity is gone makes me think about how I shouldn't look at things that could be worked around, like traveling for work, as red flags. Had Greg and I progressed into more, I'm sure we could have figured out a schedule that worked for the two of us.

While Ted was terrified to go deeper than the surface for relationships unless he was drunk or high, I was instantly able to talk to Greg about things that I normally had to warm up to people to talk about. It makes me think about how there are guys out there who can be themselves and be open while being sober. I guess I should thank Greg for being the last guy to show me that. I'm very sad we won't ever have the chance to potentially reconnect.

Life is so short, and I should take more advantage of the opportunities that are within my reach now. I feel almost awake, like I need to go and live. It's finally time to make the changes I've been wanting to make. Time to actually get out of the city that I feel so trapped in. Time to find my adventure partner. I still work for a major airline, so I should use my benefits more and go see more of the world. Meet more people. I'm finally ready for life and whatever it may throw at me.

Honestly, I don't know what could have happened to Greg and me — friendship, actually dating, or never talking again. After all this time, I don't know exactly what Greg would want (if anything) for me. But I'd guess, from the time we spent together, he would be the kind of person who would want me to learn from past relationships and continue living life, doing what makes me happy.