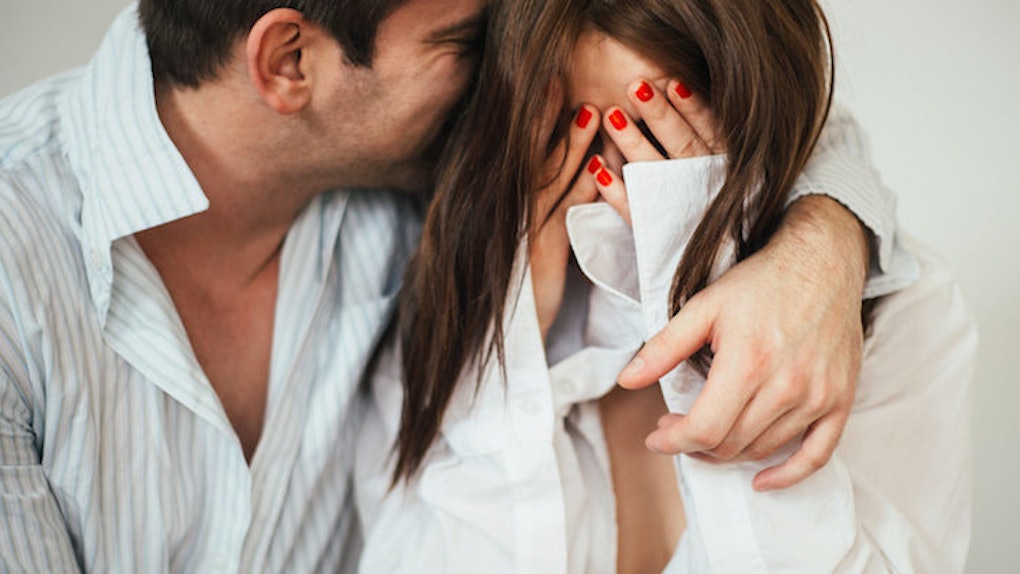 I Deserve More: Why Being Friends With Benefits Makes No Sense To Me

We are tricked into believing that this is something that can actually work and conclude with no hurt feelings. We glorify the idea with movies like "When Harry Met Sally," "Friends with Benefits" and "No Strings Attached."

But wait a minute. What happens at the ends of all those movies? Oh, yeah. They end up together. Because that's the only happy ending for a true friends-with-benefits situation. And by "friends with benefits," I don't mean the guy you hook up with every once in a while and happen not to despise with every fiber of your being.

I do not mean the guy who became your friend after you started hooking up. (I mean, that's gonna happen when you're casually porking every now and then). I'm talking about the guy who was your friend first -- before you doofuses decided to have "casual" sex.

You guys, THIS MAKES NO SENSE. If you love someone enough to call that person a friend, and you're attracted to that person enough to sleep with him or her, you should probably be DATING each other.

No matter how much you try to play it cool and disagree with me, I know there is a little part of you (the same part that tears up every time Harry shows up at the New Year’s Eve party) who believes in the rom-com. A little part of you wants this to work, and that's only NATURAL!

The problem is real life is not a rom-com. Someone will always catch feelings, and those feelings will, more often than not, be one-sided. But your friend with benefits -- the guy -- isn't the first example I mentioned above (the one you happen not to hate).

And he's not the virtual stranger who became a semi-friend after your hookup sessions. This guy was a real, bonafide friend. You had a friendship before this. You had something to lose.

So before you lose something great, read this and understand the (many) reasons why having friends with benefits just DOES NOT work.

Someone is always going to catch feelings in a friends-with-benefits deal. How could you not? This person is your friend. Last time I checked, you tend to love your friends (and, if you don’t, that’s a problem in and of itself). The only thing that keeps you from sleeping with your friends is a lack of romantic attraction, but apparently you two have that as well.

So of COURSE you're going to develop feelings! I mean, come on. A person you love as a friend and enjoy making sweet, sweet tender love with?

That’s the kind of stuff #relationshipgoals are made of. This is what makes it hurt about eight trillion times more when the feelings aren’t mutual.

It’s like you were THIS close to the real deal… and then she casually starts talking about getting back together with her evil ex when you two are lying in bed.

You expect more from your friends.

The beauty of a casual, regular hook-up is that there are no expectations. No strings. You hook up every once in a while, and that’s the extent of it. When it’s over, it’s over.

There doesn’t have to be any sort of big discussion. Maybe respond to his next booty call with “hey, I actually met someone” (the truth of this is irrelevant), and that’s that. Say hi to him if you ever see him out, and your duty has been fulfilled. You don’t owe this guy anything.

Friendships are not casual. Outside of hooking up, the two of you already have a foundation of respect. Because your friends respect you. A friendship comes with inherent expectations and strings. You can’t just ghost your friend. You can’t just let it fizzle; there's a whole other dynamic to your relationship that won’t allow for that.

That guy isn't considered cool, and neither is that girl. So, as part of our lifelong quest for “coolness,” we pretend that we don't want anything more than sex.

We disguise our feelings even as we sense that one person in the relationship (friendship?) is feeling something. And that's the first ripple in the calm sea of our friendship.

The beauty of a friendship is that two people can be completely honest with each other. But a friends-with-benefits deal strips the best friendship of this honesty.

It drives you insane.

The lack of honesty and the general counter-intuitiveness of this entire situation is enough to make anyone insane. It's physically exhausting to pretend not to care for someone you deeply want to date.

Your mind is flooded with questions you'll never be able to answer.

This isn't to mention how much being a friend with benefits can mess with your self-esteem. That's especially true if you're the one who develops feelings.

I mean, if the guy loves you enough to call you a friend and is attracted enough to sleep with you, why aren't you good enough to be his girlfriend? What's the magic last straw that you're missing?

It’s a million times more awkward when it’s over.

The beauty of most casual hook-up routines is that you never have to see that person again after the relationship eventually fizzles. This is absolutely not the case with two people who were friends before they entered their friends-with-benefits deal.

Odds are, this person is in your group of friends. It's not about if you'll see him. You're definitely going to see him.

The question is when (and the answer is probably tonight). No matter how "amicably" you ended things, one person's heart will break all over again if you're in the same room together. The other person will endure the agonizing guilt of making a friend feel that way. Simply put, it’s an awkward situation. Don’t hook up with your friends.