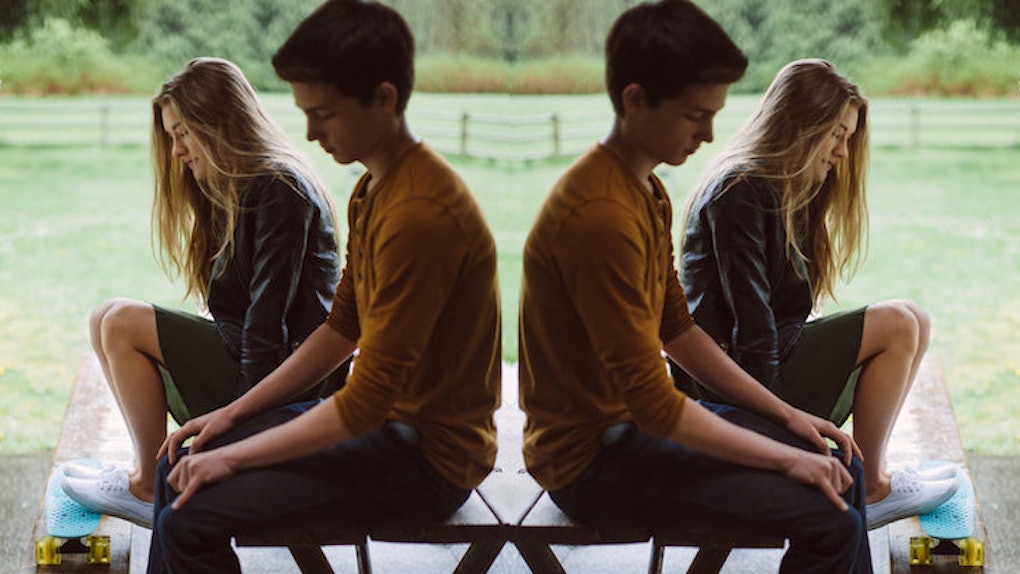 It's A Battlefield: Why Your First Love Isn't Meant To Be Your Last

Growing up, I always thought when you fell in love for the first time, your search was over.

Everything is supposed to work out perfectly, and you end up living happily ever after with the white picket fence.

I didn’t figure out, until many years later, that happily ever afters only exist in fairytales. The white picket fence usually only seems white from the outside, looking in.

I met the first person I "loved" in eighth grade, and I thought he was my world. Looking back, I realize it was the most dysfunctional relationship I’ve ever seen.

We broke up numerous times, and still, I loved him like nothing else. Regardless of what was going on in my life, he was always the one I looked back on, and swore I was going to marry one day.

As we went to high school, we drifted apart and started dating other people.

We broke the cycle of just dating each other off and on. Eventually, as we graduated, I learned he was going to go to boot camp.

I invited him over to my house just to say goodbye because I knew the rest of our lives was going to begin. I wanted him to ask me to marry him and go with him.

Everything I ever wanted in my life was standing right in front of me, and I couldn’t even get the words out to explain how I felt.

Needless to say, I didn’t go with him. He ended up with somebody else.

But I realized that’s not something to be sad about.

I don’t spend my days and nights wondering, "what if." Many things in my life wouldn’t have happened if I had settled down right then and there.

I would never have gotten to meet who I believe to be the true love of my life. I wouldn’t have gone to college, where I met all the wonderful people I know now.

Even if you don’t realize it at the time, things usually work out the way they're supposed to.

For me, I didn’t realize this until I had an awkward encounter with this guy after many years.

I realized I made the right decision, and he was never the man I wanted to be with for the rest of my life.

We didn’t have the same goals. I’ve perfected the art of being by myself, and he has yet to master the skill. You can’t be with someone if you can’t be by yourself first.

Many years later, you’ll realize the person you swore you’d end up with is usually never the one you really want to end up with, anyway.

He's not meant to be your forever.

Now, don’t get me wrong; people who get married to their first loves are considered lucky.

I think, if the first person you fall in love with mixes so well with you that you progress towards marriage, you are pretty darn lucky.

It takes most of us a few more tries to get it just right, as we weed through potential partners.

But in the end, it’s worth it. We get to be with the person we really want to be with, not just the first thing we stumbled into.