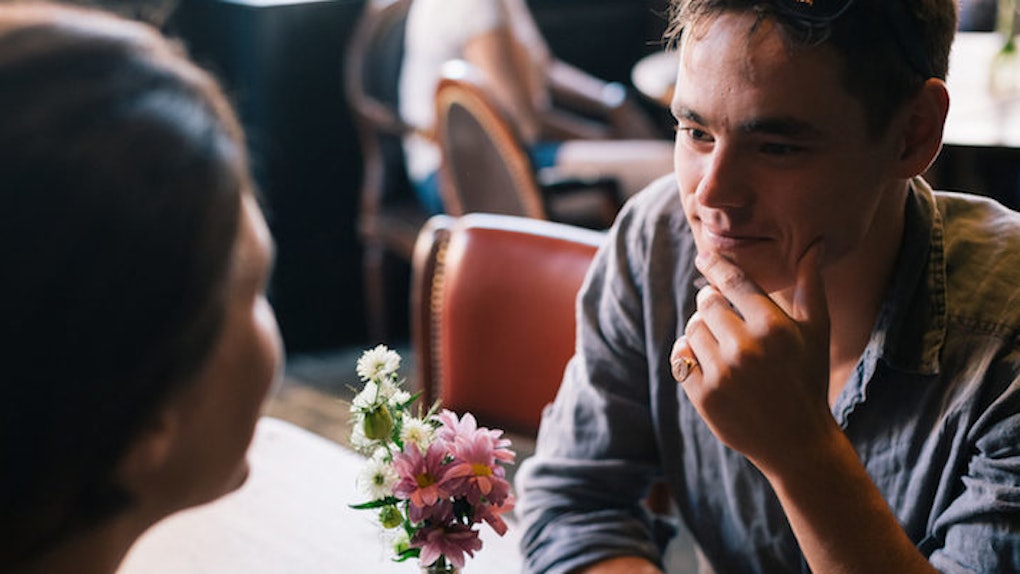 In this day and age, it's all too easy to assume all men are the same.

They give no explanation, no reply and no relationship.

Don't get me wrong; I don't mean to sound like the opening page of a self-help book, but Paris has earned its City of Love title.

I've tried to put my finger on how or why it is these men actually are different from any I've ever met before.

What you are about to read is as close as I've gotten to decoding that je ne sais quoi:

If, like me, you are accustomed to the three-day minimum waiting period for a reply to what was — let's be honest — a pretty nondescript text, then Paris may confuse you at first.

To start, read receipts on your iPhone are a thing here among the elusive Parisian men, so be careful which texts you open if you are the notorious ghoster.

To put it plainly, the Parisian men are a ballsy bunch.

Whether you're sitting in a café hoping no one saw you polish off those two pâtisseries with ease, or on the Metro on your way to work with bedhead and the remains of last night's makeup, you will know when a Parisian man is even the slightest bit curious to know more about you from a simple, "Hello."

One thing is for certain: If you were half asleep before, you aren't now.

Once you've actually organized a date, he will compliment you in a way that isn't even shallow and will make you realize what you've been missing.

It's as if the Millennial bozos you know disappeared off the face of the Earth, and you might actually believe in love at first sight.

You never know, but you might meet a winner.

Sadly in this case, I'm not talking about the lovey-dovey romantic Parisian man we see so often in rom-coms.

Given the stereotypes, it will probably come as no surprise to you that French do love their cheese.

So, it's not beyond the realm of possibility that on any and all dates, there could be some cheese in the mix.

To all you cheese lovers, I envy you at this point in the date.

If, however, like me, you struggle with even the thought of a brie and bacon baguette, then heed my warning: Be aware of the cheese and the faces you make when presented with it.

You may not have ordered it, but it's somewhere on the round brasserie tables that are so small, there's actually no escape.

If you don't have the balls to accidentally (on purpose) knock the cheesy dish onto the floor and blame the small table, then maybe go for a less traditional cuisine.

It's never easy to deconstruct a cliché, so I won't try to.

If I'm honest, the Parisian man is so easy breezy that you're always waiting for an "America's Next Top Model" contestant to pop out from under the Metro platform or wherever you are and whisper the famous CoverGirl tagline in your ear.

The only way I've quasi-managed to create a picture in my head of how naturally cool nature of the Parisian man is to create the "Morning After" scene:

It's that tranquil time when you're lying in bed with the guy you are seeing, and you pretend you're entirely sane and not watching him sleep even a little bit.

Then he wakes up, dopey and calm, but still manages somehow to look inconceivably great.

So much so, you start to question if staying in bed instead of washing off last night's makeup was the best idea.

Fret not, mes potes, for although the Parisian man may seem otherworldly, he is, in fact, just worldly.

Whether it's because of his taste in music, books, films or because he likes to travel (all of these things just add to the attraction anyway), he will most likely speak your language.

He may not be fluent, but you will find common linguistic ground.

In my experience, I've realized the little mistakes you will both inevitably make will actually make you more cute and endearing to each other.

If all else fails, you've always got your secret weapons: body language, eye contact and the — I dare say — language of love.

You won't even be nervous because there'll most likely be space for one somewhere on your small cheese table.

This may not be the most solid argument, but it's one of the truest.

Even if he isn't quite as funny, smart or attractive as your ex or the last person you dated, I can guarantee the Parisian man will seem like the best you've ever had because you'll have your Paris love goggles on.

Why do you think Paris looks so good in the rain? Rain is rain, but Paris is Paris.

Everything will taste a little sweeter, and light will shine a little brighter.

Just try to escape the searchlight of the Eiffel Tower at night, and you'll see what I mean.

I guess what I'm trying to say is this: Just enjoy it.

He probably is actually better than your ex, and he'll even reply to your text in a timely fashion.

As I hope you can see from my meandering, the Gen-Y traits we love to hate seem to have passed over Paris, or maybe they couldn’t get through the cheesy, chocolatey, winey fumes to turn these men back into boys.

But either way, what’s not to love?