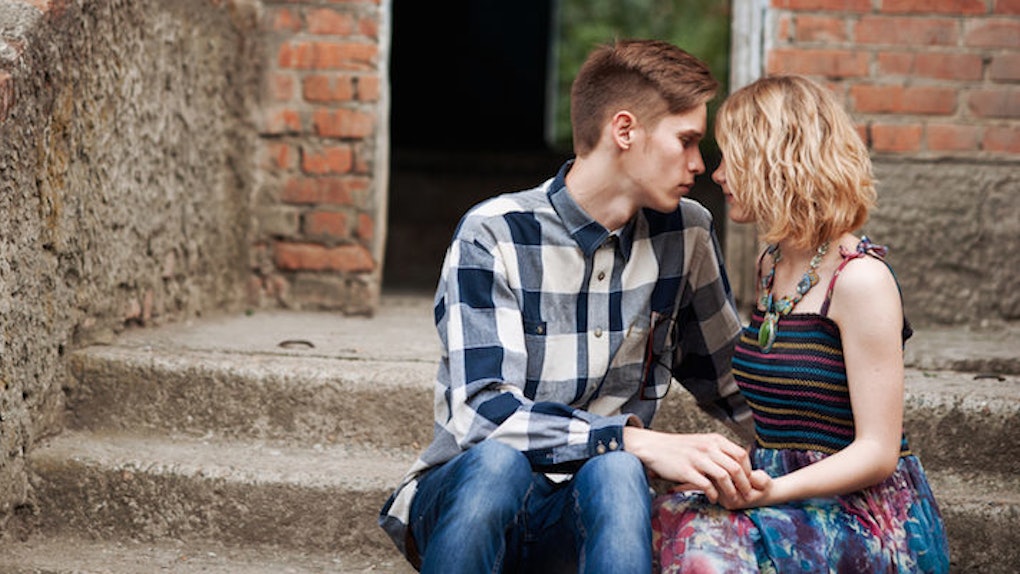 3 Types Of Exes You Always Consider Getting Back Together With

It's happened to the best of us.

Somewhere in-between scarfing down three-cheese penne and guzzling strawberry Long Island Iced Teas at the diner on a Saturday night, you get a text from your ex.

All of sudden, you find yourself flooded with a mixture of emotions, and you're contemplating what to do.

It doesn't take long for this question to arise: "How do I know if I should go back to an ex?"

The answer to this question is anything but simple.

Here's a little guide to simplify the complicated world of exes and whether or not they should be given a second chance.

If you decipher what type of ex you are dealing with, then the rest is a piece of cake.

Here are the three types of exes we all have:

We've all been there before.

This is the ex who simply played games.

This ex constantly called you crazy and had you wondering whether or not you were, in fact, cuckoo.

Nine times out of 10, you weren't the crazy one, and it was just his f*ckboy tendencies that drove you to do and say the things you did.

In a nutshell, this relationship was just one gigantic mindf*ck.

You eventually got tired of the bullsh*t and ended it.

A day, maybe a week or perhaps even a month goes by, but in true f*ckboy form, he reaches out to you, most likely through text.

Now, don't mistake this text as a genuine text to reconcile things.

Although it could be the case, it is very rare, and the only point of this text is to see if he can get you back.

All he wants is a simple stoke to the ego.

Do not fall for it. Ignore and block.

You don't need that type of f*ckery in your life.

This is one ex who needs to stay just an ex.

This is a classic case of "wrong place, wrong time."

This is the relationship where everything was pretty much picture-perfect.

Everyone, even you, thought this was "the one."

You had your whole lives mapped out with each other.

Then out of nowhere, it happens.

"It" can be anything from one of you having to move across the country for work or school to simply just needing some time to yourselves.

Regardless of the reason, it was on good terms, and neither of you really wanted it to end.

This is the ex who, if your paths crossed again, you would give it another shot in a heartbeat, no questions asked.

It worked perfectly before, so why not now?

Honestly, there isn't any real reason why you shouldn't give it another try.

This type of ex makes your decision a difficult one.

If you get back together, it could go either way.

When you were in a relationship, it was good, but it also had its issues.

They weren't necessarily deal-breaker issues, but there were definitely some kinks that needed to be worked out.

After the breakup, you couldn't quite get this ex out of your mind.

You constantly wonder if you gave it all you had. You find your self thinking, "What if?"

Honestly, going back could teeter either way, and it's just a matter of time to see which way it will go.

At the end of the day, you know yourself and your relationships with these exes better than anyone.

That said, the best advice anyone can give is as simple as this: Trust your gut, and good luck.