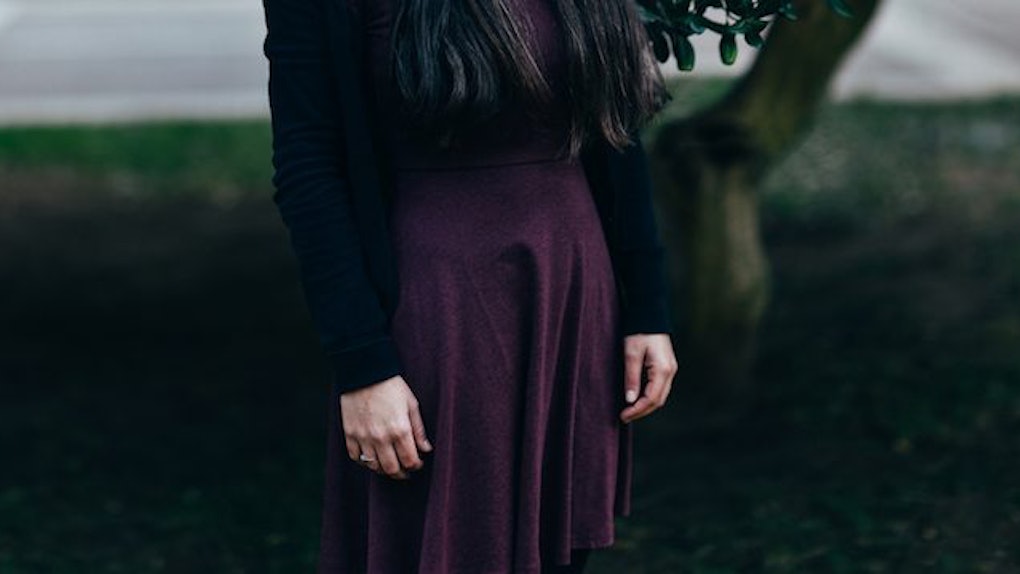 My Ex Impersonated Me Online For An Entire Year

About a year and a half ago, I fell in love with someone who I thought was the man of my dreams.

Like many couples, we broke up several times throughout the course of our relationship.

But unlike most on-again, off-again relationships, my ex started to impersonate me online without my knowledge.

I found posts on various sites including Craigslist, Facebook, Google+ and even the escort section of Backpage.

There were tons of photos of me surrounded by outrageous lies, and I was horrified.

There were paragraphs soliciting sex and encouraging sexual encounters. The most awful post included an image of another woman's genitals alongside a claim that I had an STD.

With the first few false posts, I was able to report them and get them taken down.

But, it all soon turned into a nightmare.

When we broke up for the last time, it was after a horrific fight. He had beaten and choked me and left bruised outlines of his hands on my neck and body.

I was left literally running for my life, and I had to hide in a corner bodega behind the counter.

Yet, this was just the beginning of my terror.

After reporting the incident to the police, they ended up arresting me because my ex had filed multiple reports (five, to be exact) against me, claiming I had stolen from him, which I never had.

I found myself in a situation that no woman — particularly one who had just been assaulted — deserves to be in. I was terrified, sitting in a jail cell for the first time in my life after being accused of crimes I never committed.

In the moments that followed, I even thought about killing myself.

After being fingerprinted and iris-scanned, I was shuffled in front of a judge.

I was terrified, sitting in a jail cell for the first time in my life after being accused of crimes I never committed.

Although I was ultimately released, I left jail with a false record of my crimes.

I couldn't stop thinking about my future. Finding a job wouldn't be easy, and passing a background check with a record seemed like an impossible obstacle.

What would happen if future employers wanted to hire me, but were reluctant to do so because I'd been arrested and could potentially bring drama into the workplace?

For me, the arrest became a weight I couldn't shake, and the aftereffects seemed to linger indefinitely.

But, the nightmare didn't end with my arrest.

My ex continued to create fake profiles, and the minute I contacted a site to have one taken down, another one popped up.

He friended strangers on Facebook using my picture with the caption, “Life of a whore! YOLO.”

The fake Google+ profile and photo with the caption, “I enjoy gangbangs,” even managed to garner 1,500 views at one point.

This went on for a whole year. Every month, one or three new fake profiles popped up.

I desperately sent emails to each one of these platforms, asking them to be taken down.

Within those months, I tried to erase myself digitally, and I even asked companies like Spokeo to remove my address and information from its database.

The nightmare didn't end with my arrest.

Though there are plenty of laws against impersonation, I believe the legal protections for victims of online impersonation and harassment need to be stronger.

I mean, my ex actually got away with impersonating me online for a full year, and he wasn't even charged.

In my case, there wasn't a specific law that stopped him from continuing to impersonate me, and he never faced any legal repercussions for his actions.

After all, I was the one who went to jail.

At the end of the day, our online profiles are extensions of who we are. They're a way to express our unique personalities and our personal brands.

But what happens when social media is perversely abused and degraded by those who are looking to ruin someone's life out of spite? Where are the laws to protect the innocent?

These are questions we shouldn't shy away from. We need to have an open conversation about them.

Law enforcement officers are trained to follow a protocol, one that was set many years ago before our digital universe was really created.

Our digital laws are archaic, and there needs to be stringent punishment for online impersonation.

Overall, the restrictions regarding online impersonation need to change, along with our technology.

Because without any digital law and order, will we ever be safe online?

Nobody should ever have to go through what happened to me, and I hope that in the future, no one ever will.