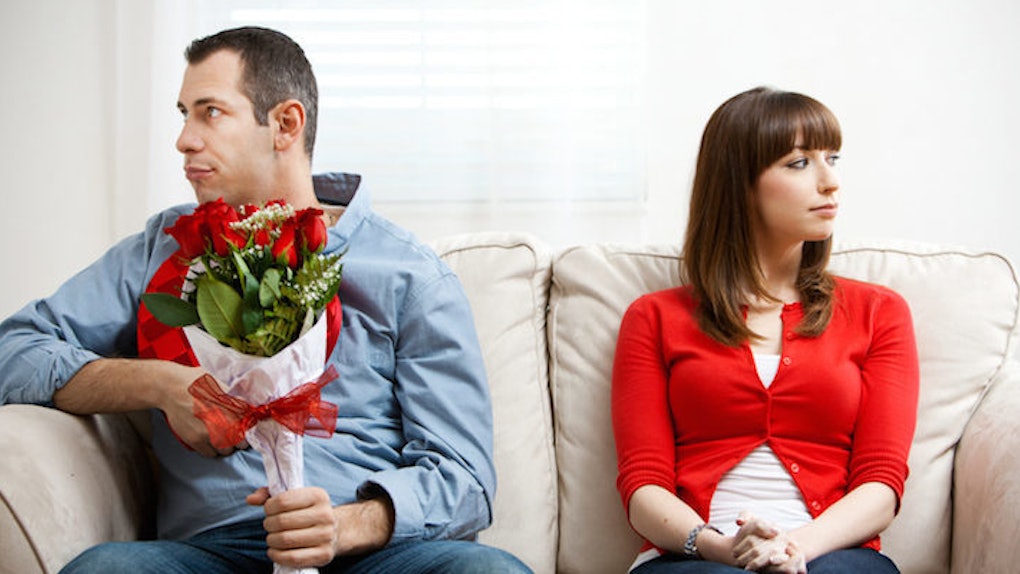 Dating has changed, and with that, so have the expectations.

The pre-dating app days of the guy picking the girl up on a first date have scaled back to just meeting at the location.

The dinner date has scaled back to just drinks, and the amount of dates we go on in any given amount of time has shot through the roof.

With these changes, so comes the need for daters to stop accommodating to bad dates and allowing them to last longer than they should. The time has come for brutal honesty.

There is no trophy for trying, only wasted time, energy and maybe money.

We've all been there: You're talking to someone online/via text and it seems great, so you decide to meet up. You get all dolled up and head out. You're excited to meet this new someone, and they just don't end up being what you thought.

Maybe they're too timid, they talk too much about themselves, they get too drunk too fast or, God forbid, they don't look like their pictures.

Whatever the reason your excitement has turned to dread, and you're either itching for an escape or praying they make one.

It can be really awkward and uncomfortable for both of you, as most of us can't hide the face of being uninterested in our date.

Too many of us stay and tough it out because we're afraid of hurting someone's feelings.

The truth is, the best thing we could do for them is be straightforward and honest, then go our separate ways.

The time wasted isn't worth it for either of you.

There is no reason to allow someone you aren't interested in to hold onto hope when there isn't any.

While you're sucking it up and not trying to hurt their feelings, you're both missing the opportunity to do things that make you happy.

Why would you remain in a flat out unwanted situation any longer than you have to? Why put yourself and your date through that?

I'm sure they have other things they could be doing that would take their mind off of whatever possible feelings of rejection they may have.

Just let them down easy, and walk away. No harm, no foul.

You'll both save money.

I mean, common sense says we'd rather end the date with just a rejection than a rejection AND the bill.

No one likes rejection, not one single person on Earth. It sucks for us all.

It tells you that, for whatever reason, you weren't good enough for someone. And that's hard to hear.

It's even worse when you get through an entire date you think is going well, only for the other shoe to drop after.

If you're upfront with them, it's possible they may learn something.

Hell, maybe they appreciate the fact that you chose to let them down sooner rather than later.

The possibilities are endless, but it's better to hear it at the start than the finish.

Guess what? Not everyone takes rejection poorly. Sometimes they might feel the same way you do, but they're just as afraid to tell you as you are them.

If you get it out of the way early, you kill the elephant in the room and relieve the pressure on your date to perform.

Imagine if you made it clear from the start, but still decided to share a drink. I mean, you're both there, right? Maybe with all the weight of the first date jitters off both of your shoulders, you'll loosen up and find you have things in common.

That's not to say you're suddenly going to fly back into date mode, but maybe you'll become friends.

Everybody has something to offer, even if they aren't meant to be your lover. There is no such thing as too many friends.

Everybody has something to offer, even if they aren't meant to be your lover.

You know without question that it's a relief to break free of a date you didn't want to be on.

It's not fun rejecting someone, but you do feel a little better now that you don't have to deal with the situation anymore.

The more you do it, the easier it gets. Suddenly, you stop feeling like a horrible person when you end a bad date early. And you start appreciating the fact that you're choosing to stand up and refusing to stay in an uncomfortable situation.

There's nothing wrong with rejecting someone you aren't interested in. It's life.

There's definitely nothing wrong with letting them know you feel that way sooner rather than later. Nobody wants their time wasted with someone who really doesn't want to be there.

Though they may not outwardly see it in the moment, they will appreciate it further down the road.

Don't hesitate to leave a bad date early, and don't be afraid to do it honestly and confidently.

It's dating, it's going to happen from time to time.

Be honest, be straightforward, but be nice. Let them know you aren't interested, and get on with your life.

You've got more dating to do.