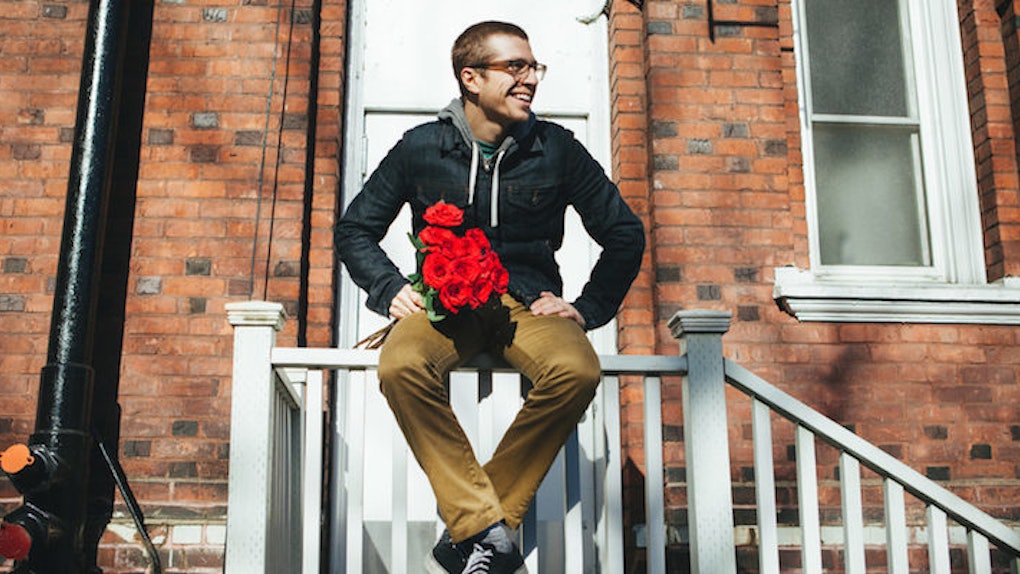 If You Get Mad At Girls Who Reject You, You'll Never Be In A Relationship

I'm really no different than your average 29-year-old male… except in a few areas. I've never had a girlfriend; I've never been in a relationship and I've never gone on a date. But besides this, I'm pretty normal. My friends and family can't understand this because by all accounts, a “good guy.”

Now, “good guy” is a pretty loaded term. There are many guys who label themselves “good guys” and are anything but. When my friends and I friends use the term "good guy,” we basically mean “not a weirdo.”

Now don't get me wrong; I'm weird. We all have our quirks, but I'm not serial killer weird. I guess you could say I've never been out on a date because every girl I've ever asked out has said no. That's the short and long of it. And you know what? That's OK.

Many people think I'm weird for feeling that way. Many have told me that the women themselves are to blame, but thinking back, I could never really blame them. Even if I wanted to blame women, I never could because I was too busy blaming myself and my circumstances, always thinking, “if I was more this” or “had more that.” Now whether not that's constructive is for me and a future therapist to decide, but I refuse to think my rejection is the fault of all women. That's just not who I am.

Whenever a woman turned me down, I was, of course disappointed, but I never said, “She should go out with me!” The thought was always, “Yeah I can definitely see why she wouldn't go out with me.” I guess my self-esteem agreed with them.

In light of all the recent and perpetual struggles women have gone through at the hands of men, I think it would be a good idea to say something to the men everywhere: Women do not have to go out with you or ANYONE they don't want to. Do you know how ridiculous it looks to her as a woman to see you get upset for not wanting to go out with you? If not, think of it this way.

Put yourself in a woman's shoes and imagine if someone wanted to go out with you and you've declined, but they keep insisting and then got angry at you for not wanting them.

And they have the right to do that without any fear of harassment, violence or any other social and or physical repercussions. The most unmanly thing a man can do is harm or harass women, and those men who remain silent while women suffer these abuses are aiding and abetting participants.

As I reach 30 years on this planet, I'm becoming more socially conscious -- both about my life situation and the situation of others. I am an ally of women and all men should be. We have all come from a woman.

One of my favorite quotes goes something like this, "When we didn't have a heart, a woman's heartbeat was our own." I wish I remember who said that, but the point remains clear. We need to do better by women. Much better.