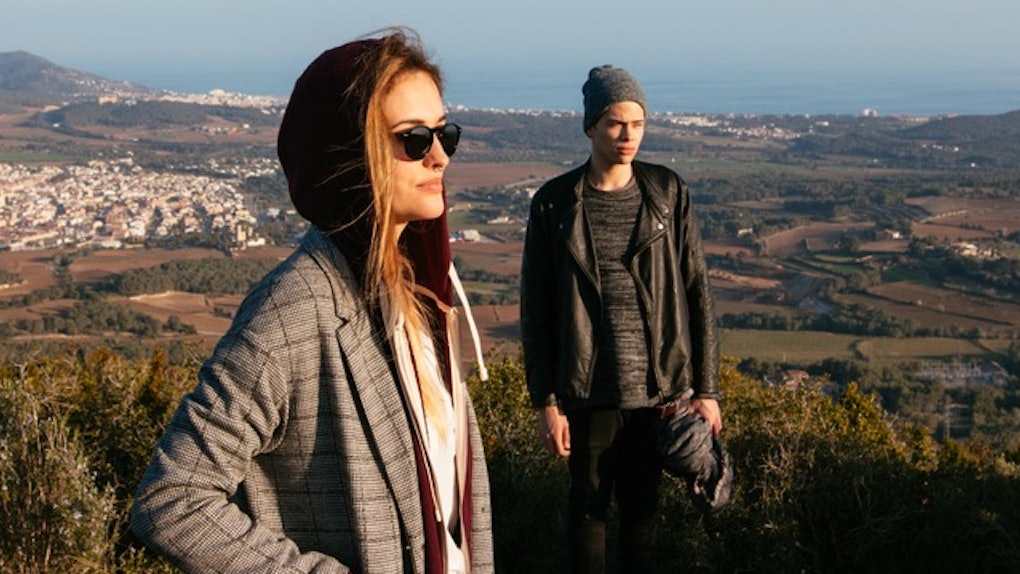 Through this ever so tumultuous circle of life, we're all bound to come across a person who immediately catches our attention and attracts our naive interest with their charm. The initial mutual infatuation can make it hard to think or see clearly, making it difficult at times to make a good judgement call on the person you're seeing.

No matter how flawless and genuine they seem at first glance, there's a lot more than face value to take into consideration. Your happiness and overall quality of life should always come first.

So, what are some signs it's time to cut the cord and do better for yourself?

It's one thing if they live by a genuinely busy schedule and don't have the time to grab drinks later.

On the flip side, if you find yourself time and time again being the only person who attempts to make plans to see each other, there's a good chance you're taking this more seriously than they are.

Don't waste your time with someone who treats getting together with you like a chore.

If they're completely into you, they'll want to take the initiative upon themselves to make the plans once in a while.

"I never have my phone on me."

If they're really as into you as they say they are, they'll sacrifice a few seconds out of their time to message you back.

Whether we like it or not, we live in an era when electronic responses are critical to a daily routine and have often become the gauge to tell how much someone really likes you.

If they are busy at the time, they can still send you a quick reply to you at some point to let you know they're busy.

If they're at home playing video games or watching TV, what's their excuse?

3. They refuse to feature you on any of their social media pages.

With the age of technology comes the age of social media, even if we don't want to necessarily admit it.

If you've only been seeing each other for a few weeks, don't lose sleep over the fact they haven't posted any pictures or status updates including you in them.

You both are still getting to know each other and are adjusting to the fact you're romantically involved with one another.

If it's been between a few months and a year and they still haven't posted anything with you, try posting on your page first.

The honeymoon stage can be awkward at first, but if you make the first move, there's a good chance everything will mellow out.

Maybe they don't post a lot or tend to stay away from social media, and that's perfectly fine.

The red flag comes in when the other person refuses to or gets weird about posting pictures with you on their accounts.

A lot of times, this is the case when they might not want anyone knowing you're in their life.

If something seems suspicious to you, talk it out with them to see what's going on. When their rationale doesn't add up and ends up hurting you, it could be time to cut your losses and move on.

When it's made clear from the get-go the relationship is on a strictly hook-up basis, then you're both in a mutual understanding.

On the other hand, if you're looking for something long-term and they only want to see you to get their rocks off, some rules need to be set in place.

Are they aware that you want more than a hookup? If the answer is no, then it's time for you to set some boundaries. If they want something long-term, too, give it a go, and see where it takes you.

If the answer is yes, and they still use you as their "call person," it's time to cut your losses and move on to someone who's on the same dating page as you.

It's easy to care a lot about someone, especially when you're getting into the swing of being in a new relationship.

There's nothing wrong with it, but if it's clear you're putting in a lot more effort than the other person, you aren't doing yourself any favors.

Finding a person who is willing to put in the same amount of effort as you in just about every aspect of being romantically involved is crucial to being (and staying) happy.

When the balance slips from 50/50 to 60/40 or anywhere lower, it will only make tensions rise and leave you feeling like you want more out of being with someone.

Relationships aren't easy. It can be difficult to find someone who makes you want to express yourself and be sincerely content.

Don't waste your time with a person who doesn't satisfy the basic needs that you feel like you should reciprocate in a romantic relationship.

If you feel like you might be with someone who doesn't make you feel fulfilled, it's probably time to get back out there and look for a person does.

You know what's best for you. You deserve that and if the person you're with can't give it to you, there's somebody else who can.