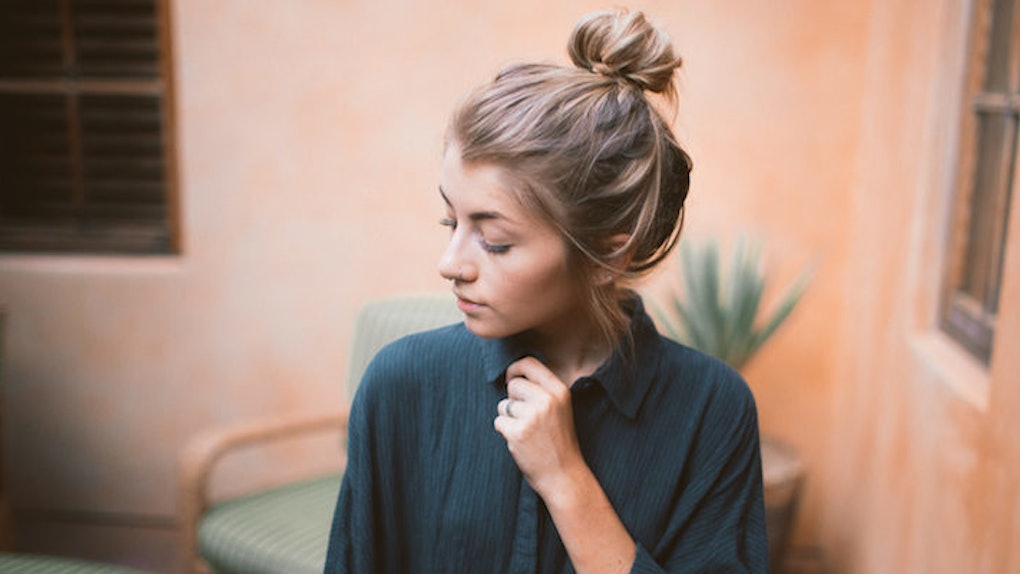 The Dating Paradox: We Want Love, But We're Afraid Of The First Date

"I'll text you," he said over his shoulder as he walked out the door.

He was a blind date I had scheduled to meet the day prior. Dan* was his name. Tall, British and humorous in a dry way, he was perfect -- on paper, anyway. And he wasn't so bad in real life, either.

I was fairly excited to meet him. I had been gushing to my friends about him nearly all week. But when the fateful day of our first date finally came, I got cold feet, the way a bride-to-be might on her wedding day.

Ah, abandoning first dates. My girlfriends and I have a habit of doing this. We schedule dates, postpone them and then reschedule them, only to cancel them indefinitely. Scheduling dates, it turns out, is worlds easier than going on them.

In theory, first dates are wonderful. In practice, they're hell. No one wants to go on his or her first date.

But what is it about that first date that deters us from dating?

I'd liken the feeling I had when Dan texted me "I'm on my way" to the feeling I had before taking a high school standardized test: terrified, nauseated beyond belief and painstakingly doubtful of my capabilities.

That pre-date, scaredy-cat phenomenon is the "The Dating Paradox."

The first date is kind of like taking a test, only mechanical pencils don't determine your fate, your compatibility with a stranger (or lack thereof) does.

Meeting your date is a test of personality and conviction. It's a series of questions, thoughts and afterthoughts that only stifle our chances of further getting to know someone.

But we forget that the hardest part of any project is starting it. After that, it's smooth sailing.

Hell, I procrastinated for hours before getting pen to paper on this very piece -- now that I'm in the thick of it, I can't imagine doing anything else.

Still, certain fears keep us from going on that first date.

We aren’t our real selves on the first date.

I was at happy hour with my co-workers on the day of my date with Dan. Feeling like my full self -- carefree, comfortable and unabashedly real in my slight drunkenness -- I was hesitant to leave their company. We were laughing and joking about one co-worker's sex life, while I reveled in the fact that I had such nonjudgmental friends.

Leaving my co-workers -- leaving the girl I was when I was with them -- made me want to run from my blind date. I knew a drink with a Brit wasn't half as much of a commitment as marrying the love of your life, but I hesitated regardless.

Blind dates bring out a version of me I call First-Date Sheena: She’s awkward, afraid and unsympathetic. She’s nothing like Fifth-Date Sheena, who, at that point, would have already felt comfortable enough to unapologetically be her true self, like how she was at happy hour.

So when my blind date met me at happy hour, I gave him five minutes before telling him to hit the road. True to First-Date Sheena form, I rambled endlessly, citing nonsensical excuses (albeit reasoned by me and only me) for why I simply wasn't fit to date.

"It's not you," I concluded, rolling my eyes at my own words as they absentmindedly spilled out of my mouth. "It's me."

My devil-may-care attitude surely must have both aggravated and scared him away for eternity. But the thing is, I'm usually very sweet and accommodating. It was First-Date Sheena that took the reigns and pushed Fifth-Date Sheena out of the picture.

We fear being rejected by a stranger.

From the moment we walk into a bar to meet someone, we have already relinquished our power. We've chosen to be completely vulnerable in the presence of someone we hardly know. We've allowed him to take us for who we are and do with us what he pleases.

This is a lot of credibility to give to someone we've just met. But a stranger shouldn't be able to have that much power over us...should he?

Besides, nervous you isn't the real you, so what if he chooses not to see you again because his first impression of you didn't fulfill his expectation of you?

Loss of the flirt, loss of the heart flutter, loss of the feeling keeping us on our toes that we wish could last forever -- these are all the things for which we put ourselves at risk.

The unfortunate truth is that in today's day and age, there is an added layer of grey induced by technology's many loopholes.

My conversations with Dan over text were stellar, but something kept me from wanting to have those same conversations in real life. I feared he wouldn't deliver his punchy lines with just the right amount of punch.

We fear who we meet won't stay the same person.

It seems like the norm is to put all of our confidence in a person we hardly know. But what if who that person becomes throws us off guard and, eventually, off course?

What if he cons me? What if he has one too many skeletons in his closet? Or, worst of all, what if I sleep with him and he doesn't call me back?

All of this would mean we would have invested precious time in something that was doomed to fail. And as a result, we'd feel all the more idiotic for being too blind to the inevitable.

We fear feeling stupid for ever having felt hopeful in the first place.

We talk to our prospects grinning and wide-eyed. We connect dots and create combinations of endless possibility that lies in our newfound relationship with them.

It's that childish sense of wonder, that naïve curiosity, that we put on the line. And if that stranger does disappoint us, willingly or unwillingly, our hopes are shattered and our spirits, crushed. With every consecutive unsuccessful date, we become less and less resilient.

They say it's better to have loved and lost than to have never loved at all. And when it comes to love, that may be true.