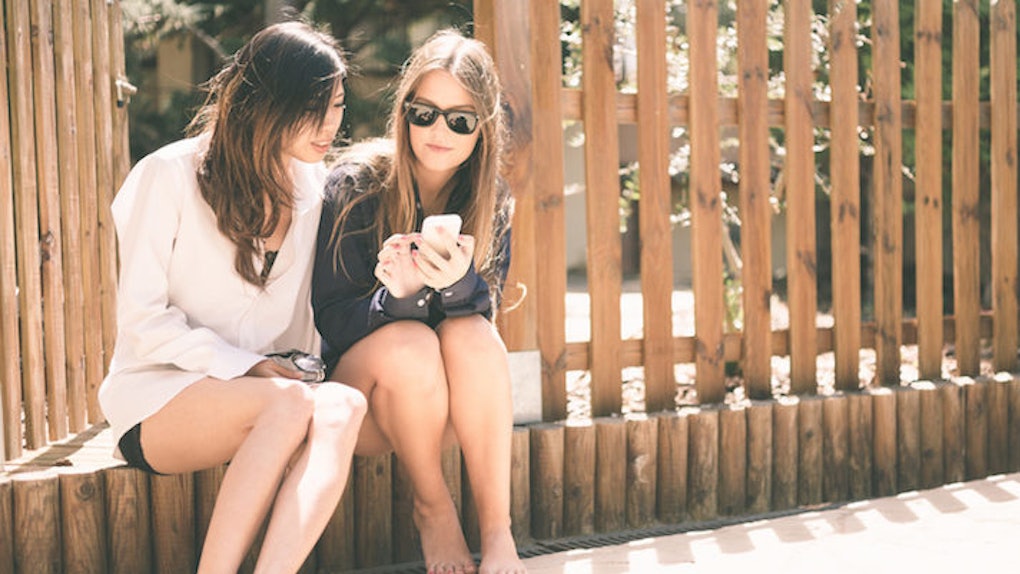 As if technology hasn’t already made us crazy enough, the creation of social dating apps has taken it one step further for all of us single people out there in the dating realm.

Modern dating in our day and age can be pretty brutal. If you didn’t end up marrying your high school or college sweetheart, you’re doomed to wading in the pool of broken-hearted romantics and hookup-hungry game players until you find Mr. or Mrs. Right.

For those of you who still do believe in true love, I applaud you for your enthusiasm and persistence.

I, myself, do believe true love is still out there, but dating apps such as OkCupid and Tinder have made it difficult for those of us in search of the real thing.

There are definitely positive aspects to online dating. For one thing, it lumps an entire population of people into one tiny portal, where you can sit on your computer or stare at your phone for hours, as you rapid-fire search for someone you may possibly be interested in.

It’s quick, convenient and requires minimal effort, as opposed to actually leaving your house and meeting someone in public.

Instead, you can talk to multiple people and keep some of them in your back pocket until you decide you’re bored enough to actually hang out with them. Of course, not everyone’s intentions are that shallow.

I’m rooting for the people who are putting themselves out there in hopes they find someone they really like.

For those of you who have become discouraged by the amount of disappointments and failed “almost loves,” trust me, it’s not your fault.

Dating apps have made it impossible for us to be monogamous these days, and this is why:

The other person may tell you he or she is only talking to you, but still has a running list of people to contact in case things with you go south. It's not exactly the most reassuring feeling in the world.

We’re paranoid they’re seeing someone else, so we date other people, too

This is always a tricky subject because we never really know what the other person is up to, or whether or not he or she is being honest when he or she claims to have “deleted” the app.

To protect ourselves from getting hurt, we keep our distance and continue talking to or seeing other people in fear that we’re going to get dropped by the one we really like.

You can have your cake and eat it too

Dating apps have made us greedy. If it doesn’t work out with one person, we can just move on to the next one. Or, we can go back and forth between different people.

It allows us to have all of the benefits of a relationship without the actual commitment part, which is the part that really matters to some people.

Now that we’ve been exposed to the public via dating apps, we may end up with some people who just won’t stop coming back.

Even once we’ve found someone we’re legitimately dating, we might be stuck with those randoms who drop a text message here and there. In return, it makes us look bad to the current person we’re actually interested in.

Although there are always going to be those lovers who are the result of dating app success, it’s not always the case for the majority of us.

If you’re using a dating app, just make sure you keep your eyes open for those who don’t seem to be genuine, and know what you are getting yourself into.

After all, the best you can do is hope for the best and prepare for the worst.