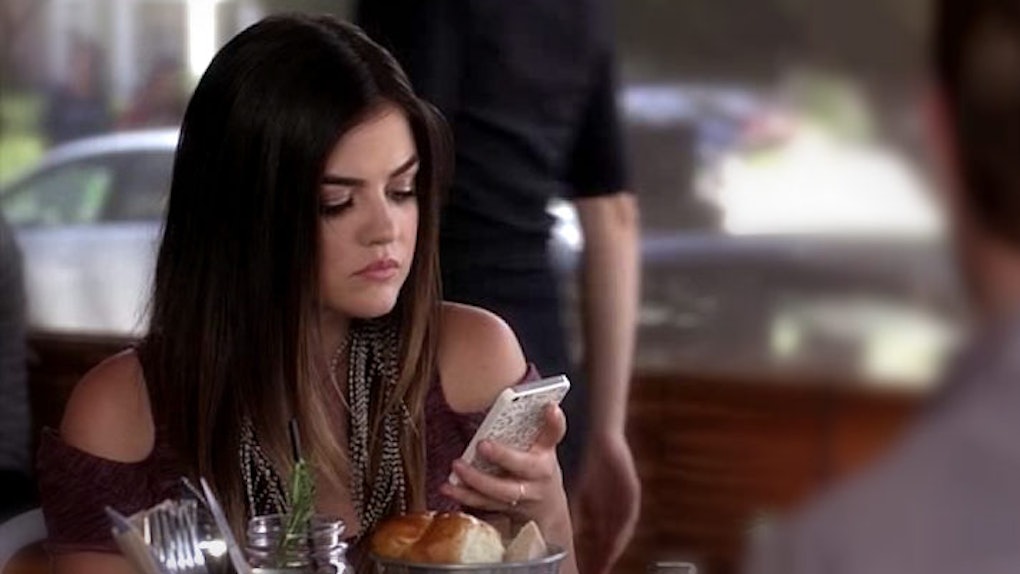 I've been on dating apps since I was 18 years old. With four years of experience under my belt, I don't have time to play games.

Looking back, it must have been really frustrating for guys to try and set up dates with me when I was so wishy-washy and awkward. But I guess that's why I can spot the signs a mile away that things are going to go nowhere and it's never going to become a real date.

Plus, as a certified Tinder-ella, if things don't work out with someone, it's so easy to swoon the next guy with my wit and charm.

That being said, just because I'm ~so hot and hilarious~, doesn't mean every match I get turns into a real date. More often than not, the conversation just stays in the app and doesn't even transfer to texting.

This probably happens to you, too, and you might be wondering why that chemistry never turned into an actual date. Here are seven reasons why:

1. You started talking about sex five messages in.

I'm not going to sit here and pretend I'm an angel who hates sex, but I am one of those people who's actually looking for a relationship on a dating app.

But on apps like OkCupid or PlentyofFish — where it CLEARLY states I'm looking for long-term dating — I really don't know why someone would think jumping right into sex is OK.

And I know I'm short, but if one more person says I'm "so tiny" and that I look "like I could be thrown around easily," I will flip the fuck out.

2. You asked for her Snapchat username before anything else.

This might not be a deal breaker for most, but it is for me.

There has never been an instance where a guy has asked me for my Snapchat username and then didn't ask me to get freaky on it 15 minutes later.

3. You took too long to set up a date with her.

I hate the "not looking for a pen pal" line people put on their profiles, but they kind of have a point.

If we've been messaging or texting for days, and you haven't actually asked me on real date at a real place, then I'm just going to fade out slowly.

I never ghost, but technically, I don't count it as ghosting if I've never actually met the person.

Personally, I'm just like assertive guys. I want to be asked out. So unless I really click with a guy, I'm not going to allude to meeting up first. But someone who actually wants to meet you will make it happen.

I like to give people second chances because I'm a sucker, but flaking is actually my biggest pet peeve. It's lame, and for a lot of people, it's one strike and you're out.

In the amount of time it takes for you to flake and then try to make plans for second date, I could schedule three dates with three other guys and choose to go exclusive with one of them.

I hate guys who set up a date but don't text me at all after we set it up because they "don't want to run out of things to talk about on the date."

If you absolutely need a week just to think of things to talk about on a two-hour date, I regret to inform you you're just not an interesting person.

This is completely self-explanatory. Regardless of whether your sent it on Snapchat or texted it, just no.

7. She never wanted to go on a date in the first place.

Let's just put this out in the open: Some people only use dating apps for validation.

And then, there are those people who only go on apps because they got into a little argument with their SOs and want to see what else is out there.

All these people are kind of shitty, especially if they wasted your time.

But like I said, just because it doesn't work out with one match, doesn't mean you're hopeless. Just keep on swipin'.