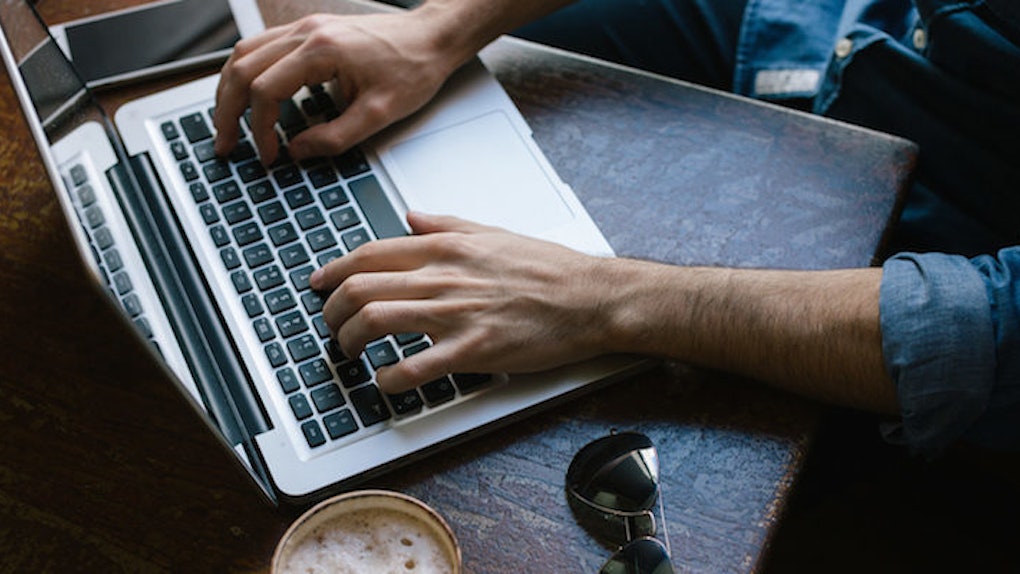 How To Stalk Your Tinder Date Online, From A Cybersecurity Pro

I used to think of going on a first date like prepping for a job interview -- you were obliged to do a little research to know what kind of candidate they were looking for.

Maybe I'd scroll through their Facebook page or snoop their music preferences so I could present them with the perfect romantic mixtape.

It took a lot longer than it should have for me to realize this made me look less like someone enthusiastic that he did his homework and more like, well, a creeper. So I stopped those habits.

Today, I work at a cybersecurity startup, studying things like phishing and social engineering -- all the sorts of things that hackers use to dig up personal details on a specific individual so their fake e-mails look less fake.

The bad guys basically use a target's personal interests to engineer a meet-cute with them and use the fact that they are magically into the same things to weasel personal information out of the target.

Given the fact that 30 percent of people lie about their music tastes to attract a partner, this sounds more than a little like the dating scene.

So I've put together some next-level tools and techniques from the world of cybersecurity to help bring your date-vetting game to the next level.

Let me pause here for a moment. While the information you are gathering here is all technically public information, this is the technical equivalent of lurking behind someone in the mall watching them as they shop and breathing heavy -- it's not illegal, but it's pretty creepy.

On the other hand, scammers exist. On dating sites, I've run into people with fake pics or fake locations, bots, people trying to trick me into buying drugs, people trying to scam my personal and financial information, and, once, someone who tricked me into going to a Scientology meeting.

So if you're talking to someone online and something makes you suspicious, it might be in your best interest to do a little research. No need to start dating someone who's secretly married or one of the 10 percent of sex offenders who use online dating to meet people.

What to do when you only know their username

It's pretty easy to find someone when you know their name. But what do you do when you're faced with a message on a dating site and all you've got is their screenname, maybe a few pictures, and whatever telling details are in their profile?

It's hard to snoop on someone when you don't know who they are, so your first step is to try and find out what name they sign on their debit card receipts.

To start, you can simply throw their username or email address into Google. Studies find that people reuse login credentials a lot, with 64 percent of folks using the same password on most or all websites, so your chances are pretty good of pulling up something with just a search engine and a little bit of patience.

People reuse a lot of profile pics too, especially if it's something like a professional headshot. Taking their photo and plugging it into a reverse image search engine like TinEye, Google Images, or even Pinterest's Visual Search Tool can turn up other sites or social media.

So if something looks like a corporate headshot, a reverse image search might turn up their LinkedIn page or their company bio, or even their Facebook page.

What to do when you know their email or phone number

While you can't look people up by phone numbers (even if they have it listed on their profile), you would be surprised at how many people leave their numbers on their friends' public walls.

If you search for a phone number on Facebook and it's been left on someone's wall (or on one of those "I lost my phone, need numbers" group walls), it will show up in the search results.

The next level of this is Pipl. Pipl is an aggregator that searches the "deep Web," or parts of the Internet that are often missed by regular search engines. Plug in an e-mail address, username, or phone number and Pipl will bring up the stuff Google might have missed.

What to do once you know their name

So you've found your information lynchpin on someone -- things like their name and location. How do you take that information and use it to start connecting the dots between all their information scattered across the web?

Looking them up on connectifier is a good start. Connectifier describes itself as “a social aggregator which can deliver data such as direct contact information on individual candidates from across the Internet by tracing their digital footprints.”

What this means is that you can look up and find out, in one text box, where someone works, where they went to school, what websites they're associated with, and some available emails and phone numbers.

It pulls deep, too. When I plugged my own name in, it pulled up all my social media, magazines where I'd been published, and four old blogs I started writing for a hot minute then gave up on.

Zabasearch is the same sort of aggregator, but it searches public records for information. Depending on how your subject lives, this could pull up more of less useful information.

Since I've spent the last 10 years living like I'm dodging a mob hit, it only pulled up a couple addresses from a decade ago. But when I search my mom, it pulls up her current address, her phone number, and a map to her house.

I'm not suggesting you use this you so can stake out someone's house in an unmarked van or anything. This is more useful if you feel like you're being scammed. If someone tells you they live in Pittsburgh, but all their info has them located them in California, that should raise some red flags. If it turns out that someone has no public information attached to their name at all, that should raise even more.

What to do when you're trying to get dirt on them

"But what if I only care if the person I'm looking up is a serial killer?" you might ask. Well, good news and bad news. The bad news is you'd better hope they're a convicted serial killer, because the best you can hope for is looking up someone's convictions.

There are lots of services that will do this for a fee, but if you're not willing to pay, you can go to the state courthouse site of where they live and search their court transcripts.

This can be a little tricky in that you have to search in the state where the crime was committed, and their search engines can be a little finicky about names. But when you get a hit, you can find out everything from charges to if they're out on bail. You may also have some luck just searching their name in quotes plus “mugshot,” although personally I've had a lot less luck with that.

If you're just worried that they're a sex offender, the search gets a lot easier. The department of justice has a nice search engine where you can find people based on their names, or comb through their registry.

Finally, if you're only worried about crimes of the heart (i.e., if they're married), there's not a free one-stop-shop search engine that I'm aware of. By and large, your best bet will be snooping their social media or searching newspaper records to see if there was a wedding announcement. There's a nice walkthrough here that should guide you through the process.

What to do when you're trying to impress them

There are a lot of programs out there to help you track someone down and research them, but there aren't that many that help you with what happens when you actually have to make contact.

If you need an app to play Cyrano and whisper how to talk to someone in your ear, then Crystal is what you need. Crystal snoops someone's publicly available data, runs it through some personality test algorithms, and comes out on the other side with some suggestions for ways to communicate more effectively with someone.

What does that mean? Well, here's what it says about me:

So, not everything here is 100 percent accurate, at least based on my own limited self-awareness. I roll my eyes whenever someone uses an "emoticon." Still, a lot of stuff is spot-on. This information would give someone an edge if they were writing to me out of the blue.

Crystal covers some of these issues by including an accuracy score based on the type and amount of data they were able to analyze:

Or, you know, you could just nut up and talk to whoever you're dating and see what happens, especially since it turns out people aren't great at knowing what they want out a relationship.

One study found that speed daters questioned about their relationship preferences usually prove themselves wrong just minutes later with what they actually prefer in real life. So when you pull up some personality profile about someone, maybe take it with a grain of salt.

Apparently we don't know ourselves that well either.