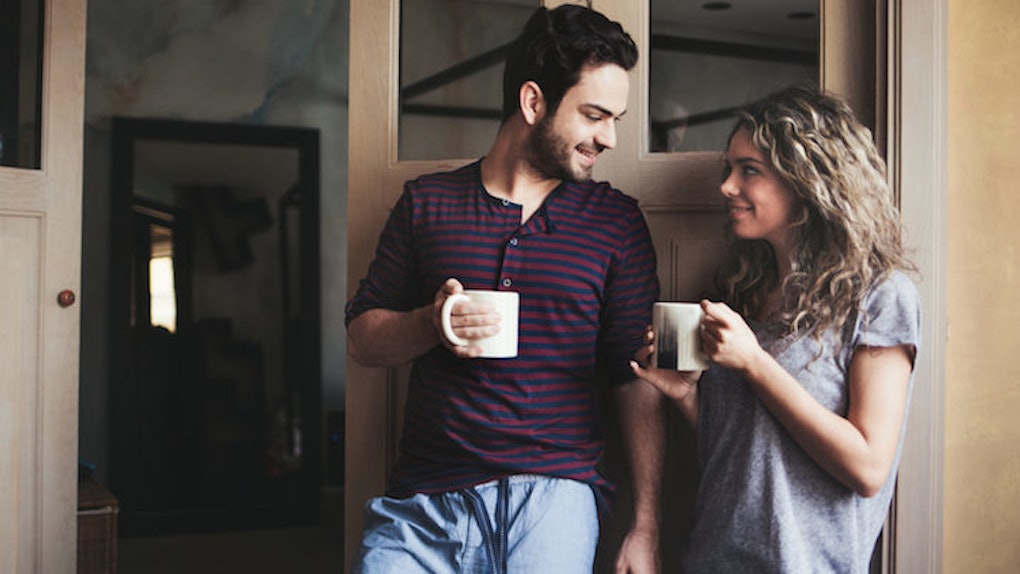 The Honeymoon Is Over: How To Keep Enjoying 'Routine' Relationships

Relationships aren’t easy. In fact, they are damn near impossible to be in most of the time.

It’s not hard to understand why.

When we all come from such different backgrounds and are armed with such varying opinions and personalities, it only makes sense pairing us off would make for tricky business.

Generally speaking, finding someone is the easy part.

It doesn't matter if it's getting set up on a blind date, trying your luck at love on Tinder or meeting organically over the organic produce at the local Whole Foods.

However it happens for you, we all tend to meet people when we least expect it.

All relationships progress the same way: a few weeks of dancing around the sexually frustrated pink elephant in the room, several months spent wrapped up together in honeymoon-esque bliss and then, the inevitable point at which you both get “comfortable.”

I used to think comfortable was a dirty word.

It's as though being at a point where wearing your real pajamas to bed (sorry, Victoria's Secret, but the truth is, flannel wins over silk and lace every time) and allowing your significant other to fart openly in front of you most assuredly means the slow death of your relationship.

I imagined a point in time when the two of us would cease speaking altogether.

We'd be too “comfortable” to bother making the effort anymore, and confident grunts and gestures alone would suffice.

I saw myself waiting up alone at night, bitter and raging through the keys of my laptop, with him out and about someplace where, once upon a time, he would've been thrilled to take me.

I would start to panic as I imagined a point when our thrilling sex life would give way to scheduled quickies twice a week (sans any kind of foreplay, naturally).

This is how I pictured the place in coupledom they call “comfortable.”

That depressing, lack-of-love shack aside, I now find myself in that comfortable groove I used to dread.

This time, instead of running for the hills, I’ve stuck it out.

Thank God I did.

Like an urban legend demystified by science and a few elaborate lab tests, I’ve discovered being “comfortable” with your better half is not a foreboding word interchangeable with "complacent."

I have found a sense of security with this other person that could only come after putting in the time and effort to truly see all the good, the bad and the ugly.

The honeymoon phase came and went, and when we found ourselves at the mark where I once thought too many stayed a beat too long, we stayed a little longer.

I’ve discovered the benefits of growing accustomed to certain routines with another person.

I am armed now with an understanding of what it means to love someone else enough to truly look forward to the added responsibility of redesigning your life to accommodate another person, and everything that comes with him or her.

I’ve also been enlightened to the fact this point in a relationship is not defined by time served or routines followed.

In fact, this phase of working toward something lasting is everything you make of it.

My relationship is not an exemption to the rule.

It has not been any easier for us to make it work than it might be for anyone else, and admittedly, it’s early to make the claim our success has been etched in stone.

To be frank, our contrasting backgrounds, varying baggage and super-sized age gap were all factors that would likely have put us in the “doomed from go” category, were it not for one of the things he and I have in common: We are willing to put in the work for the things we want.

It’s by no miracle every month with this person has me happier than the last.

We work at it.

He’s taught me words like “mine” and “me” can be replaced with “ours” and “us,” with little to no pain or loss in personal identity.

I’ve taught him the value of taking a breath long enough to look up and really see all the amazing things that flutter just above the thick fog of sh*t that can sometimes overwhelm us.

He’s teaching me about the sounds of the 80s, and I’m giving him an education in emoji and Burning Man.

Somehow, we always seem to meet in the middle.

This common ground comes with enough time and realistic expectations, and I would recommend it to anyone.

At the very least, I recommend keeping your expectations realistic and your communication open long enough to see just where “comfortable” might take you.