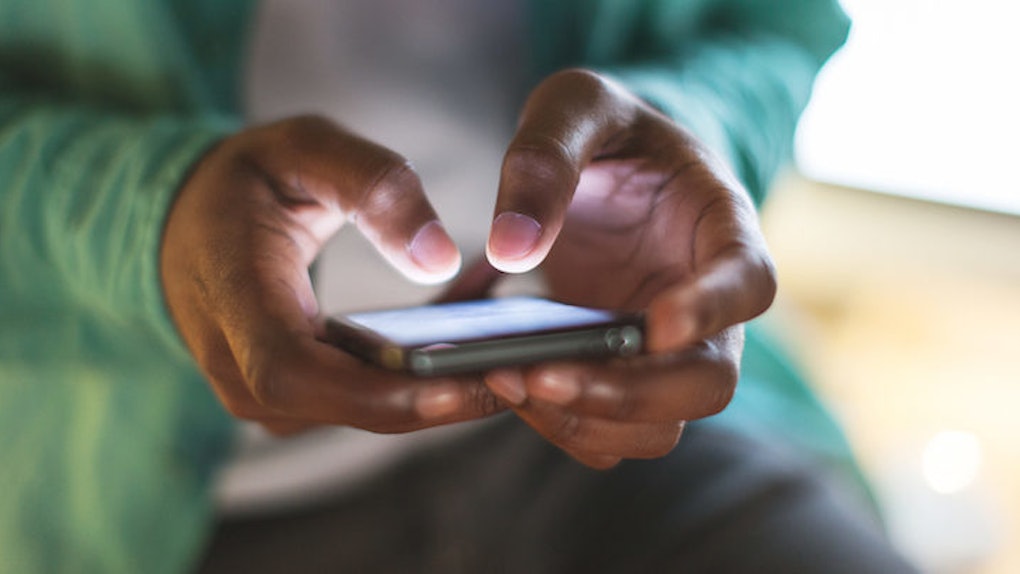 FML: Why 'Come Over' Is The Worst Text You Could Ever Send A Girl

There may have even been a basement grinding session or a clumsy make out between the two.

Before you know it, the sun is shining on the outside world, and girl is dousing her hungover self in darkness and Gatorade.

She likely waits — morning migraine lessening and anticipation skyrocketing — for a text from the mystery man. A few hours later, she isn’t disappointed.

That is, until she reads it.

Boys, really? Are you kidding?

It’s not even noon.

Now, I’m going to let you in on a little plot twist: The girl is me.

It’s also my sorority sisters, the girl I just passed on my walk to class and every single one of the females (not) studying in the library’s quiet zone.

It’s likely everyone you know who has a social life and a vagina has been texted those two little words. It's also just as likely they have been pissed the f*ck off by them.

I’ve been a single sophomore in college for a whopping two weeks, and the amount of times the phrase “come over” has unfortunately popped up on my phone screen is — wait for it -- six.

From six different people, all of whom I’ve met in a drunken haze, and shown the same amount of sexual attraction I show to a door knob.

This is not even a request for "Netflix and chill," which, being a deviation of the “come over,” requires more than three brain cells to propose.

No, this is always something along the lines of, “hey what’s up come over.” There is no punctuation, no pause, no flirty preamble of conversation.

So, boys: What exactly are we going to do when I come over? Bake cookies and debate politics? Because if you can’t offer up a little more effort, those are the only things I’ll be interested in.

The context is a bit different if you’re in a relationship or if you’ve hung out a few times, but attempting a booty call after 10 seconds of slurred conversation is not going to make a girl want to swan dive onto your stained sheets anytime soon.

You know what? We could’ve hit it off.

We could’ve been in love.

We could’ve become that couple who drops their aspiration for higher education, and posts swoon-worthy Instagrams of hiking Machu Picchu, and insufferably pretentious blog ramblings about finding ourselves in the barest minimums of life.

By the same token, we could’ve been that duo with matching doctorate degrees from Ivy-caliber graduate schools, who move into the largest corner house on a street ringed with white picket fences.

We might have owned a German Shepherd. Our children would have been adorable.

You just used one gross text, and potentially missed out on your future.

You typed eight letters and somehow, you effectively managed to kill romance.

I don’t even know if killed is the right word. Bludgeoned? Mutilated? Obliterated? Destroyed?

Are you getting that I’m pissed off yet?

No one is asking you to leave a trail of rose petals from my sorority house to your bedroom.

But some effort (or at least some evidence of brain functioning) would be much welcomed in this world of Tinder swipes and one-night stands.

You’re not doing me any favors by offering up a romp in the hay.

I’m not some fornication-starved sex addict. I’ve gone a good chunk of my life without having done the deed, and I’ve gone even more without knowing you.

In case you haven’t guessed, I’ve been fine.

To all the girls out there being bombarded with “come over” messages, I feel your pain.

Don’t worry; we can get through this together.

Let’s "Netflix and chill" with each other, and a nice bottle of Pinot.

As a PSA to everyone with a penis: Work on your pick-up lines.

We will all thank you for it.