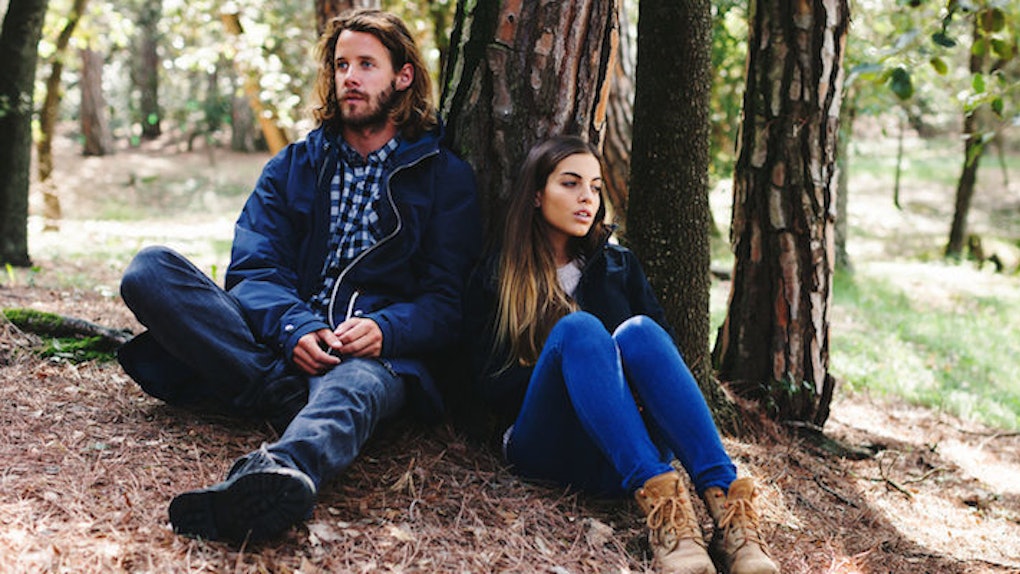 I hope things are going well.

Things with me are going great, so you don't need to trouble yourself by asking.

But let's be honest here: Neither of us actually care.

Time has passed, and I've grown into a person who takes the high road.

And by high road, I mean stopping myself two seconds before introducing you to my fist.

I know, I know. I should do better and not even have those thoughts, but I can't help myself.

You see, every time I see your face, it reminds me of the conversations you had with my man (ex-man).

Some conversations involved real-life questions you needed answers to, and some involved extremely inappropriate comments you should only share with those close to you.

In other conversations, you had genuine questions, but I bit my tongue and looked away.

I told myself, if I was in the same situation as you, and he was really the only person I could talk to, I would ask all the questions I had.

You don't get real responses about life except from those around your age, anyway.

The conversations when you made comments like, "Saw you liking her photos on Instagram. I know you wanna hit that," are engrained into my memories.

Was your relationship really that close that you could talk to him like a bro?

Was your relationship that solid where you could insult me, yet act innocent when I was around?

How were you two closer than we were, when I knew you so much longer?

One night, you two met up and talked about how you felt for one another.

Maybe I missed the deep conversations about life you shared.

Maybe I missed the get-togethers that brought you two closer together.

As far as I'm aware, there was only one time you two actually met without me.

Maybe there was more to this story than I've been told. Who knows?

You'll never tell me, and neither will he. And frankly, I don't want to ask.

I just want to tell you one thing.

Remember that night you two spoke about your feelings, and you said you weren't a "homewrecker?"

Well, I refuse to agree with you.

You're not all to blame for the failure of my relationship.

You are not to blame for the insecurities in my mind.

You are not to blame for liking such a great guy. He was a catch, after all.

The moment you stepped in, you were accountable for what happened.

You were accountable for not letting me know that my ex-boyfriend was a backstabbing scumbag.

You were accountable for liking our photos on Instagram long after this conversation happened.

You are to blame for looking me in the face for months without saying anything.

For six months, I didn't know.

For six months, I had to wait to find out about your "nothing happened" affair through a side comment made under his breath.

It was something I could have missed had I not heard your name.

Woman to woman, I expected more from you.

Sure, it's tough to tell the girlfriend of the guy you like that he actually hit on you.

I mean, would she believe it?

Would she call you a hater? Would you get verbally attacked?

All of those options are possible.

However, there is one thing in common with all of these options: You said something.

I sat there looking like an idiot, thinking my ex-boyfriend was getting innocent texts from you and sending them back.

I sat there on our anniversaries, calling myself so lucky.

All the while, you two were developing feelings for one another.

You didn't sleep together? Oh, good.

Then in that case, there's no way he was unfaithful.

There was no way you were a homewrecker.

Just because he liked you and you liked him, you didn't do anything wrong. I'm just overreacting.

Let's just hope you are never in this position because if you ever do, you'll have to say I was right.

You'll have to say, "I really was a homewrecker."