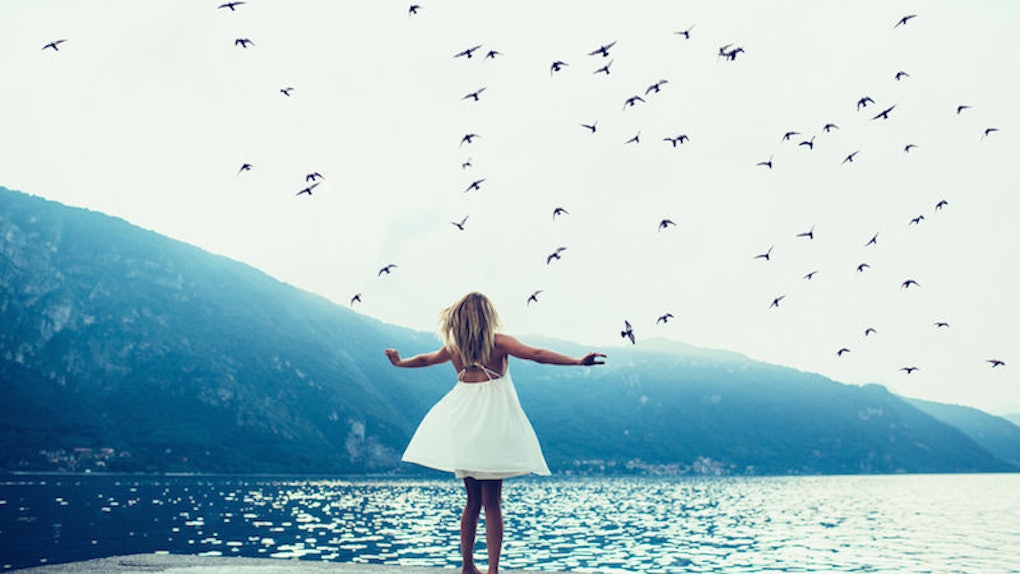 The 'Other Woman' Is Still With My Cheating Ex, But They Can Have Each Other

For four years, I dated a man I was really in love with, but we were always on-and-off.

There were always rumors about him cheating, although nobody could ever prove it. My feelings were so strong that I did not want to hear what my gut was telling me.

Eventually though, I broke things off for good.

I stopped caring what he, his friends, and his family thought of me. It became impossible for me to look in the mirror without feeling disgusted with myself for allowing him to do this to me. It took me months to get back to feeling good about myself.

A couple months later, when I was feeling happy about my life, I finally found irrefutable proof that he had cheated on me: A picture of him and his ex-girlfriend together when we were still together.

I laughed hysterically at first, then flew into a rage, and then began to cry.

Why? Because even though I had let this man go--and it was absolutely for the best because he was a lying, cheating, narcissistic loser--I still felt the sting of betrayal, regret, and lamentation. Why me? What did I do to deserve this?

But aside from me and how I felt about him, something told me there was more to the story. Maybe he was with her the entire four years we'd been together.

Actually, I was sure of it. Something in my gut told me that he had brought both me and her to see the same friends and family. He'd taken us to the same events and told us the same lies, including the one about him loving us and wanting to spend the rest of his life with us.

Naturally, he'd fucked us both in the same bed for all these years. I was sure he and his roommate slapped high-fives between our visits.

I thought, "There's no WAY this girl expects that he's been cheating all this time, and there's FOR SURE no way she thinks everybody has helped him facilitate these lies for all these years."

So, although it was totally out of character for me, I decided to tell her.

To this day, I have mixed feelings about it. My heart was in the right place, but what happened after I told her made me realize that you can't just blame men for cheating. Sometimes, the women they cheat with are just as much of the problem.

I told her in the most gentle way I possibly could even though I was dying inside. She responded, asked for more pictures and texts. After some denial, she eventually realized this man did indeed have two girlfriends in the same city for several years.

I felt terrible for her — for us — and learned they had been together for six years. I assured her that if I had known, I would have broken it off with him immediately and tried to support her through it all.

That phrase really stuck with me.

Don't get me wrong. My empathy vein is strong. I realize that six years is a VERY long time. I realize that I never allowed our relationship to get as serious as she did. But "not to this extent?" Had she accepted his cheating to SOME extent? Was she cool with that?

It blew my mind.

I had opened myself up to scrutiny and misperception, not to mention potential drama. I hoped I had the strength not to succumb to emotion and be able to take the highroad.

But I figured nobody could really want to live their life with someone that able to carry out this scale of deception. Ignorance is one thing, but like Maya Angelou said, "[once you] know better, do better".

So I gave her the benefit of the doubt.

That is, until I found out that SHE IS STILL WITH HIM.

Yeah, you heard me right.

AND SHE'S PROUD OF IT.

I wasn't sad, hurt or angry when I found out. I'd told her the truth with a pure and concerned heart.

But it did have an impact on me. Once I sorted through my feelings, I realized I only really felt one thing: disappointment.

I was disappointed in this woman for allowing something like this to continue to happen, because I know him well enough to know that manipulating people was built into his DNA. And I was disappointed that she didn't respect herself more.

The power this guy gets from making people react is a sick pleasure he revels in.

I was disappointed that somehow, she chose to forgive him for it, even after six years of lies.

You end up with what you accept.

I don't believe any woman deserves to end up with a man like my ex. I am thankful and I feel blessed every day that I escaped what would have been a terrible fate. But as disappointed as I was, I realized this type of situation is all too common. Men are given a pass to cheat these days.

How are they given a pass to cheat?

With the invention of the "side chick" identity, the "wifey" myth, and the anti-feminist way women compare themselves to one another via social media. Side chicks are willing participants. Wifeys have rings on their fingers and changed last names. Whether or not you call yourself a feminist, you should never make excuses for men who try to treat women like pawns.

I implore you to reflect on all of this.

Why should you have to settle? Why should you be stepped all over and made a mockery of? Nobody should laugh at you behind your back. Live a life that's worthy of you and dump the cheating asshole.

There are billions of great men out there, so hold out for one of them. It's never too late to start anew because you are good enough, and you deserve better.