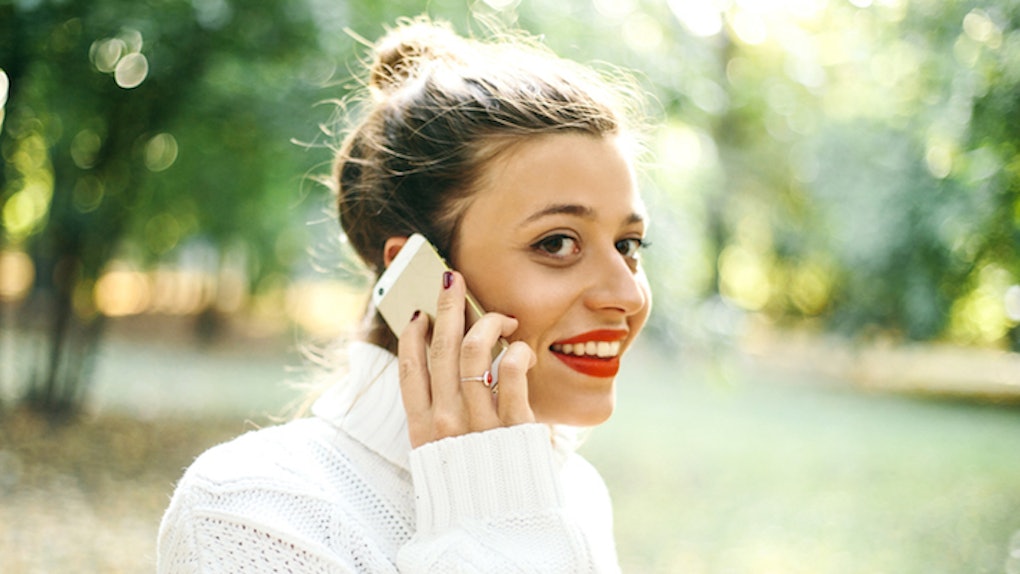 Smartphones Are The Reasons We Don't Trust Anyone Anymore, Science Says

Picture this: You're lost in a foreign city when all of a sudden, you run into a super hot stranger. You ask him for directions, and he offers to personally walk you to your destination so you don't get lost. During your stroll, the two of you fall deeply, madly in love.

If this fantasy appeals to you, I'm sorry to say, the odds of it actually happening are slim.

It's not just because being led by a hot foreigner who has no intentions of killing you seems more like a scene from a rom-com than real life. It's because, when it comes to getting directions, you would never trust a stranger over your phone.

And it's not just me saying that. It's SCIENCE, you guys.

A new study using data on 2,232 Americans looked into the effect our reliance on cell phones is having on our trust for others.

Psychologists Kostadin Kushlev of the University of Virginia and Jason Proulx of the University of British Columbia discovered that "the more people relied on their cell phones for information, the less they trusted strangers, neighbors and people from other religions and nationalities."

However, relying on your phone doesn't affect how much you trust members of your own family or others close to you, like your SO and friends. So calling on dad for directions is still a totally viable option.

The data doesn't prove any sort of causal relationship between cell phone reliance and trust for others, but the researchers believe (and I can't argue with this finding) that cell phones are taking away the need to depend on others.

This makes total sense. When you're in that foreign country, there wouldn't BE a need for you to ask the super hot stranger for directions. You can just look on your phone, duh.

Unless, it's dead, of course. In that case, maybe you'll get your rom-com meeting of your dreams! Or, the foreign horror story of your nightmares...

Bottom line: It's time to add Google Maps to the list of reasons why you're still single.

Citations: Are Cell Phones to Blame for Our Plummeting Levels of Trust? (Pacific Standard), The Social Costs of Ubiquitous Information: Consuming Information on Mobile Phones Is Associated with Lower Trust (PLOS ONE)