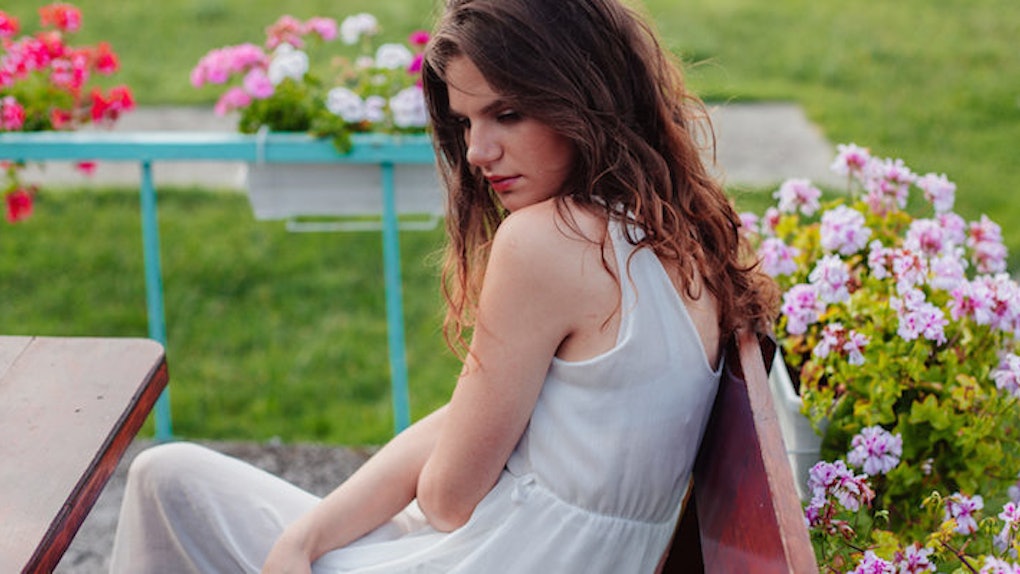 It finally happened. I've developed feelings for a guy I can't have. And it's tearing me up inside.

Guys, I don't fall for the guy who has a girlfriend. I just don't.

I mean, I do fall for emotionally unavailable fuckboys, as many single 20-something girls living in big cities tend to do.

I am many things, but I'd like to preface the rest of this piece by saying I am 1,000 percent not a homewrecker, so I'm not going to do anything about my little crush situation.

But I hate this girl because I just know he and I would be perfect together.

And I hate him for choosing her. There's just a ton of hate floating around this whole thing. I am in love, but I've enveloped myself in a cloud of hate.

It hurts. It's like no other pain I've felt before. There is nothing I can do to be his girl, which pains me greatly because I'm a control freak and don't know how to handle situations I can't be proactive in.

Here are the five major thoughts that go through your head when you fall for the guy you just can't have:

Well, why didn't he?

You just really need to know why, but you can't ask because a) you'd sound crazy, presumptuous, or like a sore loser; and b) he can't know you actually have feelings for him.

So, you'll never know why. And you're going to internalize it all and go to bed every night analyzing every single little flaw about yourself.

Sure, she may have long legs and straight, untangled hair. But you, my heartbroken friend, have the same spunk, heart and personality that he does.

You know his heart. And you take personal offense to the fact that he chose her when, really, it probably had nothing to do with you.

He wasn't even thinking about you when he decided to make her his.

You're suffering from one million mini existential crises, and it ain't easy.

3. Maybe I should sleep with someone else to try and get over him.

I really have issues with that whole "you can get over him, if you get under someone new" concept. Sleeping with someone else is just a temporary fix for a gaping wound, and it's only going to make you feel emptier and more alone.

But you sleep with someone else to see if it lessens the sting. You realize it didn't work, and you're just going to have to wait until you find someone equally as awesome as Mr. Taken.

He's just going through a phase, you figure. This girl isn't his "forever" girl, she's just his "for now" girl.

You aren't going to sabotage their relationship because that isn't your style. You're just going to sit back and not do anything.

Hell, maybe if you play the whole hard-to-get card, he'll drop her and go for you.

Listen, I feel you. I'm such a sore loser. I refuse to be defeated in work, love and life.

In fact, I'm currently staying single just so I can be the girl whose arms my crush can fall into when this girl eventually breaks his heart. Sigh.

Waiting for him, you realize, is just a waste of your time.

Sure, maybe you think his new girl isn't good enough for him, but who's to say they'll even break up? You're hoping for it, but you can't guarantee it'll happen.

Waiting for him, you realize, is just a waste of your time.

For whatever reason, this guy seems necessary to your happiness, but your love life is still important and shouldn't be put on hold just because of him.

This guy and his new girl are each other's problem. You have better things to do.