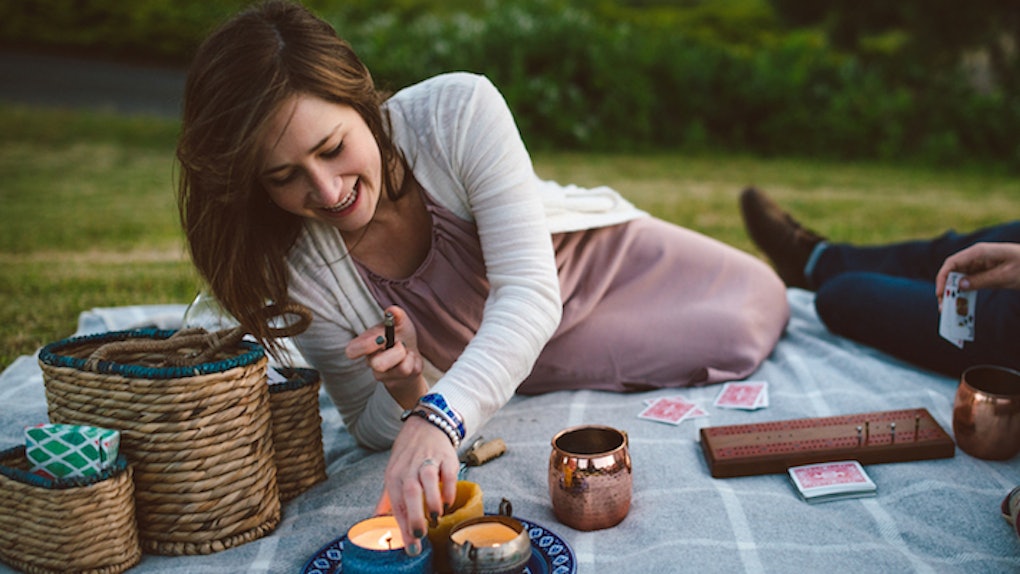 I Came Out Multiple Times Because I Was Questioning My Sexuality

I didn't have one moment where I just came out; I slid in and out of my closet slowly and cautiously. For a while, I identified publicly as a straight, then as a biromantic asexual, then back to straight ally, then finally as queer/bisexual.

In other words, I was really, really confused for most of my teenage years. A lot of that stemmed from the medication I was on, nervousness about choosing a “just right” label and a general lack of knowledge of what it means to be attracted to someone.

For a while, I didn't even know what real sexual attraction felt like. This was because of the medication I was on to treat my anxiety and depression since I was in middle school.

SSRIs (the class of medication I was on) can often have a side effect of causing a lack of sexual interest. I was “lucky” enough to experience this, though I wasn't aware it was the medicine causing this. So, I came out to my friends at 15 years old as asexual.

I mentioned it to my parents and sister, but immediately retracted the statement the next day. For some reason, I was 100 percent accepting of others being any sexuality, but I couldn't see myself as anything other than heteronormative.

I was a member of my school's gay-straight alliance starting my junior year, when I was 16. Around this time, my medication had been switched around so that I was on a new medicine in addition to the SSRI.

This medicine ended up reversing some of the side effects I'd dealt with, including a lack of sexual attraction. I started noticing guys in a different way, and I felt conflicted. I wasn't ready for anything sexual, and furthermore I was completely unprepared for these feelings that I was all of a sudden introduced to.

But the feelings were there nonetheless, so I dropped the asexual label and thought I must be straight.

And then I developed a crush on a girl my senior year of high school.

After so many years of questioning whether I was actually interested in women, I finally had my answer. I wasn't ready to say the word “bisexual” yet, nor did I feel comfortable with the term.

I had only ever had crushes on guys, so it didn't feel 50-50 for me like the term seemed to imply. But here I was, longing for emotional and physical closeness with the sweet, shy girl in my costume design class.

I dropped the search for a perfect label and asked her to prom by playing a song on my guitar and singing for her in the hallways of our high school. I considered that my “coming out” because I knew word would travel pretty fast around our school. I never said the words “I'm bisexual,” though, and for a long time didn't feel the need to.

But labels are scary: it would mean I was part of a very small minority.

At my high school, I think there were 2.5 girls in my grade that were openly on the LGBTQ+ spectrum (I considered myself to be a “half”), one of which was the girl I asked to prom. I think part of the reason I didn't want to label myself was because I didn't know what label really fit who I was.

But labels are scary: it would mean I was part of a very small minority.

When college rolled around, however, I found lots of women in my year that identified openly as something other than straight. Seeing other women so open about their sexuality gave me the courage and inspiration to call myself bisexual in front of my sister, my parents and my friends.

I don't feel the need to blurt out my sexuality, but I'm glad I found a label that I felt comfortable with.

Even though I'm bisexual, I'm not equally attracted to men and women. I'm interested in more than just people identifying with the gender binary.

I'm in a relationship with a guy, but that's why I think it's so important that I identify myself as bisexual. The term bisexual, to me, means more than just attraction to men and women. It's a way of saying I'm attracted to lots of different people without going into detail about what that means.

To me, it's the least specific label that most people also know the meaning of, and that's why I like it.

I questioned my sexuality for years, which was a scary period of my life for me.

I hate uncertainty, and the fact that I might be using a false label really freaked me out. But with time, I've learned that even if I'm not a 100 percent accurate version of bisexuality, it doesn't matter.

Life isn't really about whom you're attracted to; in the end, it's about whom you fall in love with. And let's be clear: You don't need to put a label on love. Love is in itself a label, the most important one, in my opinion, and that's all you really need to know.