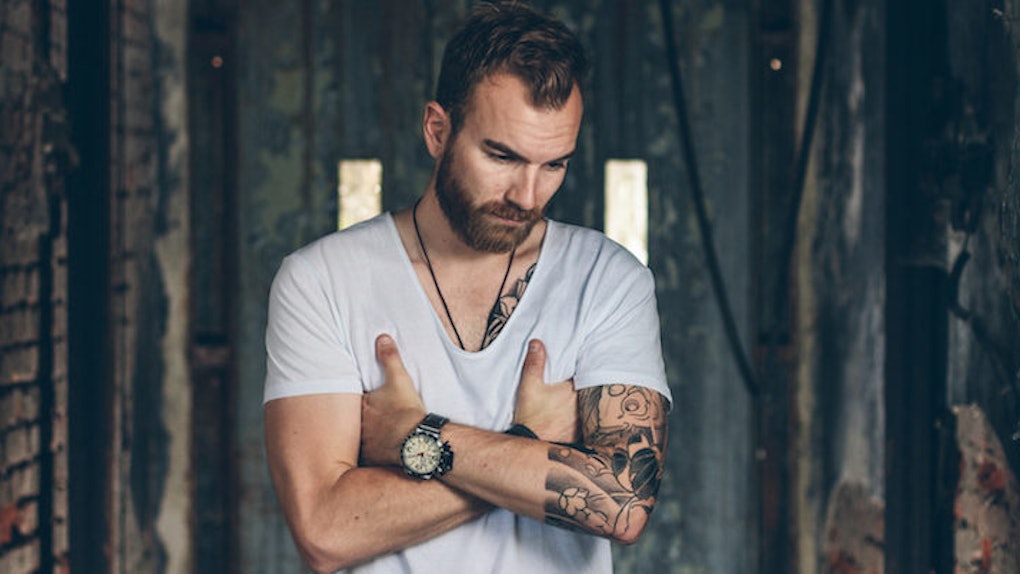 Breakups Aren't Getting Easier; You're Just Getting More Numb

A couple of weeks ago, I went on a second date. The first one had been, in my opinion, somewhat successful. She wasn’t my usual type, but she was beautiful, knew how to hold a conversation and had an incredibly sexy accent straight from Spain.

Mostly because of my weakness for beautiful women with accents, I decided that I’d be willing to go on that second date. So I did. And after it ended, I knew that things weren’t going to go anywhere.

When she asked me when she’d see me again, I told her that I didn’t think we were a right match and that it didn’t make sense for us to continue dating. I wasn’t rude or mean about it.

I explained as nicely as I could that she was a great girl, but just not what I’m looking for. I know myself well enough to know rather quickly whether or not I can fall for someone down the line.

It’s not that I know if I will fall for someone before I get a real chance to know them. No one knows that for certain. But I do know when there is no chance that I will fall in love with a person.

And I’m not one to waste my time. Not that I’m against other arrangements -- we all need sex from time to time -- but she was looking for something more serious, and I felt that it would be wrong for me to lead her on.

So I broke things off. She didn’t take it well, to say the least. In fact, she sort of blew up in my face. She’s young, though, so I wasn’t surprised at her reaction.

In fact, one of the main reason I don’t like dating younger women is because they are less likely to be emotionally and romantically mature. They don’t have enough life experience to understand that breaking things off in such a way isn’t personal.

This really is one of those “it’s not you, it’s me” moments.

That’s what happens as you get older. You get almost … numb. You don’t feel all the emotions you felt when you were younger, when you still didn’t understand what it was that you were feeling. People underestimate the impact that novelty has on perception.

As we get older, we become more romantically experienced and more fluent in the language of emotion. We collect romantic experiences and refer to them in our minds when we interact with potential lovers.

In other words, with each new failed relationship, we better understand not only what it is that we’re looking for in a partner, but also why we feel what we feel.

Here’s something that isn’t discussed too often: The more you understand your emotions and why you're having them, the less emotional you become.

It’s not that you feel less; it’s that you feel less often. Emotions are triggered by life experiences and the thoughts you have after the event. But emotions appear so real and natural because they're so involuntary -- a sort of mental reflex.

This doesn't really hold up to truth. Emotions aren't really reflexes. When the doctor strikes your knee so that it jerks, that’s a reflex. When we’re discussing emotions, there’s more than just sensation involved.

As we get older and wiser, fewer experiences become worthy of our emotional responses. Our reality is defined by thousands of experiences, and we gain emotional distance when we emerge from each one. Some of these experiences -- falling in love, for example -- are so incredibly intense that they become our main point of reference when faced with a similar experience in the future.

When you’re young, every crush feels like love. And then you finally fall in love. Everything else suddenly pales in comparison.

In my experience, falling in love can be so incredibly overwhelming, beautiful and intoxicating that I can't settle for anything less.

Another issue is whether or not emotions are good indicators of what's in our best interest. Because our emotional responses are our interpretations of reality -- and not reality itself -- we don't always know what's good for us.

But if you're wise and understand yourself, your emotions will improve your life tenfold. Of course, these more intense emotional responses won't happen as often as they used to. But when they are triggered, they'll feel incredible.

If you're honest with your emotions and your predictions for the relationship, your dating experience will improve. If something isn't going to work, say so.

Breakups are never fun if you're on the receiving end. But sooner is better than later. And when you finally do meet The One, you won't feed the need to waste time. You will be sure that the two of you can make it work.