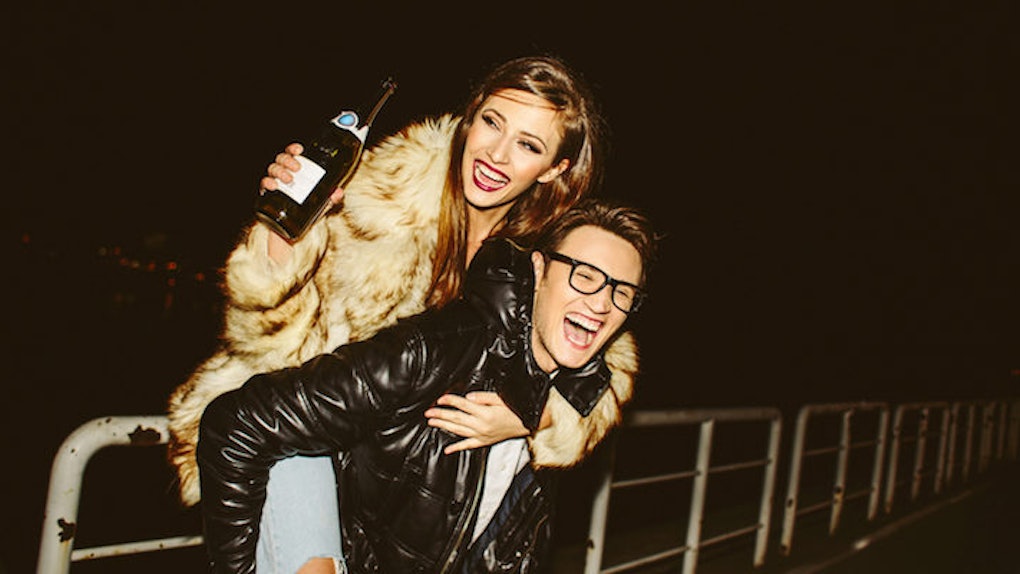 Your BF Is A Bad Influence When It Comes To Drinking, Science Says

Surprise, surprise. Science has found yet another way boyfriends can negatively affect our general wellbeing and overall awesomeness.

According to experts, if a woman vows to take a month off from drinking, it's super likely she will fall off the wagon thanks to her boyfriend being a bad influence.

In fact, 29 percent of women agree if it weren't for their partner, they would drink much less than they currently do. Only 16 percent of men agreed with this sentiment if the roles were reversed.

Even more shocking (or maybe even more obvious?), one third of men admitted to pushing their significant others to keep drinking, even in circumstances where it appears they have had enough.

Of course, a much less staggering 15 percent of women admitted to pushing more alcohol on their boyfriends after they've called it a night.

Chief executive Elaine Hindal says, "'We know that couples who are planning a health regime together fare better when they really support each other."

Chief Executive of Alcohol Concern Joanna Simons adds, "It is really important for everyone to understand how much they are drinking, and to be aware of the safe limits when it comes to alcohol ... Research shows that even a month off the booze makes a big difference to your health, saves money and helps get rid of those extra Christmas pounds."

The study also revealed that 15 percent of women and 40 percent of men were often drinking beyond the safe level of 14 units of alcohol a week. For those of you keeping track at home, that roughly equals 6 pints of 4-percent beer or six glasses of 13-percent wine PER WEEK.

In reality, the numbers are probably even higher, since most people tend to lose count of what they consumed and underestimate the actual amount.

If this is your month to lay off the hard stuff, support your partner and ask for support in return.

Even just one month being booze free will make a substantial difference in your health, including lower blood pressure, weight loss and giving your liver a break. Trust me, your body will thank you!

Citations: Biggest threat to dry January? Your husband: Nearly a third of women confess they would drink far less if it wasn't for their partner Read more: http://www.dailymail.co.uk/news/article-4086212/Biggest-threat-dry-January-husband-Nearly-women-confess-drink-far-wasn-t-partner.html#ixzz4UoDNr9iy Follow us: @MailOnline on Twitter | DailyMail on Facebook (Daily Mail)