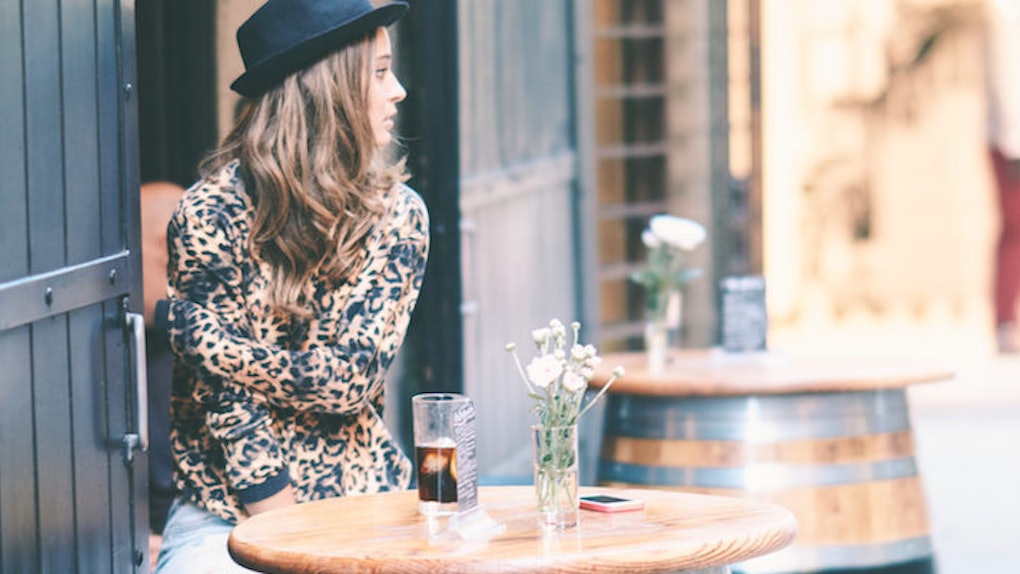 You know when you just can't seem to get over a breakup, and everyone keeps telling you to move on and get over it?

Or, you know, when they tell you to immediately get over the fact that THE WORST MAN IN AMERICA WAS JUST ELECTED PRESIDENT?!

Like, "Oh yeah, sorry! Let me just snap my fingers and stop being absolutely crushed and devastated by this life-altering event."

I've always believed that telling someone to rush to get over heartbreak was the worst advice in the world. And according to science, I'm RIGHT.

A new study has found that even though our natural instinct for getting over a loss is to quickly put it behind us and feel better, actually, it's better to spend more time reflecting on the loss.

And how did the researchers find this out? They made people gamble, baby!

While those who gambled and won liked to bask in their awesomeness and success, losers kept on playing in hopes that they might eventually win. In other words, they acted impulsively to try to get over a letdown quickly.

However, the smarter thing to do after losing so that you don't act impulsively or emotionally is to pause, slow down and think about the loss.

Yes, even if it sucks to do.

By taking your time to cope with a crap outcome, you can give more thought to what you're next move will be, which can also help you NOT make the same mistake in the future.

The study also pointed out that, during this reflection time, you need to accept that your actions don't always have any control over the outcome — which applies to gambling, Trump becoming president or even being broken up with.

So, the next time you feel like you need to be in a rush to get over some guy who broke your heart into a million pieces, slow your roll.

As we all seem to be reminding each other this week, you can take all the time you need, baby girl.

Citations: The Morning After: How to Cope With a Loss (Or a Win) (Psychology Today), Winning and losing: Effects on impulsive action (Journal of Experimental Psychology: Human Perception and Performance)