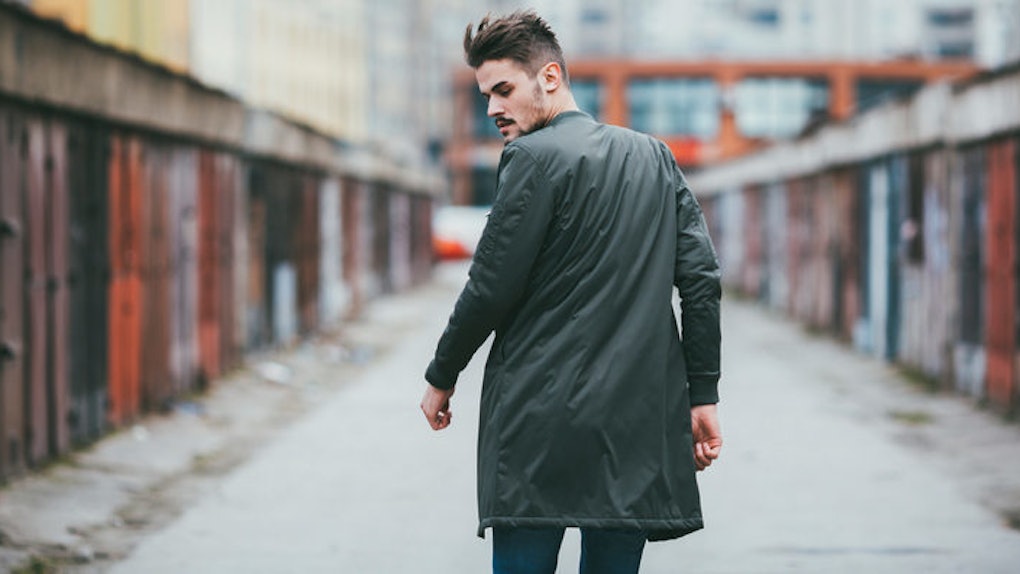 8 Things Being Single Teaches You About Relationships

I don’t need to tell you that there are advantages to being single. If you’re part of the Millennial generation, you know very well how much fun being single can be. We’re a fun generation -- a more sexually open generation. Being a single Millennial usually means making the rounds. We love sex, and we want to have it with as many people as possible.

That is, until we live that life for long enough. Being single is great when you’re young, when you have yet to come to understand what really matters in life. But as you get older and wiser, your perspective on the world changes.

The truth is, being single for a significant part of your life is usually necessary. There surely are some people out there who manage to learn from the mistakes of others, but most of us need to be single to make those mistakes on our own. That’s when you start to learn some lessons.

Here are a few that I picked up along the way:

1. It’s better to be single than in a bad relationship.

Being alone is better than being in a toxic relationship. Not that both won’t teach you some important life lessons, but some lessons you don’t need to learn firsthand. It should come as common sense that if someone treats you like a piece of garbage, that they themselves must be a piece of garbage.

Alas, we still too often cling onto those who spend most of their time trying to pry us off and create distance.

If you’re single for long enough, you’ll learn that being single won’t kill you. So there’s no need for you to be afraid and to stick with someone that abuses you emotionally.

2. It’s better to be in a great relationship than be single.

Being single does have its advantages, but they fall short when compared to being in a loving, caring, honest and dedicated relationship.

The world can be a rough place. Having someone there by your side to help you make sense of all the craziness, all the pointlessness, all the hatefulness, is crucial.  It’s only those closest to us who have the ability to keep us focused on all the good and less on the evil.

3. There is absolutely no point in settling.

When you're single, you quickly realize that there really are a whole lot of fish in the ocean.

Not all of us expert fishermen, to be fair, but with all the dating apps and opportunities to even meet someone in person (some of us like doing it old-school), only an idiot would settle. It’s never been easier to meet the one of your dreams. That is, as long as you have learned all the lessons you need to learn.

4. There are fewer compatible people out there for you than you once believed there were.

Here’s the catch, though. While it may be easier to find someone amazing to spend your life with, it’s still not easy. But nothing great comes easily, right? Why should love be any different? When we first start off living the single life, we go out thinking that finding the next love of our lives will be a piece of cake. Boy, do most of us get disappointed.

You may be dating more and giving yourself a better chance of finding someone compatible, but at the end of the day the percentages stay the same. Now it’s a question of either making it through enough of the inventory to find someone that clicks or getting smarter about figuring out who should get a chance in the first place.

5. Most people are really bad at relationships.

Whether you come to this conclusion after months or years of mulling around how things got screwed up in your past relationships, or whether you come to it by simply observing how others manage to screw things up for themselves, the fact is that you reach the same conclusion: People aren’t good partners. Not that they can’t be good partners, but they systematically choose not to be. Which makes it all boil down to nothing more than a choice.

6. Sex is exponentially better when you care about the person you’re sleeping with.

Most people that prefer being single to being in a relationship, do so because they want to fuck more people. As if they're collectors of sorts. The truth is that all you’ll only be collecting less-than-ideal memories, some horrible ones, hopefully a handful of good ones, and, more than likely, at least one sexually-transmitted disease. The worst part of it all? The sex will never be quite as good as it could be with the right person. I know that you may be thinking that only a maniac could be into the things that you’re into. And maybe you’re right, but I promise you there is a perfect maniac out there waiting to do to you whatever it is that you like to be done to you, with love.

7. Eventually, being single means being lonely, and you can’t avoid it.

Being single ends in two ways: You either stop being single and find the right person, or you live the single life until the day you die, maybe occasionally pretending you'd like to make a relationship work.

Being alone gets lonely. Friends and family are great, but it’s not the same. If we want to dabble in romance, then we need to find romantic love. Many of us think that being alone is manageable. I sure did. Well, I was wrong.

8. Nothing beats being in love.

I always compare love to a drug. But the truth is, most drugs you can wean yourself off of. Except heroin, from what I hear. So, I guess love is like heroin. You get one taste of it and you’re craving it for the rest of your life.

The good news is that, while heroin is guaranteed to destroy you from the inside out, finding and nurturing the right kind of love will be the best thing that ever happened to you.