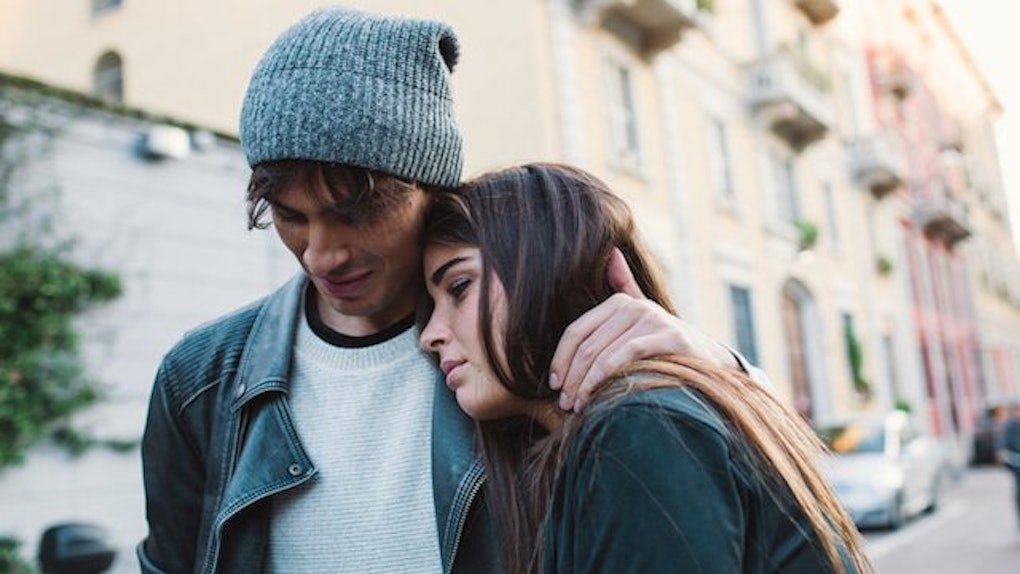 Loving Someone Who Only Sees You As A Friend

Being hopelessly in love with someone who doesn't feel the same way about you can totally suck.

If that person happens to be a close friend in your squad, the pain can cut even deeper. He's a special, significant part of your life because he's been in your world since day one.

You've created incredible memories together, and bonded over the most ridiculous inside jokes. You know everything about his past, because you've been an integral part of it.

He's close to your family, and you're the same way with his.

You're in love with him, while he considers you to be one of his closest girl friends… and that's that.

I'm not going to sugar coat this one bit: It's complete and utter TORTURE, and pretty difficult to swallow.

Being stuck in the friend zone can feel so, irrevocably confining that you want to chug back some wine and bawl your eyes out watching Julia Roberts pour her heart out in “My Best Friend's Wedding.”

Roberts realizes she's in love with one of her best friends once he gets engaged… and *spoiler alert* he ends up marrying the other woman EVEN AFTER Roberts confesses her love for him.

One of the most iconic scenes in the movie is when Roberts is chasing after the man of her dreams (her best friend)... but HE'S chasing after his fiancée.

The struggle is so damn real, and you can relate to this heartbreaker of a movie to a tee.

This is what the unbearable pain of being in love with someone who only sees you as “the friend,” and nothing more, feels like:

1. When you spend time with him, you're forced to face the reality that you can't actually have him the way you WANT to.

2. Guys can be clueless, so you don't think he even knows you have feelings for him. But, then again, would you want him to?

3. Choosing between confessing your feelings for him, or keeping him there as a friend is one of the toughest decisions you'll have to make.

4. You cherish your friendship with him SO much, you feel as though you'd never want to risk losing him completely if things get awkward once he knows how you feel.

5. The thought of seeing him with someone else seems so unfair and cruel…

6. … But the good friend in you wants to see him happy, even if that means seeing him with someone else who rocks his world. You're left feeling super conflicted.

7. You're in a depressing dating funk because you cannot stop thinking about him.

8. You believe no one else can ever compare to this dude, and no other guy will know you as well as he does.

9. You're freaking love sick — your entire world has turned into an emotional rollercoaster and you can't seem to cope. A good night's sleep seems to become a thing of the past.

10. It seems YOU are always the one to reach out for plans, and he doesn't make you a priority.

When all is said and done, you'll have to make your decision. Does taking that leap of faith and revealing your feelings to him trump the risk of driving him away for good?

If you truly value your friendship with him and don't want to put the chance of losing him on the line, the best thing is to move on.

Put yourself out there, don't dwell on him and create your own happiness in your life... because you deserve it. There's no use in focusing on something that will never be.

Stop beating yourself up, and salvage what you DO have with him as a friend, if you think you can.

Good friends are hard to come by… and hey, you don't want to burn bridges in life.