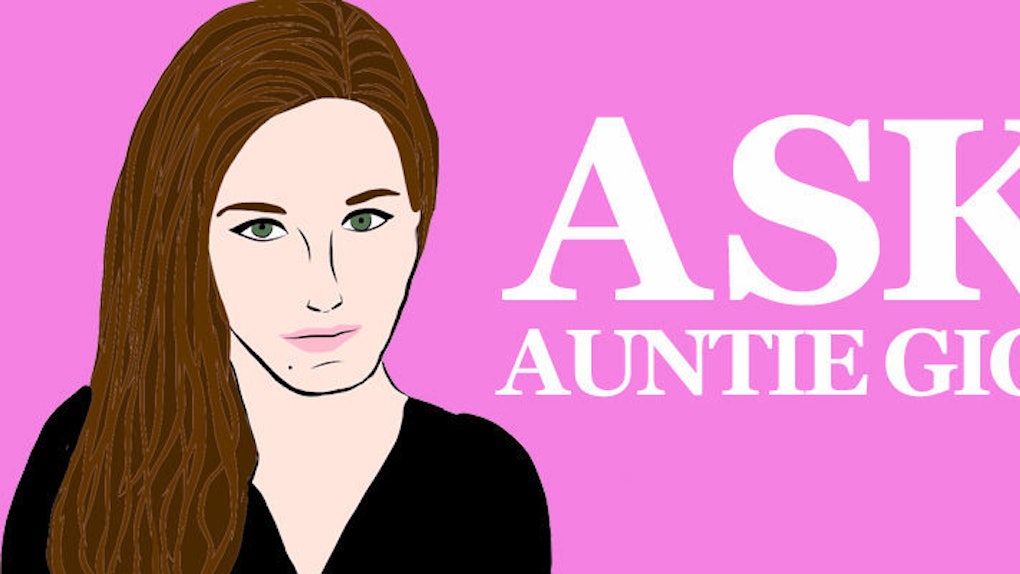 Ask Auntie Gigi: How Do I Handle Dating A Guy Who's Only Half-Ass Committing To Me?

Sexual health and wellness is extremely important in healthy relationships. But it's often a taboo topic. Auntie Gigi is on a mission to overcome the stigma and help you become the most informed, sexually knowledgeable person you can be.

Information is the key to sexual satisfaction and Auntie Gigi is here to help!

Question from the reader:

I have been seeing this guy and it started out really amazing. After our first date, we ended up hanging out that entire weekend and into the early part of the week. One month into dating, he asked me to spend the weekend with him, his sister and his brother-in-law.

Then, something switched in him and he started to get distant. When he would travel for work, he stopped texting me. He would no longer make plans or make time for us to go get dinner. Even on the weekends, he would just be working.

Then he was on another work trip and I did not hear from him the entire trip until I texted him on Sunday. I did send him a couple of texts while he was gone, and he never responded. His excuse was "I was really busy this trip," which I do not doubt, but come on, you can send one text.

All week I tried making plans for us and he always had something going on. We were supposed to spend time together over the weekend and that did not happen. Monday morning, I get a text from him saying he wants to "lay low for a while.”

Now that we are on this "break," he has texted and called me more than he did when we were actually dating. Am I wasting my time with this break/continuous contacting bullshit? Help!

Thanks for reaching out. For years I've been trying to define this particular type of guy. He's not a fuckboy, no. He has emotions and he has feelings. He's proud of his feelings and high emotional quotient.

It wasn't until I found this article on Medium that I finally had a category for this guy: A softboy. Read it after this email; it will make SO much sense to you.

I've dated plenty of softboys. I think having a real definition of where this guy fits into the asshole vernacular of our modern age helps. This article will make you feel better. You know, to have people to relate to.

According to Urban Dictionary a softboy is:

Similar to a fuckboy but without the cocky attitude. The softboy will butter a girl up by appealing to her emotions and showing a "sensitive" side long enough for her to sleep with him, whether or not he actually cares about her or not. Then, like the fuckboy, he can't/won't commit. Differs from the fuckboy because he goes for the heart and emotions rather than just the body.

Anyway, now that we have him defined (if only slightly), let's talk about this guy and your present situation. It sounds like this guy wanted to be the guy for you. I have seen this many times -- a guy messes around for however long, slays a lot of poon (or likes to think he does) and then one day he's like, "I think I'll settle down now."

And so, when he meets a great girl like yourself, he's suddenly doing all of the right things, the things he thinks he's supposed to do to be a good boyfriend. But then, after a while, he realizes maybe this isn't the right fit for him. Maybe being a good boyfriend is actually kind of stilling, and the good old days of being a tool are making him nostalgic.

It sounds like he's lost interest in you. He's keeping you around, but only just enough.

That truly means nothing against you. He's obviously got some "shit going on" like every softboy. He doesn't want to cut if off because he probably likes having you around, paying attention to him and doting on him, but he doesn't want to commit to anything. Because a softboy is soft, but he is still a douche.

They're the most confusing breed of "man" because they do so many things right and then so many things wrong. It's a rollercoaster of emotions. He is not mature, he does not have his shit together and he is not good enough for you.

You have to move on. Sometimes you need to forget the good things from the beginning of the relationship because they cloud your judgment. If a guy wants to be with you, he makes it happen. He doesn't wrap you up in this never-ending cyclone of bullshit.

I'd tell this assclown to hit the road because you know what you deserve and it isn't this shit.

Yours in lust, XOXO Auntie Gigi