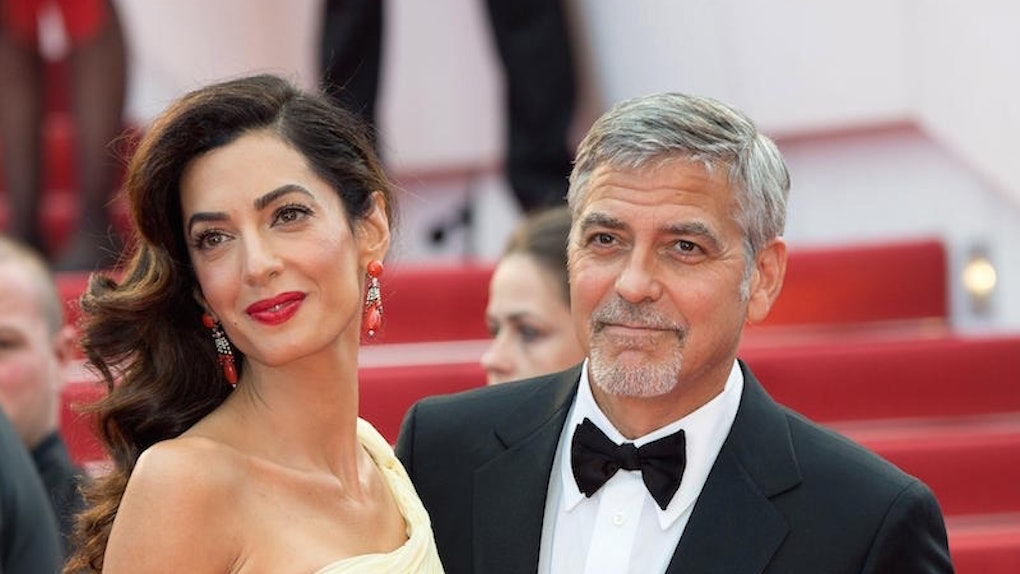 Dating An Older Man Has Many Benefits

Dating can be a struggle.

Finding a decent human who isn't strictly DTF can be challenging to say the least -- especially now that dating apps are so prevalent.

When one of my friends noted that she has to constantly remind herself that she is nearly 10 years older than me and I don't act my age, she gave me a piece of advice: I should consider dating someone older.

Until then, the concept of dating an older man was not even up for debate. I thought, "If he is old enough to have held me as a baby, then he is too old."

She laughed and encouraged me to give it a try.

Begrudgingly, I took her advice. And you know what? I am so happy I did.

My unicorn boyfriend is 36 years old, 12 years my senior.

Let me tell you why he's convinced me that dating an older man is the way to go.

On our first date, this guy was a perfect gentleman.

It actually made me nervous how amazing he was: I wondered if he had ulterior motives.

The entire night, I don't think my hand touched a single doorknob. Every chair I went to sit in was carefully pulled out for me.

Later, when we went back to his West Village apartment, I made it very clear that we were not having sex. After I issued my warning, he looked shocked that I thought his primary motive for inviting me over was to initiate sex.

Instead, we spent hours rolling around making out like teenagers. When it got late, he invited me to stay over his place so I would not travel back alone to New Jersey in the dead of night, and because he selfishly wanted to snuggle.

2. He lives on his own in a big boy apartment.

With an older man, there is no such thing as frat house communal living. There are no messes of bongs and dirty dishes, worn posters of half-dressed women on the walls, or lingering stenches of stale beer and weed.

Instead, his home is tastefully furnished with art and bookcases filled with literature he has actually read.

Another benefit is that I can confidently rest my butt on his toilet seat versus the usual yoga chair pose that inevitably comes with dating a guy with slobs for roommates. You know what I'm talking about.

3. HE HAS A TRASHCAN IN HIS BATHROOM.

However, answer me this: How many of us ladies have found ourselves at a guy's apartment when it's that time of the month and no freaking trashcan in the bathroom? It really is the little things that count.

4. He is stable and steady.

Money is not everything, in life and especially not in a relationship.

However, there's nothing worse than dating a broke ass dude.

I have been in relationships where every time we went out to eat, I had to foot the bill. Sometimes we even had to agree that I'd pay before we decided to dine out in the first place.

Guys who are unsure of their career paths are usually unsure about other aspects of their lives as well. This uncertainty can translate into not being ready to settle down in a relationship.

Like a cork block in yoga, you want a partner who is stable, steady, and strong. Someone who will not waiver under pressure and who you can count on for support you when needed.

5. He knows his way around the female anatomy.

We're all adults here, so I will just come out and say it.

If a man does not know how to move around my body using the various parts of HIS physical anatomy, we're going to have a problem.

6. He says what he means and means what he says.

There is little to no grey area in communication.

If he says “I will speak to you later,” he actually contacts me later.

If we make plans to see each other, he sticks to them and does not flake out.

I don't have to play Nancy Drew with my friends and attempt to decipher his text messages. There are no mind games. I have never gone to bed unsure of where we stand or how he feels about me.

In short, he is trustworthy.

Even though I am a yoga teacher and can easily place my legs behind my head, not once has my guy attempted to reenact a Cirque Du Soleil performance in the bedroom.

For Christmas he went to one of the numerous sex shops in his neighborhood and purchased an itty bitty outfit that had so little fabric, I'm sure it would barely cover a newborn. This outfit came complete with fake cloth wrist cuffs. When it came time for me to play dress up, he asked that I not wear the cuffs because he didn't like the idea of me being bound and wanted to hold my hand.

I'm pretty sure he's secretly a unicorn because he's not even real.

8. His friends are magical.

Most of his friends are married and settled down.

This means that when any gatherings occur, nobody whips out a bong or rolls out the pong table.

We typically part ways before midnight because everyone has work in the morning and some people have to go home to relieve the babysitter.