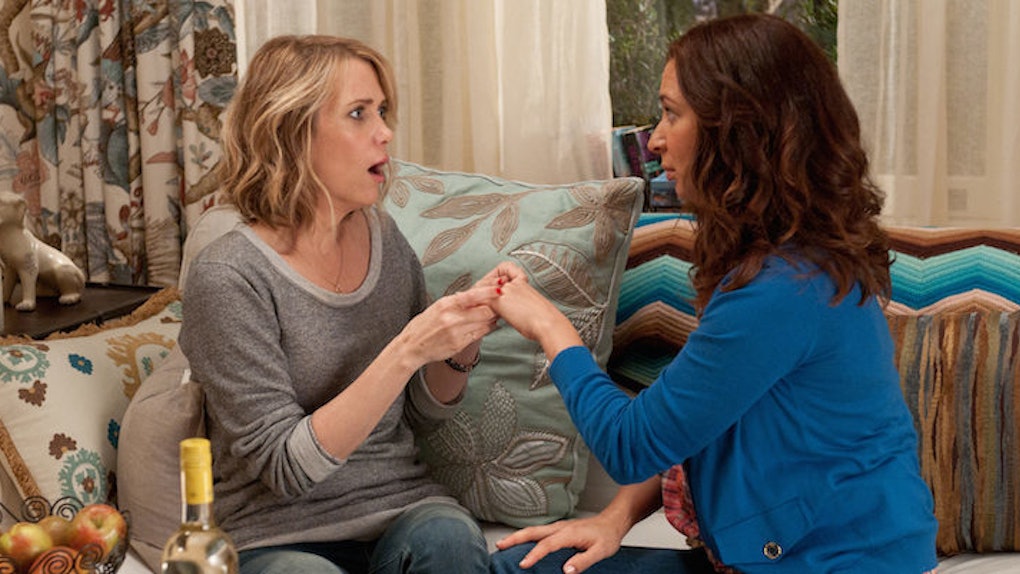 7 Unwanted Realizations You Have When Your First Friend Gets Hitched

This past weekend, I was a bridesmaid in my best friend’s wedding.

Although I’ve already been to numerous ceremonies, this was the first one to really affect me.

They were the first couple in my group of friends to tie the knot, and it was also the first time I’ve ever had to be a bridesmaid.

A year ago, her boyfriend of five years proposed to her on the Fourth of July. When it happened, I was ecstatic to hear the news.

One of the first things she told me and my friends was that she wanted the wedding to happen in under a year.

It seemed like a stretch, but a year later, it finally happened. And it was absolutely amazing.

In your 20s, marriage seems so off the table and so far away from you, and it almost comes as a complete shock when a friend in your group gets engaged.

I had no idea how much of a reality shock it would be to me and my own life.

These are the seven realizations you have when it happens:

Your exes start popping up in your head.

For some reason, any time something incredible happens to one of your friends, you immediately think about yourself. You ask yourself, “Well, what the hell am I doing with my life?”

Your friend tells you she got engaged, and for some reason, your exes start resurfacing in your mind.

You wonder what they’re doing, and if they’re any closer to getting hitched.

Your friendship will never be the same.

Being the third wheel was never an issue, but being a third wheel to a married couple feels just slightly weirder.

You realize they’ve finally made the commitment, and things are going to change in both of your lives.

You discover how expensive it is to be included in the bridal party.

Being a part of the bridal party is awesome, but it’s also pricey.

It may be a smaller price tag for the guys, but for the ladies, there’s the hair, the dress, the makeup, the shoes, the bridal shower, the bachelorette party, the wedding gift and so on.

You never realize how much these costs add up, and it pretty much maxes out your budget for the two months prior to the actual ceremony.

If you’re in a relationship, you’re wondering if your significant other is “the one.”

When you and your significant other have been together for just as long as your friend and her boyfriend has, it gets awkward.

You were hoping to avoid this conversation (if you haven’t had it already), and you both know it’s probably time for “the talk.”

If you’re single, you realize how far you are from commitment.

It’s tough being the single one in your group of coupled-up friends. If you’re completely single, you scramble to find a plus one who will get along with your friends.

And if you’re going stag, you hope there will be someone at the wedding to entertain you while the DJ plays slow songs.

This wedding puts into perspective how far from ready you are to get married.

You’re not as young as you were before.

Although you don’t want to admit it, you and your friends are getting older. You're not kids anymore.

Age shouldn’t dictate your life, but it's a harsh realization when you notice that your friends are taking those next big steps in their lives.

Just because your best friend got married doesn’t mean you need to rush off to find a spouse of your own.

However, you do recognize you can’t act like a kid anymore, especially if your friends start popping out kids of their own. Life goes by fast, and growing up is a scary thought.

But, we all have to do it eventually.