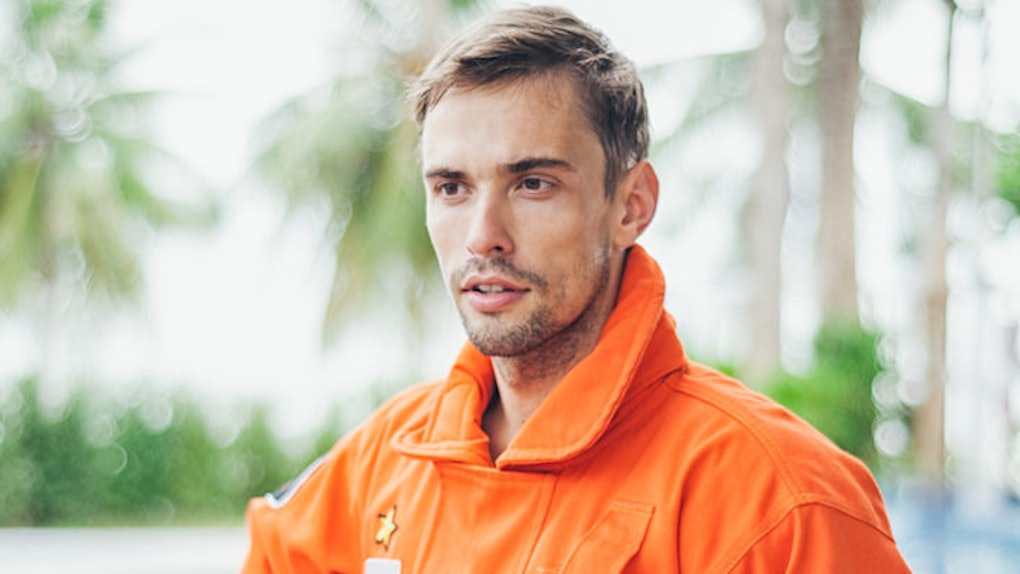 You know how men in uniform are more attractive than men who aren't in uniform? Well, I don't know the exact science behind it, but I'm pretty sure it's a fact.

Until today, I'd never thought about it too much. I'd just accepted that it was universally known fact that women are attracted to men in uniform.

Maybe I should blame my attraction to uniforms on the fact that my older brother went to Naval Academy and somehow became best friends with five of the hottest men on planet Earth. Or maybe it's because the uniform levels the playing field between the men who understand fashion and the men who don't. Or maybe it's because men in uniform look important, and important men are the kind I want to talk to.

Maybe I don't even know the real reason. But I had ever questioned the phenomenon.

While I was driving home today, I passed a man in a Navy uniform who was sitting on a truck. My first thought was, “Wow. That guy's hot.”

To make the situation a little clearer, the truck was hundreds of feet away from my car. I couldn't even see what the man looked like. In fact, the only feature I could make out was the fact that he was in uniform.

Yet, I immediately felt attracted him, even though he looked like a blurry blob. So, I started to think about it. What if uniforms inadvertently give off qualities women find attractive? What is it about a man in uniform?

1. Chances are, he's got his sh*t together and acts like a real, adult human.

I once dated a boy who constantly insisted on paying for things with his mom's credit card. Don't get me wrong; I love chivalry. But when your boyfriend's only source of income is his parents' credit card — and he gloats about it when he takes you out on dates — it's probably time to say goodbye.

I want to date an adult. I want a real adult who does adult things. I don't want a boy who still acts like he's 16 years old.

2. He's forced into responsibility and hard work, even if he didn't have those qualities before.

I don't want to be your girlfriend and also take on the role of being your mother. Luckily for us women, there are many men out there who are forced to be responsible and hardworking. They even wear uniforms so that we can easily point them out.

3. If he can be trusted to protect a country, he can probably protect you.

I don't need a man who can save me. In most cases, I don't even want a man to save me.

But let's be real: There's something sexy about a man protecting you (and wanting to protect you) from all the world's evils, even if you don't need saving.

4. There's a big chance he has a lot of cool talents that men without uniforms don't.

For example, he's able to fly an airplane, run a nuclear reactor, use fancy power tools, etc. So, maybe a man in uniform can't tell you a whole lot about his job because most of it's classified.

But how great would it be to date a man who goes off to a mystery job every day? What if he takes you on an airplane ride to propose to you, just because he can?

OK, that last one sounds really dangerous and probably illegal. But I can still dream.

5. Lastly, uniforms (of any kind) make men a minimum of 50 percent more attractive.

I don't really have an explanation for it. Yes, uniforms are a sign of responsible, protective and talented adult men.

But they also just make every man more attractive than civilian clothes ever could. That's a benefit all on its own.