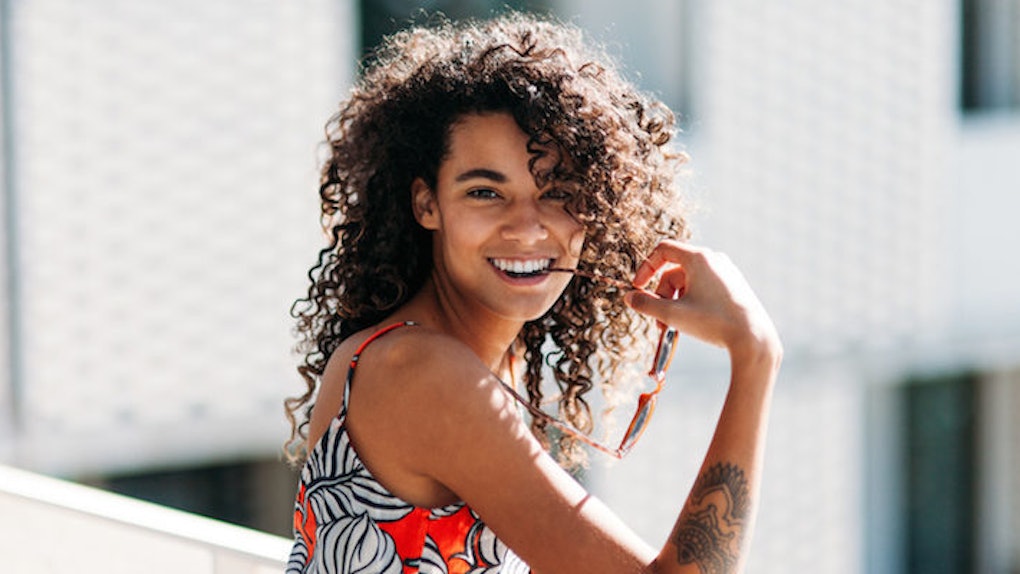 Alright, get up. Time to cut-up that #TeamForeverAlone tee, and finally stop swiping and trying.

I took a six-month vow of dating celibacy to gain perspective after a two-year binge of getting over a lost love, season-long flings and going on countless (okay, 62 -- not joking) first dates.

Here's what I learned:

You can be just as happy single as you could be in a relationship.

I could be very original and enlighten you by observing that society and media has misprescribed us an addictive dose of misconception in the form of Disney and pop songs.

Or, I could quote an author who healed herself of the ailment.

Author Marian Jordan appropriates a married girlfriend's narrative, and just absolutely nails the truth in her book, "Sex and the City: Uncovered."

She writes, “Some of my loneliest days were when I was married.” So on a more poignant note, you can be just as miserable in a relationship as you are when you're single.

I once bought into the idea that if my days were spent planning dates and counting down anniversaries, any days of loneliness or confusion would dissipate, never to be seen again.

But, I know some of my most heartbreaking days were shared with a boyfriend. And many -- in fact, most -- of my best days have been spent single.

I am now the happiest I've ever been, and I haven't been in true love for two years. And it was about a year ago I realized I could wait for “happy,” or I could finally say goodbye to miserable.

You are, in fact, better off without him.

I refer to it as the "last call" after you've strapped on your pity party hat and are drunk, spinning to “Tim McGraw,” slurring, “…..I hope you think of me.” (Or you know, whatever you do.)

You've gone down the pillar of emotions, and at rock bottom is the thought that the person who let you go was "the one."

Here's the truth: You've made it however many days, months or years without him. And he's made it that long without you. You deserve to be with someone who can't stand time apart from you.

Likely the only thing more poisonous than the drink you're nursing is the idea that you aren't better off without him. Because you are.

You don't need a haircut or new hobby; you need patience.

“It's been (insert time span) since I (enter thing you want most).” And this is the part where millions of women grab a bottle of peroxide or decide they really need to get into CrossFit.

A great piece of advice (that I may or may not have gotten from a self-help book post-breakup) was, “You can make all these changes to yourself, but when he doesn't notice or you don't get a new boyfriend, you're going to get down on yourself. If you're going to do something, do it for yourself.”

And no, odds are you're not doing anything wrong. But look, stop racking your brain, looking for the "glitch" in the system. A fun game I like to call "a reality check" is to determine why some of my friends are single.

After all, they say you are the average of the people you hang out with. I typically conclude that their standards aren't high enough, and they date the first sap to pay them attention, or it's just not the right time … yet.

I'm not one to advocate destiny (and expect to be taken seriously), but screw it; some bonds are only meant to be had later in life.

When we fail to see desired results, we begin to examine where we may have failed ourselves. Like a strategist going back to the drawing board or a mechanic (LOL, like I'm going to try and make a car analogy), we think we need to redesign ourselves.

I have had countless conversations with female friends, where the “missing piece” is thought to be some subscribed label or an archetypical role they need to adopt.

We are all wrong; you are enough and have enough time.

You are experiencing a fruitful season as a single person.

Embracing the season of your life is recognizing there will be times of harvest and times of spree. In addition to recognizing this, acknowledge that each season, whether poignant or pleasant, is exceptional in experience.

Even currently, I sometimes find myself weeping tears of wistfulness, but I soon recognize this has been a season of exploration and new beginnings.

I bought my first post-graduate place, and I have traveled to new cities and countries with girlfriends. At present time, I have more friendships and good people in my life than ever before.

This time will serve me later, but it's also feeding me now. There will come a time I will be raptured in tangled bed sheets, or, perhaps, breastfeeding a baby, and I will have particular burdens blocking my opportunity to cure my wanderlust or devote time to friendships.

In that season, I will only have memories. As I have reminded myself before, this is a grateful season of adventure; my season for love will come, and both are rich in experience.