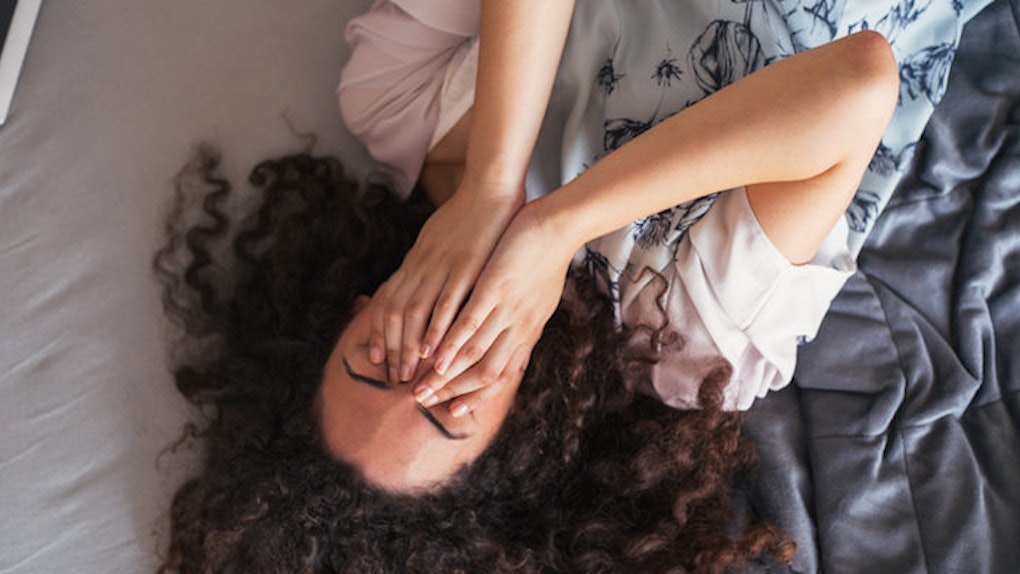 What To Know Before You Date Your Best Friend's Ex

Okay, I'm about to admit something that *no* girl ever should.

I sort of dated my best friend's ex.

We were never really official but there were definitely sparks that flew between us. When we were together, it felt electric. I thought he was cute, and so did he.

And so did my best friend's other friends, when they told her that her boyfriend had a crush on me.

Ah, high school. So much drama.

Our friendship, although it always felt like something more, lasted for nearly 10 years.

He was one of my best friends but every time I was with him, I had this nagging curiosity. I kept wondering, "Why doesn't he kiss me?"

The sad truth is I never really considered how all of this would affect my friend.

And now, eight years later, I wish I did.

There's a definite girl code you should abide by when you're dating. The rule I ignored was talking to your friend about it first.

I'm a big believer in the idea that people's paths cross for a specific reason. Who knows. Maybe your BFF's boyfriend is your soulmate.

But even though my BFF and I are as tight as ever (c'mon, chicks before dicks), there are some things I should have asked myself before I went down the dangerous road of liking her former significant other.

1. Is she actually over him?

If she says she's over him, it doesn't necessarily mean she is actually over him.

Just because you break up with someone doesn't mean those feelings evaporate.

If she says "it's fine," she might not be. If she's dating someone new, she probably is over him.

I'm not too ashamed to admit I was always a little envious of my best friend when we were growing up.

Not only was she a little bit older than me but she was skinnier and allowed to do things my parents didn't allow me to do.

So I'm not going to lie: The allure of her ex-boyfriend sort of liking me was enough to make me fall head over heels.

But I should have thought about why I liked him. If I had, I would have avoided a lot of pain.

But, hey, at fifteen and sixteen years old, you aren't that intellectual yet.

Well, karma got me and someone dated my ex a few years later.

If you're a teenager, chances are this isn't the boy you're going to spend your life with.

You may be together for a hot minute and in the process you will probably ruin your friendship.

However, I do believe if two people are meant to be together, they will find a way.

Bottom line: Sure, girl code exists. But I don't think it should exist to the point that it completely eliminates any possibility for long term love.

Sometimes, these things just happen. Love happens very unexpectedly and most times, with an unexpected person.

And for what it's worth, my friendship with my best friend's ex fizzled and we haven't spoken since. As I said, chicks before dicks.