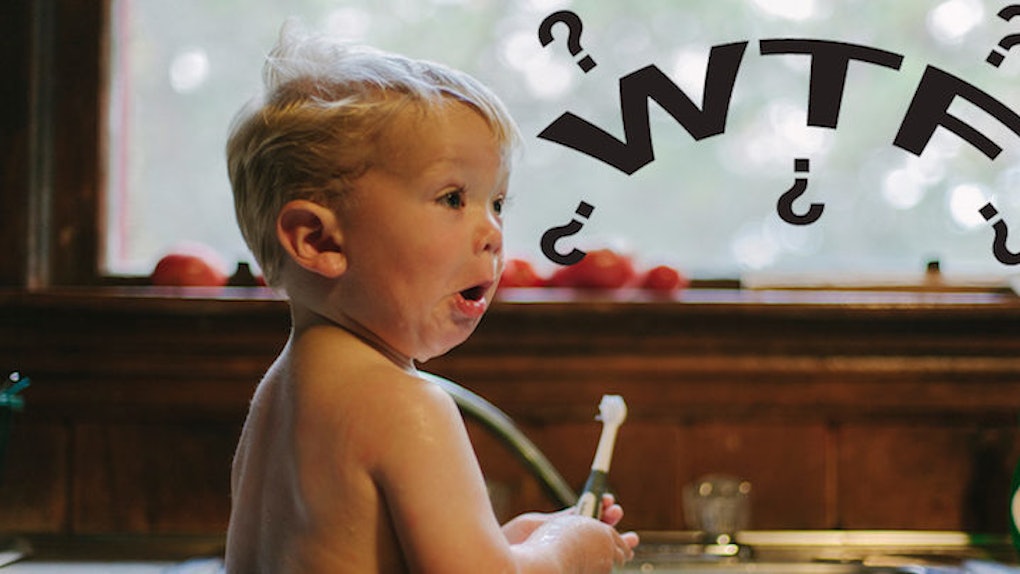 As a writer, I get sent enough pitches about weird sh*t to leave my inbox in a never-ending state of overflow. From sexy Cecil the Lion costumes to Kegel exercise trackers (why?) it takes a lot to surprise me.

For the record, I have the Gigi 2 and it's some next-level sh*t. So when I read how this new vibe was made to smell like chocolate, I wasn't sure if I was turned on or downright disgusted. In short, my reaction could be accurately summed up with the below GIF:

Here it is, sitting alongside plums and wine corks:

In fact, I think the next rational step would be for this guy to grow arms, legs and opposable thumbs so it can pick up wine for me after each time.

Also, does this leave a chocolate smell in your vag after use? Because if it does, that's kind of awesome and f*cking gross at the same time. I mean, I'm sure I'm not the only one who gets hungry during a session or two with my vibe. However, if I lick this thing and it doesn't taste like Godiva, I'm going to be very disappointed.