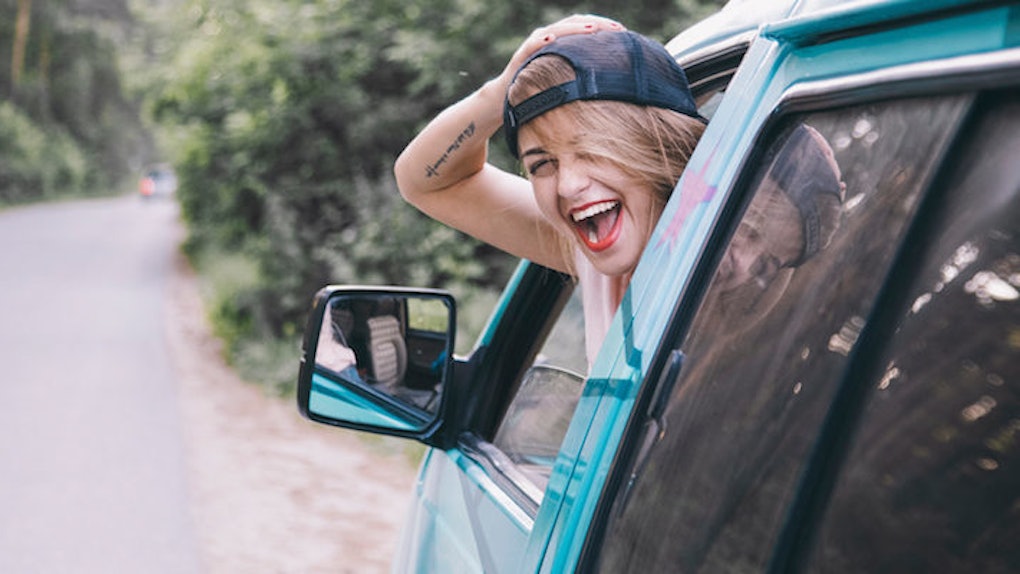 How A Woman's Intuition Is The Most Powerful Force There Is

I’ve been thinking a lot about femininity and sexuality, dating and sex. I've been thinking about those feelings we get when something's wrong and the innermost urges we all share. I may be just a delusional optimist, but after my 23 years of observation, I think women have special powers.

While I hopelessly wish we had the powers of transmutation and telekinesis, like the witches of "American Horror Story: Coven,” our powers are a lot more subtle; many have even downgraded it to more of a “sixth sense.” However you label it, it’s something very powerful.

What else can explain the way we feel and how we interpret things men just can’t seem to understand? What can explain that raw, gut feeling we get when we know something is wrong?

It’s that internal feeling, that prevailing thought that tells you something isn't right before any signs even appear. It’s a magical force that prevails in women way before men can catch on and has been catching men for years.

It’s a woman's intuition and it may just be the most powerful force on earth.

I recently conducted some research to see if this raw feeling I had about the power of a woman’s intuition was just deluded thinking or it had real basis.

According to an article in Psychology Today, there’s research concluding that a woman's intuition is more fact than foolery.

Theories suggest that women have an enhanced ability at reading facial expressions and emotions; we are much more likely to pick up on subtle emotional messages and read things like tone of voice and body language much better than men.

However, men are much better at controlling felt emotions and hiding emotional states than women (surprise, surprise).

These enhanced abilities of women came as the result of being domesticated and silenced as the “less powerful” in terms of social structure.

During historical times, when women were "seen and not heard," they developed a keen sense of observation, becoming more attuned to their own feelings and nonverbal cues.

They also suggested that it’s a product of evolutionary effects, where the women who had better ability to understand the needs of their children and potential spouses outproduced the women with the weaker senses.

These abilities to read nonverbal cues lead to the feelings of betrayal, remorse and suspicion that many times arise in relationships for “no real reason.”

It’s the reason you get that horrible feeling when he doesn’t text you back for three hours and you know, deep in your gut, that it’s not because he forgot his phone.

It’s the way you know when your boyfriend is spooning you differently that something’s not right. It’s the spark to that gut-wrenching feeling when you know it’s going to end, when he’s pulling away, when he doesn’t love you anymore.

It’s the voice that can’t be silenced as your friends are giving you 100 rational reasons as to why he’s not cheating on you or how you’re being crazy.

You try to ignore it, you tell yourself you’re crazy and your gut is simply an accomplice. It may take two hours, two days, two weeks or five goddamn years, but you always look back and realize your gut was right, that you should have just listened.

Like the witches of Miss Robichaux's Academy, it may also take us many years to learn how to harness the power of our intuition.

For years we didn’t even realize we had it, ignoring it and suppressing it as men broke our hearts and we thought we were surprised. But we’re older now and we must understand how to use it.

We must learn how to listen to it, harness it and act when it’s speaking. We need to follow its cues and to live our life accordingly.

It’s a powerful force within us, and while many times it’s an unwelcomed visitor, it should always be received and respected. Because it’s a sign in a life where we don’t get many signs.

It’s the answer you wish you could get from the wind and the warning you wish someone could give you. It’s that spiritual connection you can’t get anywhere else, and it's the deepest connection you have with your innermost self.

As men continue to lie, cheat and betray, it’s time to acknowledge that a woman’s intuition isn’t just myth; it's one of the few honest things in our lives.