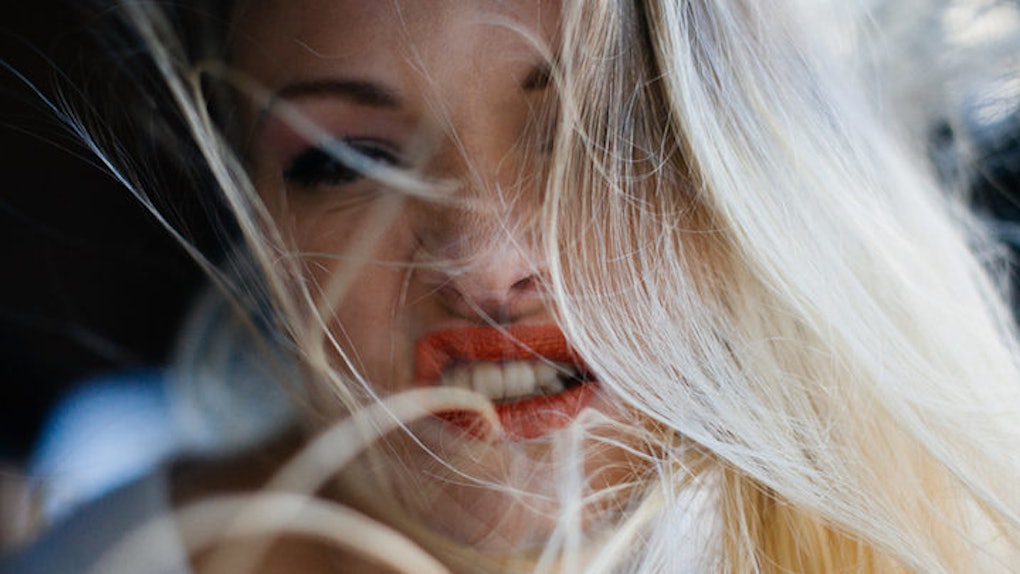 I am a woman who doesn’t want to procreate -- not now, not in five years, not in 15 years, not ever. End of discussion.

Funny thing is, when pregnancy and child-rearing come up in conversation, my declaration that I am not going to have any or raise any children, is never the end of the discussion.

The fact that I simply do not want children is, somehow, never a good enough reason to not have them. In recent years, I've received a lot of comments in response to my wish of living a childless life.

1. “You may not like kids now, but it’s different when they're your own.”

Ever since I can remember, I have wanted to grow up. When I was a little girl I fantasized about adulthood, being on my own, having responsibilities and a life I could, to some extent, control.

My obsession with leaving childhood behind always centered around one goal: becoming a mother.

Up until the sixth or seventh grade, all I wanted to be “when I grow up” was a mom. From a young age, I was regularly looking after kids in the neighborhood and family friends’ little ones.

I was the "kids table" leader at Thanksgiving dinner, the babysitter when the adults were having a get together, the attentive big sister and teacher.

On August 3, 2002, at 6:24 am, my little brother was born. I was 9 years old and completely overjoyed. I changed diapers, gave baths, facilitated tummy time and looked after him alone.

The following summer, my mother had me care for my little brother full-time while she was at work. I couldn’t think of anything else I’d rather do with my summer.

When I was 15, I became a tutor for bilingual students at an after-school program in my area. At 15 and a half, I became a big sister mentor for a third grader and met with my “little brother” every week.

At 16, I started working for the best birthday party place in California as a camp counselor and party host. I could have cared less about the money; I just loved the kids.

I have nannied for three families. I have worked for non-profit organizations dedicated to enriching the lives of foster youth. I have been an SAT and ACT tutor for low-income students. I have been an active participant in child literacy programs.

I am now 21 years old, and I am an aspiring teacher. I want to work with kids every single day for the rest of my life; I just don’t want my own.

I know I would love the sh*t out of my own children, but that’s not reason enough to have them.

2. "What if your future husband wants children?"

What if your future husband wants to shoot up heroin? Will you be sharing a needle with him?

When I tell people I don’t want kids, they tell me I’m going through a phase.

Yes, I am aware women experience hormonal changes as they age, which alters their mindsets toward children and often creates an insatiable need for them to raise a child. I am fully aware.

Why does a woman who doesn’t want children have to be going through a phase? The phrase “phase,” proposes that her thinking and feelings are so extreme and inviable that she must be in a distinct time period of her life that will surely pass.

When we say anyone is going through a phase, it’s usually inferred that the phase is bad, and we want none of that. Enough with the phase crap!

I may be young and I may change my mind, but that does not mean my current state of mind is me going through a phase. I am a college graduate and a master’s student; I can build coherent and level-headed opinions.

Sure, I am developing, but that does not mean there are limitations to my ability to make sound decisions and proclamations about what I want from my life and what I choose to do with my body.

4. "Who will take care of you when you are older?"

If you’re wiping asses to make sure there’s someone to wipe yours down the road, I don’t think you’re capable of raising independent children who will return the favor.

I graduated from high school in 2011; since that time, I have had the pleasure of seeing a lot of my classmates become parents. I can genuinely say, seeing them talk about the struggles and joys of parenthood makes me both incredibly envious of their work ethic and dedication, but also proud.

I know a lot of great, young parents. Plus, I can’t get enough of the cute baby pictures on my news feed.

That being said, I have often sensed some feelings of superiority coming from some (few, but present) acquaintances who have chosen to take on the world of parenthood.

Recently, I posted about my desire to abstain from child-rearing. Jokingly, I wrote, “I am getting my tubes tied as soon as possible,” under a photograph of me bottle-feeding an infant I was nannying. Within minutes, a new mother commented:

I know it’s hard to believe but it’s really all worth it, and when they are actually yours, it’s much more enjoyable! Instead of feeling selfish you become selfless and all by choice.

Note the condescending happy face. Besides the undeniable, 'I have an elevated state of mind and understanding because I am a mother and you are not,' tone of the comment, I would like to point out the utter disregard for the value of other lifestyles.

We place different values on different objects (i.e. generic brands are cheaper than name brands). By exclaiming that parenthood is “all worth it,” the young mother revealed that she recognizes there is a tradeoff at hand; she is giving up something to be a mother.

Essentially, the young mother brings the topic of opportunity cost into consideration.

Opportunity Cost: Assuming the best choice is made, it is the "cost" incurred by not enjoying the benefit that would be had by taking the second-best choice available (Oxford English Dictionary).

While every decision we make in life by nature holds an unavoidable opportunity cost, motherhood often bears a much greater opportunity cost: 18 to 25-plus years of incurring tradeoffs.

The role of women in society has undeniably shifted. Since the 1960s and 70s, women have pursued careers outside of the home on a large scale. Yet, somehow, the opportunity costs of motherhood continue to be undermined.

6. "You'll regret that decision when you're older. "

Oh, you mean how plenty of parents regret not engaging in certain activities before reproducing?

7. “Motherhood makes you selfless instead of selfish.”

Allow us to dissect this one with some basic understandings of the terms at hand:

Selfless: concerned with the needs and wishes of others than with one’s own; unselfish

Selfish: (of a person, action, or motive) lacking consideration of others; concerned chiefly with one’s own personal profit or pleasure

A mother, naturally, must think about her offspring before she considers herself. That’s why all moms never do absolutely anything for themselves.

In fact, the decision to have children was 100 percent centered on the good of the future child, not the fact that the parents wanted to pass on their own genes to another human whom they will then shape and impact in whichever ways they deem appropriate.

Let’s not act like we haven’t met parents who want to procreate to ensure their family name lives on. How many parents are there trying to relive their childhoods through their children? How many people have kids because they don’t know what else to do with themselves?

Mothers are so selfless, they obviously consider all the environmental degradation occurring because of the human population.

They consider the world they are bringing children into: the state of resources, the fact that one in 10 Americans suffers or has suffered from depression, obesity statistics, hunger statistics, student-loan statistics... the list goes on and on.

I, on the other hand, am extremely selfish because I am not willing to care for someone other than myself. All I ever do is think about and care for myself. ME. ME. ME.

I mean, it’s not like I’m teacher or anything. I don’t want to focus on and care for the family I already have. I don’t pay a higher tax rate to fund needed goods and services for your children. You’re right; I am very selfish for being concerned with the overpopulation of the earth.

Mothers are constantly asking to be recognized as women, not just mothers. They want time to themselves, and they want to be valued for qualities they possess outside of child-rearing.

Is it selfish for mothers to think they can still live their own lives and still be their own person? No.

Why then do we feel the need to attach the trait “selfish” to women who choose not to be mothers? Practicing autonomy is not selfish. It’s part of personhood.

After all, you mothers out there are raising your children to be autonomous human beings (hopefully).

**Disclaimer: I am well aware of the logical fallacies present in this article. These arguments do not consider parents who adopt or raise children they did not conceive. I consider motherhood to be a tough feat that should be respected, and I am very thankful for my mother.**