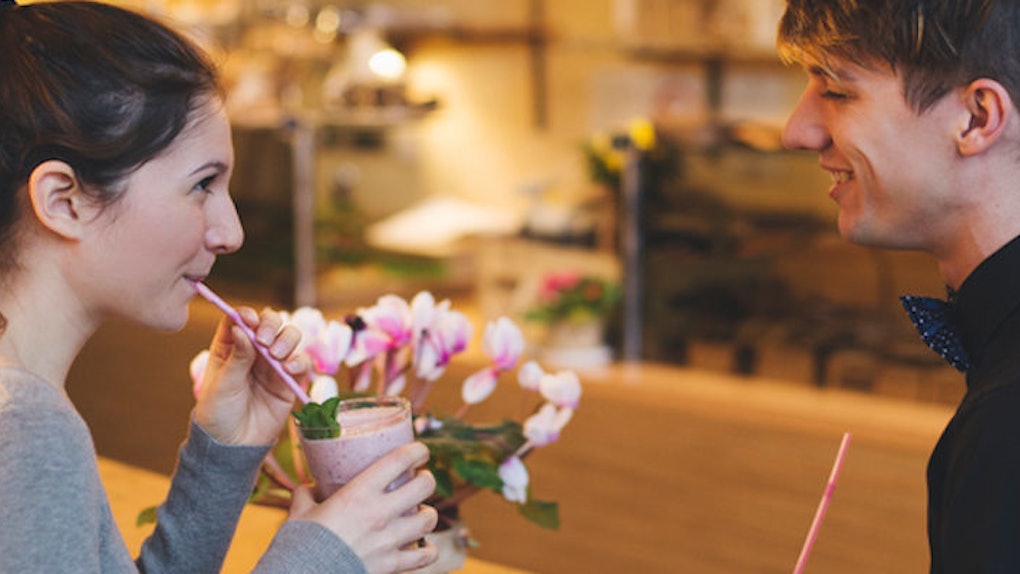 Ladies, It's Up To Us: What We Need To Do To Take Back The Dating Scene

The dating scene is dead, but the corpse isn’t cold. There may be a chance for revitalization, but ladies, it’s up to us.

As far as most men see it, “Netflix and chill” is an appropriate option for the first, second and third date. I once showed up at a guy’s place ready for dinner while he decided he wanted to stay in his pajama pants.

But I was "chill" -- I went with the flow. We watched something I can’t remember because obviously halfway through (did we even make it that far?) we were off the couch and into the bedroom.

I’m not complaining. I had an okay time. But since the romance dwindled faster than the previews, I would have liked to have gotten a semi-fond experience out of it.

When I recall all the “dates” (if you can call them that) I’ve been on, I realize the problem isn’t the men -- it’s me.

If I want a nice date, then I need to ask for it. If I want to go out instead of watch Netflix and listen to him play keyboard, I have to suggest it. They’re providing their suggestion, so what's stopping me from giving mine?

Ladies, we need to speak up. It’s the only way. We need to start telling men what we want from the beginning. When they ask us what we want to do, instead of meekly replying, “I don’t know. Whatever you want,” give them a f*cking answer.

If you want to go see that exhibit at the MoMA, make him go see it! If he doesn’t like art, he can suck it up for an hour and a half, considering we've sucked up worse things before.

So instead of complaining about how chivalry is dead and men don’t date anymore, let’s roll up our sleeves, write down our numbers and take the dating scene back.

Be the hunter, not the hunted

Life’s short. If you like the hot bearded guy at the bar, go up to him. Give him your number on a napkin then leave. If he never calls, then you never have to face the humiliation. If he does call, then your gamble paid off.

The approach is a giant metaphor for the approach we must take with dating in general. If we wait for men to change, we'll be waiting forever.

If you don’t want to be a booty call, stop picking up

If he never gets it and only wants to keep you in the late-night rotation, then forget about him and move on to someone who wants to see you in broad daylight -- or at least dusk.

Know what you don’t want and stick to it

If you don’t like the way he’s treating you, then stop letting him treat you that way. It can be daunting to think you’ll lose a semi-good thing, but staying in a half-assed romance just isn’t worth the hassle.

You must learn your worth and stick by it. Don’t let men undervalue you just because you’re scared you’ll be alone or won’t find anyone better. You’ll find someone twice as good the second you start thinking of yourself that way.

Pick the date; don’t just agree to it

If you don’t want another night of just chilling and watching “Homeland,” suggest another option. He can’t say no to you anymore than you’ve been saying no to him.

The only way to get what you want is to ask for it. Too many women are settling because they don’t think they have the right or the room to say what they really want.

Also, this doesn’t just go for dates. If you want more out of the relationship, say it. If you want space, say it. Stop waiting for the guy to come to his own conclusions and leave you feeling like the one who just got dumped.

Know how to spot an ending

It can be hard to admit that something isn’t right or just isn’t working, but for the sake of your pride and sanity, you must realize when it’s over and have the balls to leave first.

Change your mindset so you’re viewing the end of a relationship positively, which basically means thinking of all the reasons why you're better off without him and all those annoying habits that led you to leaving.

Think about what you learned, what you got out of it and all the sh*t you couldn’t stand about it. Stop crying over the end and start remembering exactly why it needed to.