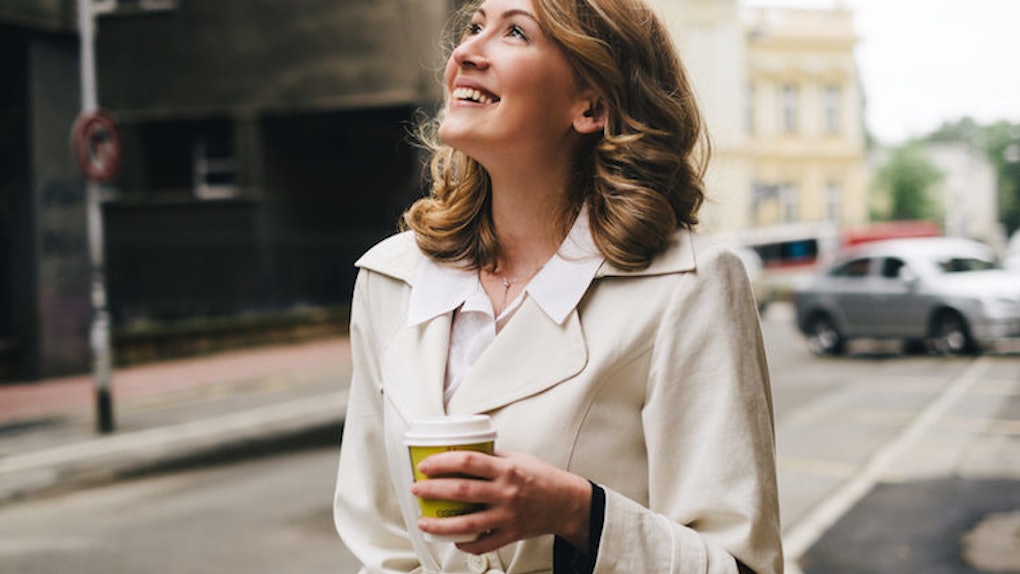 Ever since I put on my first princess dress when I was a young girl, I've fantasized about my wedding day.

It didn't help that the dress was white, too, with frills and sparkles and delicate lace sleeves -- something you might actually see on a grown-up bride.

I used to twirl and prance around my house in that dress and imagine a floor scattered with flowers, a first dance below a golden chandelier and a happily ever after, a forever and ever 'til death do us part.

I even had my very own prince: the boy down the block with the spiky black hair and dip-dyed blonde tips who kissed my hand in preschool and made my classmates squeal in delight and disgust.

Throughout our childhood, my prince and I attended camp together. Every summer, there was a camp-wide talent show in which the counselors made us campers perform cheesy dances to cheesy songs of their choosing.

In the summer before second grade, my counselors choreographed a ridiculous dance routine to "Do You Love Me?" by The Blues Brothers, and they assigned my prince to be my dance partner. I was both embarrassed and elated that I could hold his hand again.

Then, that year, he moved to Virginia, and I was devastated. I rode my bike past his house every day, wishing that he'd return and that maybe, one day, he'd be my prince again.

Luckily, I soon became distracted from my heartbreak. In third grade, I was accepted into an academically enriching program that forced me to transfer elementary schools, and I immediately switched my focus from boys to academia, diving right into the advanced math, history and science classes I was in and the rigorously-graded 15-minute public speeches I was forced to give twice a year.

I didn't think about boys again until the very end of junior high.

My friends referred to themselves as boy-crazy and obsessed with their first kisses. Meanwhile, I only had my first kiss because a week into my relationship with my first "boyfriend" in eighth grade, I told him my friend said we're apparently supposed to kiss now.

I watched as my whip-smart single girlfriends who were leading influential campus groups, landing their dream jobs and doing cancer research at Harvard felt like absolute sh*t about themselves because they didn't have a boyfriend.

It didn’t matter how much they achieved in their professional lives -- they didn't have a boyfriend, so they didn't feel successful.

And this mentality must change.

It's socially acceptable, and, in fact, encouraged, for a woman to throw the sh*t out of a party that celebrates the presence of a male figure in her life.

Women unabashedly host lavish engagement parties, bachelorette parties and weddings and ask friends to dish hundreds of dollars on bridesmaid outfits, flights and registry gifts, all in the name of romance.

But what if I wanted to throw an equally lavish party to celebrate a new job, a promotion at work or an acceptance into law school? Why is there no wedding equivalent to celebrating getting my doctorate?

Why can't I expect the same kind of praise, attention and emotional investment into celebrations for my career accomplishments that I'd expect for my wedding?

And I wanted to kill her.

But why? Why the hell was I so embarrassed? I know for sure that I will have no shame showing off my husband at my wedding or my baby bump at my baby shower, but for some reason, I was embarrassed to show off years and years and years of hard-as-f*ck work -- work that was way harder than finding a man and making a baby with him, that's for sure.

Then again, how am I supposed to feel okay with making my professional accomplishments known if the major life events that I'm told to lavishly celebrate strictly involve finding a man and making a baby with him?

Don't get me wrong: I still think those things are worth celebrating. In fact, I'll probably cry hysterically at the next wedding I go to, and I'll gladly purchase that matching bridesmaid gown if I'm invited to be in a wedding party.

But a friend's professional and career accomplishments should spark the same amount of excitement and happiness that a wedding does. For the modern woman, a major professional milestone is just as important to her well-being as finding a man to love -- if not more.