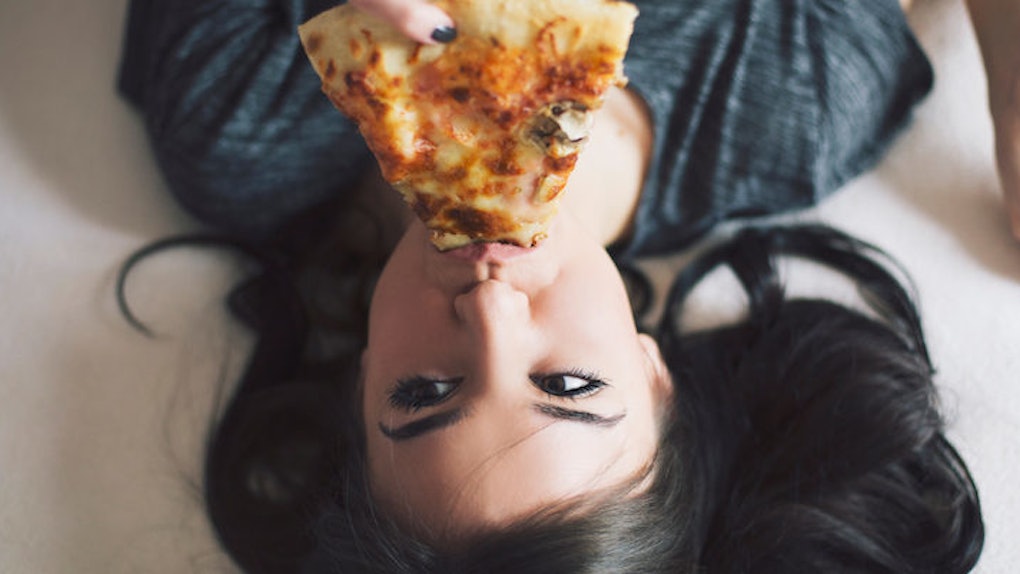 But, filling up on aphrodisiacs isn't the only way to boost your libido: According to a recent study, it's not so much about what you eat but when.

The study, led by researcher Alice Ely and published in medical journal Appetite, found hunger may limit a woman's ability to become sexually aroused. So if you're looking to go all night, you best eat up first.

Ely and her team at the University of California, San Diego monitored the brain activity of 20 female volunteers -- half of whom dieted at some point in the past -- as they looked at romantic or sexually stimulating images such as photographs of couples kissing or couples holding hands.

The researchers conducted this test twice: once after the women fasted for eight hours and again after they were fed 500-calorie meal-replacement shakes.

The researchers found all of the women were more responsive to the images after consuming the shakes. This suggested each woman's hunger during the first trial somehow distracted from her ability to appropriately process what she was seeing.

Instead of being irritable and annoyed when you're hungry… once we're sated, then we can get on to better things.

It should be noted, though all of the women were more stimulated after drinking the shakes, the 10 women who dieted in the past showed the biggest upticks in their responses.

Ely remains uncertain why this is, but she believes it may have something to do with their brains' reward systems; it's possible their reward systems were altered after their diets.

The findings make sense to me. I mean, how can anyone focus on sex if he or she is starving for energy?

Feel free to take this as a valid excuse to ditch the salad and chow down on a fat burger during your next date. You'll feel good, and you'll feel sexy.