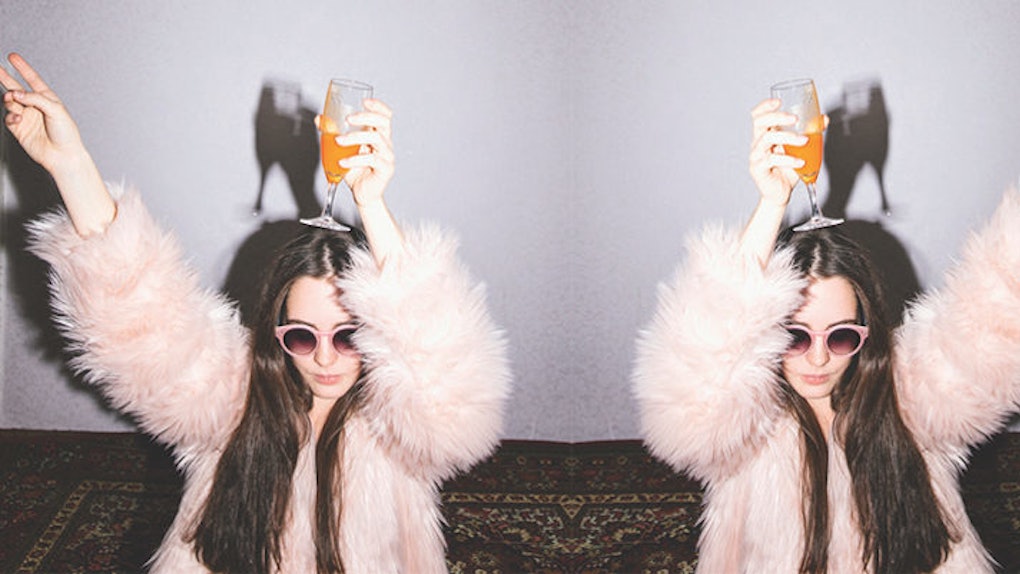 6 Things You Didn't Know About Your Horrible Tequila Hangover

Before I became too old to get wasted, every day was National Tequila Day.

Though I didn't always foot the bill for my parade of Patron shots, I often paid for them with a killer hangover the next morning.

Though it may sound crazy, there is actually a right way to drink tequila.

Luis Daniel Limón is engineer and general manager of La Viñata Los Osuna, a tequila distillery in Mazatlán, México. According to him, there are many methods of avoiding a hangover.

According to his expert opinion, many of our blunders lie in our miseducation about agave.

Blame your tequila hangover on the cheap booze you're guzzling on the reg.

Limón says drinking anything less than 100 percent agave will have adverse effects on your body.

While tequila comes in a Pantone array of shades, it's best to be able to spot the basic hues. Look out for white (silver), amber (reposado) and dark brown (Añejo).

2. Your tequila cocktail is too sweet.

If you find yourself in a seedy dive bar that doesn't serve top shelf tequila, steer clear of sugary cocktails.

Unless, of course, you want to spend your next morning meeting suppressing nausea.

Often times people are ignorant when drinking tequila and they mix it with cocktails high [in] sugar. That’s why they think that tequila is the result of their hangovers when in reality it's the combination.

Instead, reach for a margarita on the rocks.

Limón says the combination of lemon and salt balances out the effects of the alcohol.

That floating worm inside your tequila bottle isn't solely for decoration.

Traditionally, it's a way of drinking the liquid in places like Mexico. However, swallowing it isn't mandatory.

4. Tequila isn't meant to be consumed as a shot.

Shots are a highway to getting drunk.

Limón suggests you take your time.

People who drink shots miss the characteristics and value that the product has. People who continue to drink the tequila in shots are losing the real essence of the product.

5. You're supposed to eat well-seasoned and spicy foods with tequila.

First rule to avoid any hangover? Never drink on an empty stomach.

We all know tequila tastes better with Mexican food, and Limón agrees.

Even if it's not a Cinco de Mayo celebration, a few well-seasoned tacos can help you combat any potential hangover effects.

The greasy food coats the stomach, so you’re not drinking on an empty tummy.

An apple a day isn't the only thing helping your health. Limón asserts that tequila can do a body good.

Tequila increases our senses. [It's] an aphrodisiac. It's great for accelerating metabolism and can help reduce fat.