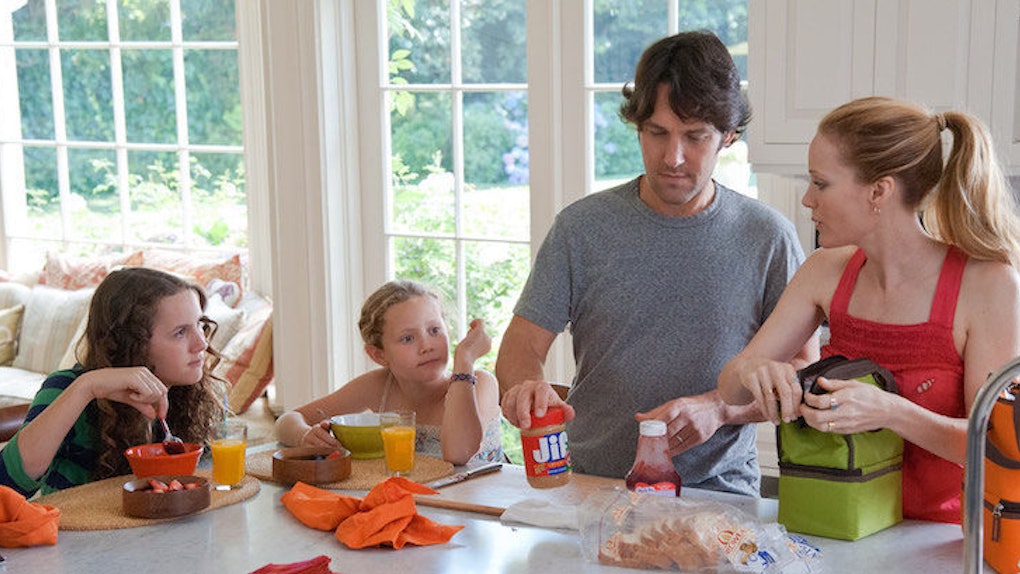 The debate about when parents should talk to their kids about sex has been long and exhausted.

With infinite amounts of information right at our fingertips, kids have access to sexual content now more than ever.

Many parents fear even mentioning sex to their children will instantly result in grandchildren, sick children with STDs or total heartbreak.

However, a new study shows the children of parents who talk about sex make smarter decisions.

The truth is, kids are already influenced and many will choose to explore, so it’s important they know the facts.

Though I’m nowhere near ready to have children, I know I will have many talks with my kids about sex and gender.

I will also openly answer any and all questions. Why?

Because with knowledge, self-esteem, and compassion comes a mutual understanding and (hopefully) smarter decisions.

Here are the five first things I will tell my future kids about the birds and the bees:

With so many forms of protection available and many being developed, it saddens me to see accidental pregnancies among youth.

One of the first talks I’ll have with my children is about protection, including condoms, the pill and other forms of birth control.

More importantly, I’ll talk to my kids about how to have these talks with other people before they choose to explore.

Why is this important to me?

Telling your child, “If you’re not ready to be a parent, don’t have sex” is naïve and unfair. I’ll let my child know if he or she can’t openly talk to a partner about protection options, he or she probably isn't ready.

In ninth grade, I heard a rumor about an older student who had to go to a sexual health clinic to get tested for an STD.

Instantly, I felt embarrassed for her and honestly believed if she had one, she would probably die.

That's ridiculous, right? This is because I had an idea of the risks associated with sex, but I didn’t know the actual facts.

Do you know the majority of STIs can be treated with a pill? I didn’t, and not many young people do, either.

I want my kids to understand the treatment involved with STIs and encourage them to always get tested. There’s no shame in protecting yourself.

Whether I have a son or daughter, the most important thing I want to convey is he or she needs to respect him- or herself and others.

Peer pressure will always exist, and it takes a lot of confidence to not fall into it.

I want my kids to know it’s okay to say no to something they aren’t comfortable with and feel good about it.

I also want them to understand if someone else says no to them, they should understand and appreciate this honestly.

It’s hard to communicate about sex at any age, especially when you’re young. But one thing is simple: No will always mean no.

Though there are still hurdles to overcome, same-sex relationships are becoming more popular and more accepted.

I will always have this in mind and encourage my children to be honest about who they are.

If they decide they want to have sex with someone of the same sex, that’s fine. Let’s talk about preventing infection and evaluating the risks.

I never want my children to live in shame and feel like they can't be themselves.

5. Having Sex Won't Secure A Relationship

If a relationship is meant to work out, it will. Having sex is not only physical, but it can also be an emotional experience.

This may seem obvious, but growing up, I always had friends telling me the things they were trying, how many of them hated it and how it was often because their partners were the ones who wanted it.

Sex doesn’t save a relationship. If anything, it complicates it.

All in all, sex talks are awkward for parents and likely always will be. But armed with the knowledge of protection, self-worth and respect, your kids will be confident in themselves to make the right decisions when the time comes.