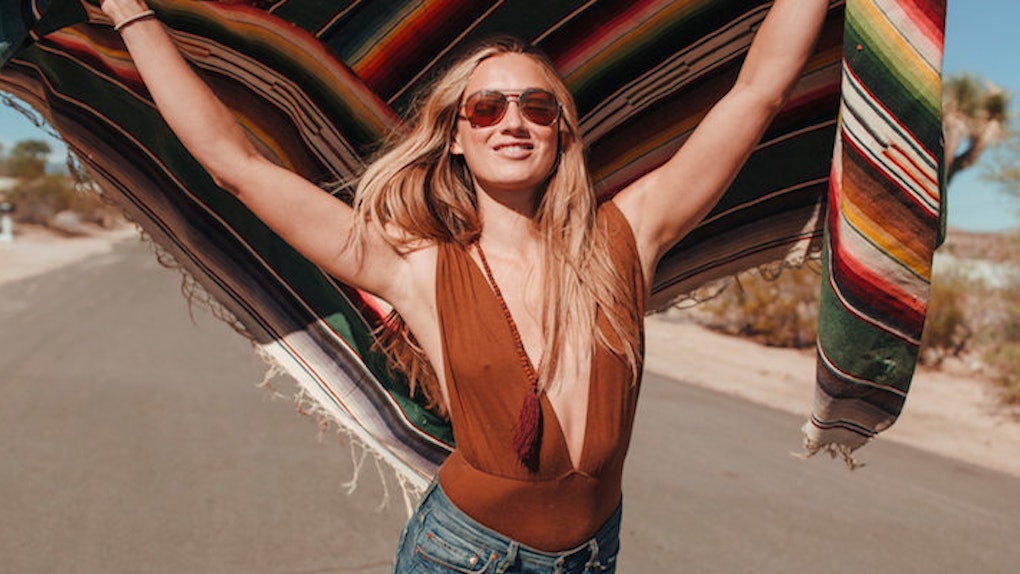 The more powerful one in the relationship is the one less afraid of being single.

Yes, I just quoted myself.

I remember saying it, too. It was to a friend who was fighting with her boyfriend. I told her that worst comes to worst, they just break up. She had been in the relationship so long that I had to remind her of the unbelievable fact that she was, once upon a time, single.

For someone who isn’t afraid of being single, breaking up isn’t this life or death situation everyone makes it out to be. It’s a blessing -- a chance to start anew, to regain that independence you lost along with all those pounds you put on.

That's how I feel about it. Then again, that’s just how I am. I like my solitude, and I need my freedom.

Believe it or not, there are some women out there who aren’t scared to be single. There actually are women who want to challenge themselves and spend nights without anyone to text or dream about.

Yes, there really are women out there who are better off alone.

Some women don’t want the anxiety of a relationship.

Some women just aren't prone to handling the inevitable ups and downs of a relationship. For some, the relationship doesn't bring them pure bliss, but increased anxiety.

If being in a relationship doesn't increase a woman's emotional well-being any more than being single, why run the risk of entering a bad one? For the sake of our sanity, why not stay single?

Some women thrive on the unknown.

The beauty of relationships for many women is the stability. Seemingly overnight, you go from microwaveable dinners to reservations for two and drunken nights with strangers to Netflix dates without makeup. You have someone to take you home, ask you about your day and celebrate your achievements. Sounds perfect, right?

Well, for some women, that's closer to a nightmare.

While a relationship may invigorate some women, it hampers others. Waking up every morning knowing exactly where your life is headed can be the opposite of "happily ever after." For women who thrive on adventure and spontaneity, a long-term relationship can feel like the end of the road.

Some women only need to fall in love with themselves.

There’s a relationship that takes a lot more work and time than the one with the person you’re having sex with. It’s ironic, but it’s easier to figure out how to love someone else than how to love yourself.

The women who take the time and effort to learn who they are and how to love themselves are usually the ones eating alone. They're their own date, and they're not ashamed of it. They'd rather eat by themselves than across from someone who doesn't fulfill what they're looking for.

Maybe these women have tried to find love from others or just aren’t ready for it yet, but they've taken the harder route and given themselves the necessary time to fall in love with themselves.

Some women don’t want to compromise when they can have it all.

Is there anything more satisfying than doing something for yourself? Single women are reliant on no man and no stigmas. If they don't know how to do something, rather than ask someone who does, they'll teach themselves. If they don't like their job, they'll quit. There's no partner they have to advise or dream they have to share. They do everything they want without the consultation of anyone else.

When a woman starts depending on a man, however, no matter how self-sufficient she is, she feels like she’ll never know if she can truly make it on her own. And that feeling -- when you're independent but part of a pair -- makes it feel like your wings are cut. You want to soar, but you have to make sure your partner is willing and ready to fly along with you wherever you want to go.

For years, women have been scorned with the stigma of being single. Relationships are great for some people, but why should a woman feel guilty for choosing to go without one?

When you're happily single, why give up a good thing?