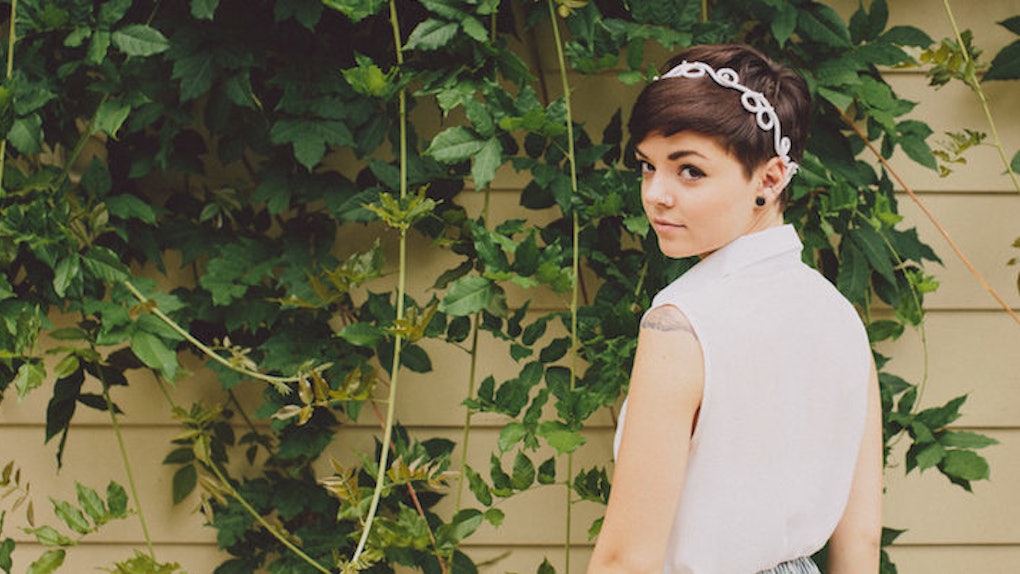 I still remember when the class clown in fourth grade called me a dyke. I didn’t understand enough English to know what that word meant at the time, and I had to look it up in the dictionary.

I wasn’t terribly upset about that word at the time, but I knew I looked different from all the girls in my class. I had short hair cut like a boy. I didn’t care about fashion, and wore oversized jackets and loose grey pants, even on free-dress day at a Catholic school. I never wore skirts, and I didn’t care for jewelry.

The experience taught me about what it's like to live as a woman in America.

I had just arrived in the US after leaving China, and while I was getting by speaking English after just a few months in fourth grade, I didn't know there would be even bigger cultural hurdles to overcome:

After being called a dyke, I realized how much American women are valued by their looks.

That's not to say the average Chinese woman doesn’t care about appearance. Beauty and youth are prized in China, and if you're not married by a certain age, you are called a “leftover.”

It's not exactly a feminist country.

What I learned in America, however, was that women were proud to be women.

In China, there was always this undercurrent of women not being appreciated because families wanted to have boys instead of girls.

If you visit China, there are many women who rock the androgynous look with short hair and sporty outfits. Some women look less stereotypically feminine, and it's a cultural norm.

I would like to assert I am not a lesbian, and I had no problems being called one. But after that incident, I realized how much the American woman had to measure up to in terms of femininity.

I realize the term was meant to offend, but I knew there was more to being a woman than just the physical appearance.

It's okay to be the "unwanted" daughter.

My parents never got along when I grew up, and when my father left the family, I was incredibly angry and deeply wounded. I wondered what I had done to make him leave.

My family told me he was disappointed I was born a female, and I took it to heart. For a very long time, I tried to be a son. I tried to be as masculine as possible with my appearance, subconsciously wishing for some sort of approval.

Everything I did screamed, “Look at me! I’m just as good as what you want! Look how hard I’m trying!”

The term that was used to "offend" me by the class clown was another woman's identity.

In subsequent years, classmates asked me if I was a lesbian, and a friend just told me to say no. I really had no strong issues regarding the question, simply because my definition of femininity was very fluid.

I learned I was not only defined by my femininity or sexuality, but also by my personality.

You can't make everyone happy.

No matter how much you dress up, put on makeup, talk like they do or walk like they do, people will inevitably have opinions. And the more vocal ones will try their best to bring you down.

It's not their fault; they are simply triggered by some inner insecurity and projecting that onto you.

There’s no point in addressing the negativity. You simply have to move on, be who you are, embrace those you love and do your best to carry on being your badass self.

I am grateful for that little, naive kid in fourth grade who taught me some very important lessons about being a woman in America.

It’s a lesson I would have never learned in any textbook, and it helped me to adapt to my new homeland, with my crappy fashion sense, short hair and all.

You can follow Li Lin for more at Twitter @LiLinSays, and you can read more at her blog over at www.Li-Lin.Net.