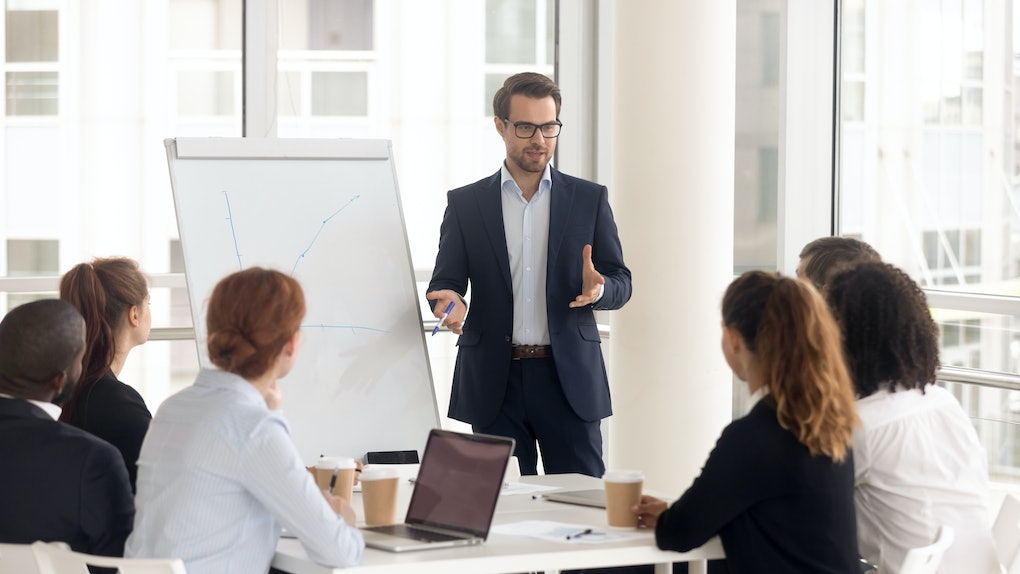 Goldman Sachs, Tinder, Hooters and Yahoo!. What do these four companies have in common?

It’s not just their business successes that have them listed in the same category. All three conglomerates have been slapped with sexual harassment lawsuits in the last year.

The finance industry is already known to produce a male-dominated culture, so perhaps it's no surprise that three female former Goldman Sachs employees have pursued legal channels for what they’re describing as sexual harassment and discrimination during working hours.

Originally filing in 2010 and now hoping to turn their complaints into a class action lawsuit, Cristina Chen-Oster, Shana Orlich and Lisa Parisi all allege that they were subjected to biased and downright unprofessional behavior while working for the financial institution, like being taken to strip clubs and even sexually assaulted by a male colleague on the way home from a work event.

After Wolfe ended the romantic relationship she had been in with Mateen, he allegedly continued to send her messages calling her sexist names like “slut” and “whore.”

When it was confirmed that Mateen had sent messages of “inappropriate” content, he was given a slap on the wrist, being placed on suspension by the company.

Hooters also faced a sexual harassment claim from former Cincinnati waitress Sara Steinhoff, who testified that managers tried to force her to go home with them and forced them to endure other demeaning behavior on a daily basis.

Just this month, an Ohio court unanimously found Hooters at fault, awarding Steinhoff $250,000 in punitive damages and another $25,000 for her emotional distress.

Yahoo!’s sexual harassment case marks a departure from lawsuits that typically feature male defendants, as Maria Zhang, a female senior engineering director for Yahoo! Mobile, was the target of the complaint.

Nan Shi said that Zhang, her supervisor, pressured her on multiple occasions for oral and cyber sex in exchange for a “bright future” at the company, and was eventually terminated when she contacted Human Resources about Zhang’s behavior.

These cases are all clearly different, but their similarities make them distinctive: In each case, it’s a female employee who claims to be the victim of a hostile work environment due simply to her gender.

But it’s also notable that these four examples show that the mistreatment of female employees in the work environment can’t simply be blamed on a frat-like corporate culture, where men more often than not solely comprise the senior-level positions.

Because while it’s true that men are still better represented in industries like finance and technology, it doesn’t account for the fact that the allegations made against Yahoo! were based on the behavior of a female supervisor, who works under another prominent female leader, company CEO (and general female advocate) Marissa Mayer.

Clearly, misogyny is a toxic mindset that can permeate the judgement of both men and women alike.

It’s true, it's easier for the male-female employee relationship to become the one who’s most often exploited because men are more easily able to write off women’s complaints as unfounded.

As Wolfe attested, when she brought up Mateen’s inappropriate aggression to other senior partners at Tinder, they dismissed her concerns as “dramatic” and “annoying.”

So it’s not just the sexist, boundary-overstepping employees who foster a work culture in which women are easily victimized or ostracized, it’s the entire work culture itself, in which female employees are often seen as secondary to their male counterparts, complementary instead of commanding in their own right.

According to the US Bureau of Labor Statistics, 59 percent of working-age women were a part of the labor force in 2009, marking a 43 percent increase from the last four decades.

Society is clearly still adjusting not just to the rising number of working women, but to the increasing presence of women in senior-level and more authoritative and expansive work roles.

These sexual harassment lawsuits are one legal channel that women have to combat a reticence to accept them into the workforce as serious and hardworking employees who must be properly respected.

By refusing coercion and mistreatment from higher powers in the company, whether these executives are male or female, women are claiming their right to fair employment.

Are these numbers decreasing because discrimination and harassment is as well, or people simply more hesitant to risk their job and reputation when making these claims against a colleague or superior?

The EEOC study doesn't show that information, but it should at least be assuring that when there are those — like Chen-Oster, Orlich, Parisi, Wolfe, Steinhoff and Shi, among others — who are willing to come forward and demand justice for wrongdoing, media outlets provide them with an additional platform to tell their stories.

Hopefully, with a continued interest in how women are treated while at work, these office spaces can become more inclusive of their rights and interests.